LA VERNE/SAN DIMAS – The Bonita Unified Board of Education appointed Jim Elliot to fill an open seat on the Board during a special meeting on Sept. 15.

After a lengthy interview process, Elliot – a former BUSD board member – was selected to fill the seat vacated by Krista Chakmak when she resigned in August. Immediately after the selection, Board President Chuck Coyne administered the Oath of Office. Elliot’s appointment will run until the general election to be held in Nov. 2022.

“I am honored to return to the Bonita Board of Education and I am proud to be part of this process at such a critical time for the District,” Elliot said. “I have an unapologetic love for the District and am committed to focusing on what is best for our children.”

Elliot previously served 14 years on the Board, from 2003 to 2017. Elliot is CEO of California Correctional Health Care Services, a position he has held for 11 years.

The Board interviewed seven candidates for the position, asking a series of questions and allowing each candidate an opportunity to give a closing statement. Candidates were sequestered during the interviews so that they could not hear each other’s responses.

Speaking to the Board, Elliot cited his leadership experience and passion for serving his community, listing his top three priorities for Bonita Unified as a continuing comprehensive response to COVID-19, management of long-term fiscal health, and preparing the District to transition to a by-trustee election process.

Elliot has two children who are Bonita Unified graduates. He has served on the BUSD Finance Committee, the Allen Avenue School Site Council and the Budget Development Advisory Group. Elliot is active as a community volunteer in San Dimas, and serves as a board member for several organizations, including the McKinley Children’s Center and the San Dimas Festival of the Arts.

“I wholeheartedly welcome Jim Elliot back to the Bonita Unified Board of Education,” Superintendent Carl Coles said. “I know Jim to be a man of great integrity, with tremendous passion for education and serving his community. I want to acknowledge all the candidates for their courage and dedication. Among all of them, the commonality was a focus on how we, as a District, can continue to positively impact the lives of the students of BUSD.”

Following the interviews, Coyne thanked the candidates for their thoughtful responses and commitment to the District.

“We had a group of very qualified candidates who did a tremendous job and showed a genuine dedication to the students of Bonita Unified,” Coyne said. “We would have been lucky to have any one of them serve on our Board.”

BUSD_ELLIOT: Jim Elliot will serve as a provisional appointee to the Bonita Unified Board of Education. 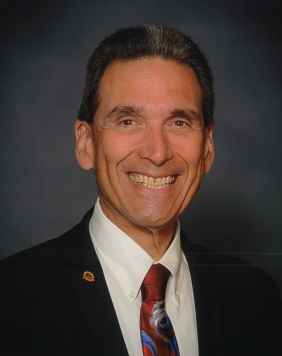