SAN DIMAS– SAN DIMAS – LA VERNE/SAN DIMAS – The nearly 8,000 community members who turned out for the 47th Annual Smudge Pot game on Sept. 14 were clearly divided behind their pick to win the coveted trophy, but the entire stadium united in thunderous applause when two rival players were recognized for academic achievement.

In a pre-game ceremony, crowds swathed in blue and gold cheered along with fans adorned in green and white as the top scholars from Bonita and San Dimas High School varsity football teams were recognized by Bonita Unified Superintendent Carl J. Coles.

Representatives from the Marine Corps presented the academic achievement awards to seniors Jacob Horne of Bonita High School and Nicholas “Nicco” Guerra from San Dimas, for their impressive accomplishments in the classroom.

Horne, a member of the varsity basketball and football teams, earned a 4.4 GPA. Horne plays wide receiver for the Bonita Bearcats.

Guerra, a lineman for the Saints, sports a 4.2 GPA. Guerra represented San Dimas at Boys State in 2018-19 and is also a member of Link Crew, which mentors freshmen as they transition to high school.

Coles called the success of students like Guerra and Horne a credit to Bonita Unified’s commitment to preparing all students to live their purpose by providing ample opportunities in academics, athletics, arts, and activities.

“Our students compete against one another in sports, but against themselves in the classroom, challenging themselves to grow, learn, and succeed,” Coles said. “These two athletic scholars exemplify what Bonita Unified is all about: well-rounded students who strive for excellence in all of their pursuits.” 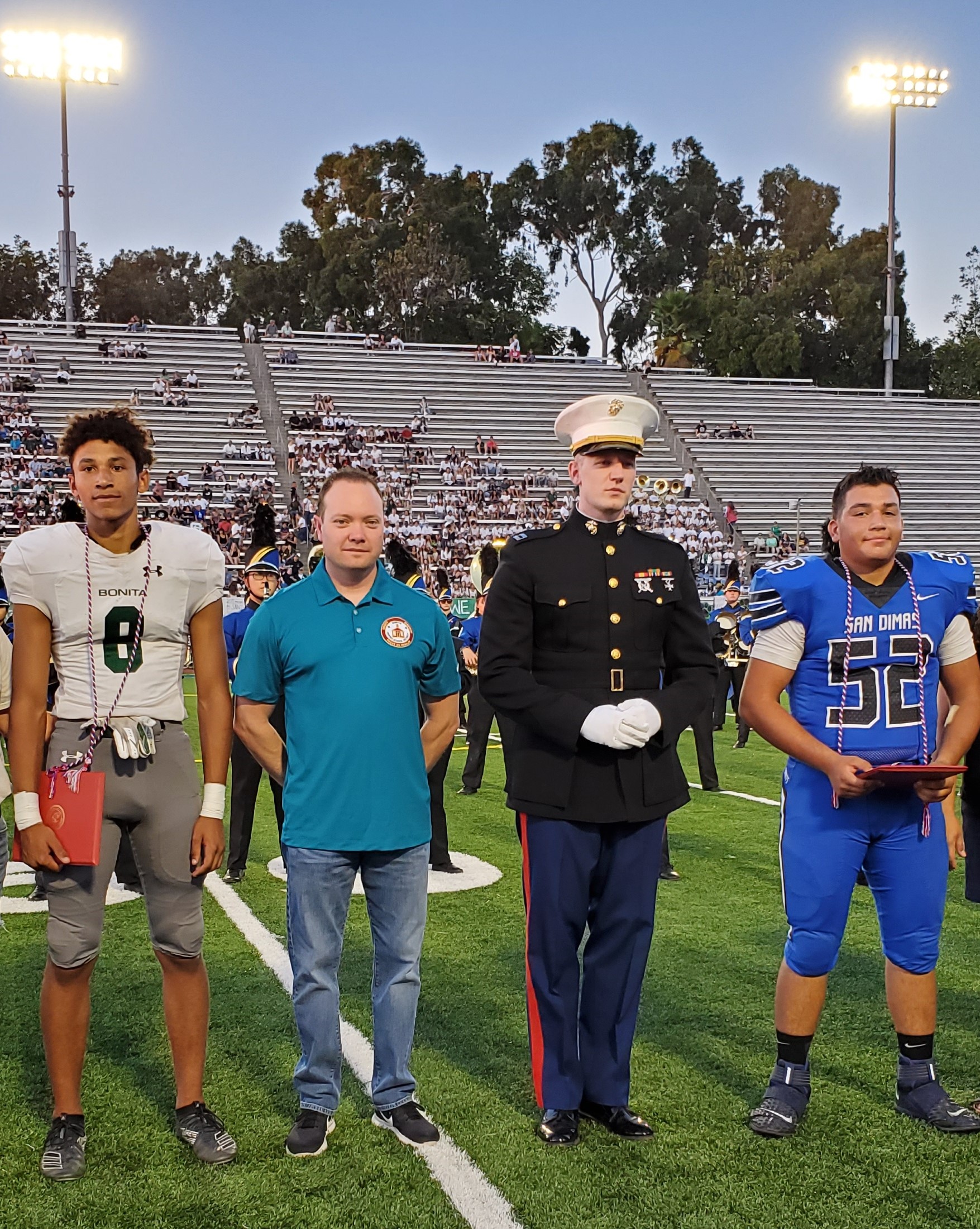