SAN DIMAS/LA VERNE – San Dimas High School culinary arts students found the recipe for success at the 2022 California ProStart Cup, where they matched their culinary and entrepreneurial skills against the top high school programs in the state, taking home more awards than any other school during the competition.

San Dimas High finished in the top three in the ProStart Cup’s two signature team competitions, the Culinary Cup and the Management Cup, and earned numerous accolades during the fast-paced individual condiment topping competitions. San Dimas High was the only school to place in every contest, held this spring at the Long Beach Convention Center.

“I could not be more proud of our culinary team,” San Dimas High culinary teacher Nick Brandler said. “They have worked so hard, staying late, coming in on weekends, dedicating themselves to their craft. It is heartwarming to see them rewarded for their efforts. They were the last team to go and it made them nervous, but they did their best work. The culinary programs at Bonita Unified are one big family and everyone helps out and roots for each other.”

“I had the honor of being captain of this amazing team and watching it all come together,” Shaffer said. “Our vision was to win and not just compete and it pushed us all to another level. I can’t say enough about the San Dimas High culinary program. Not only have I been honing my own culinary skills, but I’ve also been learning management skills. The ProStart Cup was a truly memorable experience for me.”

In the Management Cup, the SDHS restaurant design and concept team of seniors Sydney Tatevossian and Bryce Blaz pitched their idea for “Tate’s,” a proposed restaurant targeting patrons looking for low-carb options and featuring food “so delicious it feels like cheating.” Tatevossian and Blaz won third place for their concept.

“Going to this competition was the best experience I have ever had,” Costa said. “Everything about it was amazing, from watching all the people who I got to know through weeks of practice earning medals, to miraculously winning two medals myself. I just hope I can go back and do this as many more times as humanly possible.”

The Bonita Unified Culinary and Restaurant Management programs, led by Nick Brandler at San Dimas High and his wife Laurie Brandler at Bonita High, worked in tandem for the ProStart Cup, traveling to the event together, helping each other prep for the two-day competition and cheering on their friends. Bonita High also had a successful meet, finishing in sixth place in the Culinary Cup.

The Culinary and Restaurant Management pathways are coordinated through ProStart, a nationwide, two-year program that helps high school students develop their culinary techniques and management skills, providing real-world opportunities that inspire students to build foundations for their professional futures.

“Bonita Unified takes great pride in establishing programs, like our culinary arts pathway, that allow students to be creative, collaborate with others and develop relevant skills to prepare them for professional success,” Superintendent Carl Coles said. “Congratulations to all our ProStart Cup participants for their teamwork and sportsmanship, and for representing our robust culinary programs with pride.” 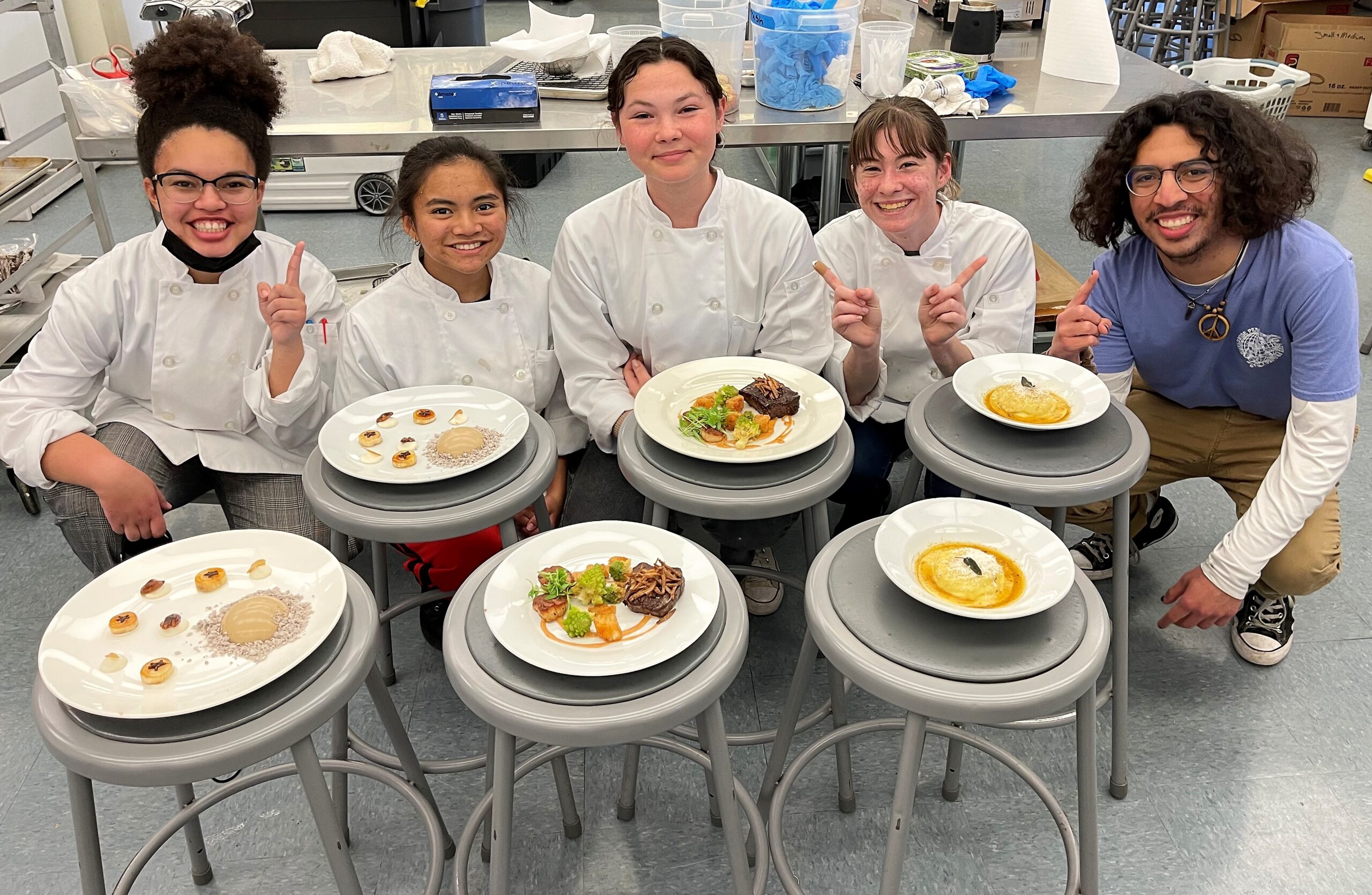