SAN DIMAS/ LA VERNE– Bonita Unified culinary arts students cooked up a recipe for success during the 2019 California ProStart Cup, with four student teams earning accolades and scholarships ranging from $3,000 to $6,000 for their kitchen, management and innovation skills.

The ProStart Cup, held March 15-16 at the Sheraton Fairplex Hotel & Conference Center, brought more than 200 students from across California to compete in three contests: the Wurstkuche Innovation Cup, the BJ’s Restaurant Culinary Cup and the BJ’s Restaurant Management Cup.

“The ProStart Cup is a game-changer for me,” San Dimas High School senior Christian Kavak said. “The camaraderie of both schools, working so hard to support each other, makes me want to continue my education in the culinary arts field.”

San Dimas senior Marina Wilson and junior Laura Siu took first place in the Innovation Cup for their app, Star Box, which allows customers to order food on their smart phones, then travel to a drive-thru and pick up their order, which is stored in an eco-friendly, climate-controlled container.

“We are learning the fundamentals of the restaurant industry, what is acceptable and what you should know to run your own restaurant,” Morrison said.

“We are overjoyed for our students, who have spent long hours preparing for this competition,” said Bonita High culinary arts teacher Laurie Brandler, whose husband, Nick Brandler, is her counterpart at San Dimas High. Both Brandlers teach the ProStart curriculum required to participate in the Cup and act as advisers for the students.

ProStart is a nationwide, two-year high school culinary arts program developed by the California Restaurant Association Foundation, which administers the competition with Cal Poly Pomona’s Collins College of Hospitality, which provides the scholarships.

BONITA_CULINARY CUP_1: Bonita Unified students celebrate their selection as champions at the 2019 ProStart Culinary Cup. Teams from Bonita and San Dimas High Schools not only placed in three contests but also won individual scholarships ranging from $3,000 to $6,000. 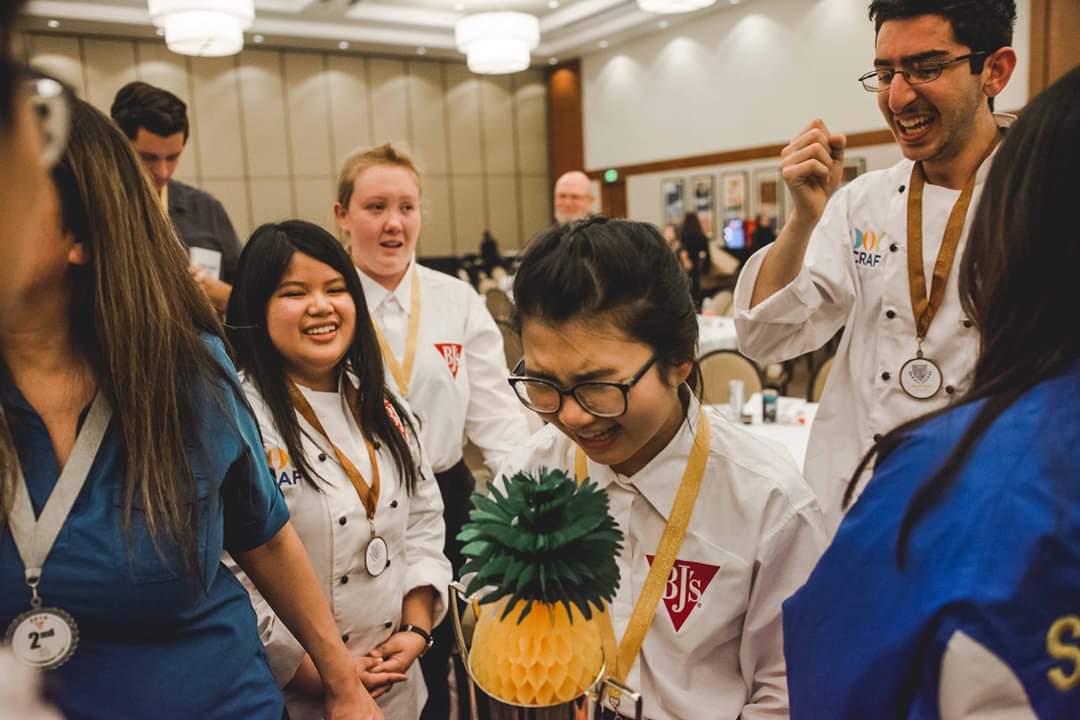