In a full-circle moment, Leyva will return to march the 5.5-mile parade route in the 2022 Tournament of Roses Parade – this time, as part of a 270-member marching band consisting of band directors from across the United States.

“When you have the privilege to perform in the Rose Parade, you’re very aware that it’s likely a once-in-a-lifetime experience,” Leyva said. “To be able to do it again, all these years later, is truly special. I am so excited to be able to share this opportunity with my students and hope it inspires them.”

Leyva said music has been a constant fixture in her life since age five, when her mother enrolled her in piano lessons. From there, she learned to play the violin, but said her passion for music – and inspiration for becoming a music educator – ignited when she switched to band in junior high school and picked up the French Horn.

“I absolutely adored my junior high band director; she played the French Horn, like me, and really was the catalyst for why I became a band director,” Leyva said. “She was incredibly supportive and inspiring from the moment I met her, and I wanted to make the same kind of impact on others that she made on me. She continued to support me even as I started my career and I will always be grateful for her.”

Leyva, who is celebrating her 25th year of teaching music, came to Bonita Unified in 2009. She serves as the band director at Lone Hill Middle School and teaches introductory band classes at Allen Avenue, Ekstrand, Gladstone and Roynon elementary schools, where she aims to excite students about the arts at an early age, provide them with a sense of belonging and develop real-world skills in responsibility, collaboration and leadership.

Such efforts earned Leyva recognition as Bonita Unified’s District Teacher of the Year in 2015-16.

“Like so many of our educators, Kelly Leyva has made a lasting impact in the lives of her students, and we are thrilled to see her be celebrated for her work on a national and world stage,” Bonita Unified Board of Education President Derek Bahmanou said. “We congratulate her on this accomplishment and will be cheering her on.”

The Saluting America’s Band Directors project, which consists of the combined parade entry of the marching band and float, is sponsored by the Michael D. Sewell Memorial Foundation. Based in Pickerington, Ohio, the foundation recognizes and continues the work of the late Mike Sewell, who dedicated his life to the school and community music programs in Pickerington and the Central Ohio area for almost 40 years.

“Kelly Leyva embodies what makes Bonita Unified truly special – she is a world-class educator who not only fosters a love of the arts and helps student develop their skills and talents, but is also incredibly talented herself,” Bonita Unified Superintendent Carl J. Coles said. “She is an inspiration to our students and our community, and we look forward to seeing her perform in the Rose Parade.”

BUSD_BAND_LEYVA: Bonita Unified band director Kelly Leyva will perform in the 2022 Tournament of Roses Parade as part of the Saluting America’s Band Directors project, which consists of a parade float honoring band directors and a marching band of 270 band directors from across the country. 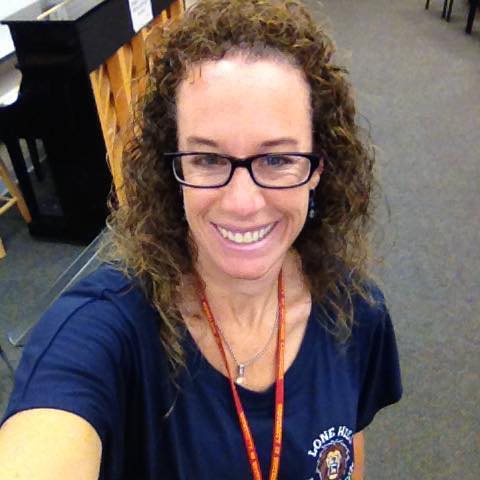