LA PUENTE, CA – Torch Middle School sixth-grader Andrea Kamatoy and Edgewood Academy sixth-grader Marcus Zavala stood on a grassy field at Citrus College, checked the sky directly above them for flying objects and waited for the green light to launch their first rocket.

With a whoosh, Kamatoy’s and Zavala’s plastic orange Level Zero rockets soared more than 150 feet in the air, trailing tiny tails of smoke before parachuting to the ground.

The Bassett Unified students had just completed their first lesson in aerodynamics in the 3-2-1 Blast Off! Rocketry program, part of a District partnership with the Citrus College physics department. “I like the way the rockets launch,” Zavala said. “That is why I joined 3-2-1. I wanted to learn how rockets work.”

Two dozen Torch and Edgewood students are enrolled in 3-2-1 Blast Off! – the second year that Bassett Unified has partnered with Citrus College to teach sixth-graders the basics of rocket science. The extracurricular program began in September and will conclude in March.

3-2-1 Blast Off! students travel to Citrus College and meet with student mentors who are members of Citrus College’s Rocket Owls team, under the guidance of physics professor Lucia Riderer. Over the course of several class sessions, the 3-2-1 Blast Off! students learn how to design, build and launch Level Zero and Level One rockets, develop a rocket payload, analyze data and create a final presentation based on what they have learned.

“I have learned to calculate the drag coefficient for a rocket, and the inside and outside forces that give you liftoff,” Kamatoy said. “When we get to the bigger rockets it will be more challenging, because there will be so much more detail.”

To create their Level Zero rockets, students submitted a design plan detailing all of the components of the rocket and wrote essays on the purpose of their mission. The 3-2-1 Blast Off! lesson plan also introduces the students to basic principles of physics.

“3-2-1 Blast Off! is a hands-on program that really clicks with the students,” Citrus College student mentor Johanna Chazaro said. “You should see the way the students light up when they are building their rockets. They retain the physics very well. It’s really nice to see.”

After building and launching two rockets, mentors will work with the Bassett students on their final presentation, training them to present their material in a professional manner. Students will deliver the presentations at an awards ceremony on March 6, 2019. Students will receive a certificate of completion.

“3-2-1 Blast Off is an amazing program, and a great way to introduce Bassett students to the wonder of space flight,” Bassett Superintendent Debra French said. “By partnering with Citrus College, we are giving our children the opportunity to acclimate to higher education and realize that their dreams are within reach.”

10272018_BASSETT_Blast_1: Torch Middle School and Edgewood Academy students assemble Oct. 27 before launching Level Zero rockets they designed and built with the help of Citrus College student mentors, as part of a program designed to introduce students to the basics of physics and rocket science.

10272018_BASSETT_Blast_2: Torch Middle School and Edgewood Academy students and their Citrus College student mentors prepare Level Zero rockets for launch Oct. 27 as part of the 3-2-1 Blast Off! Program. The program runs through March. 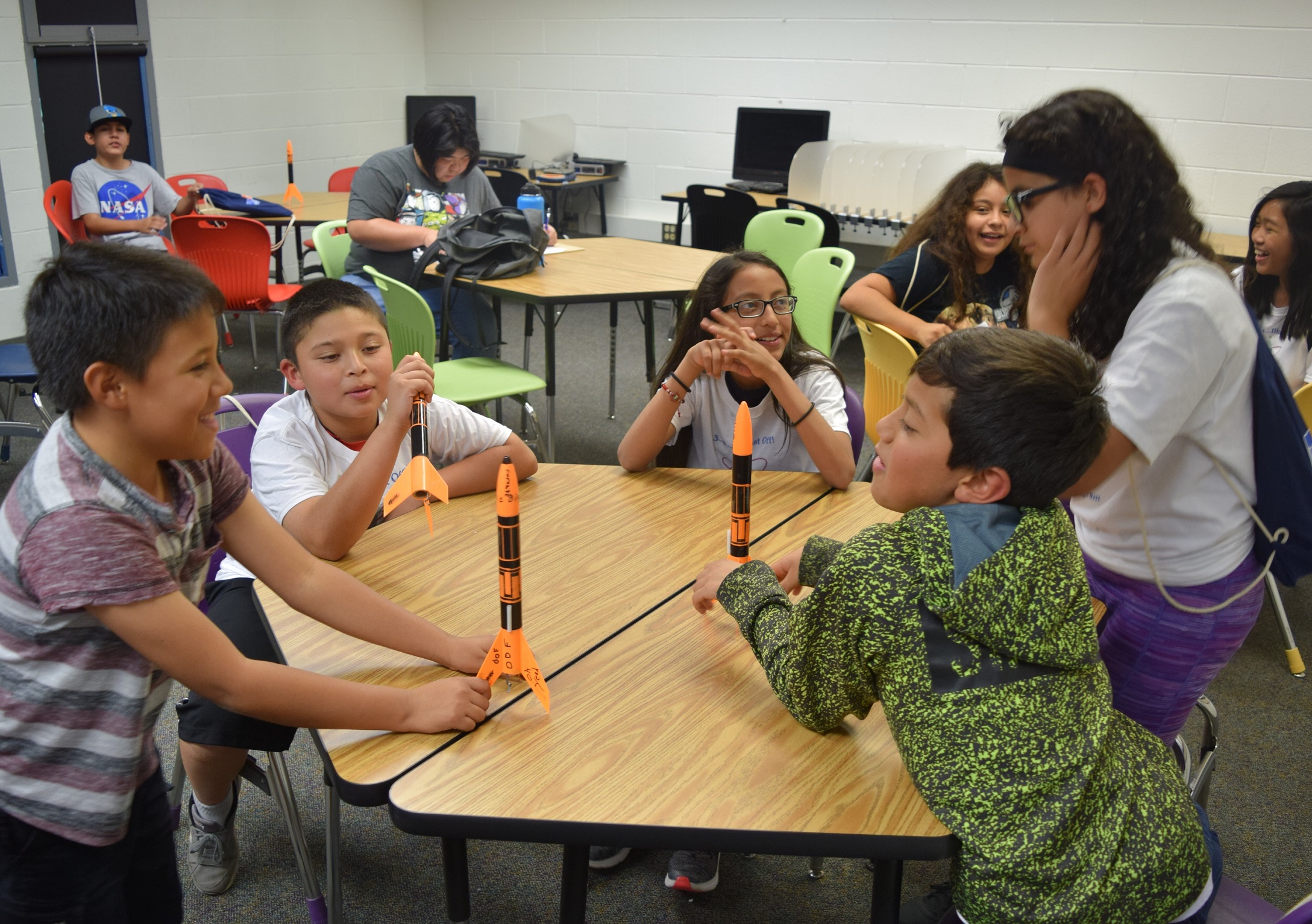 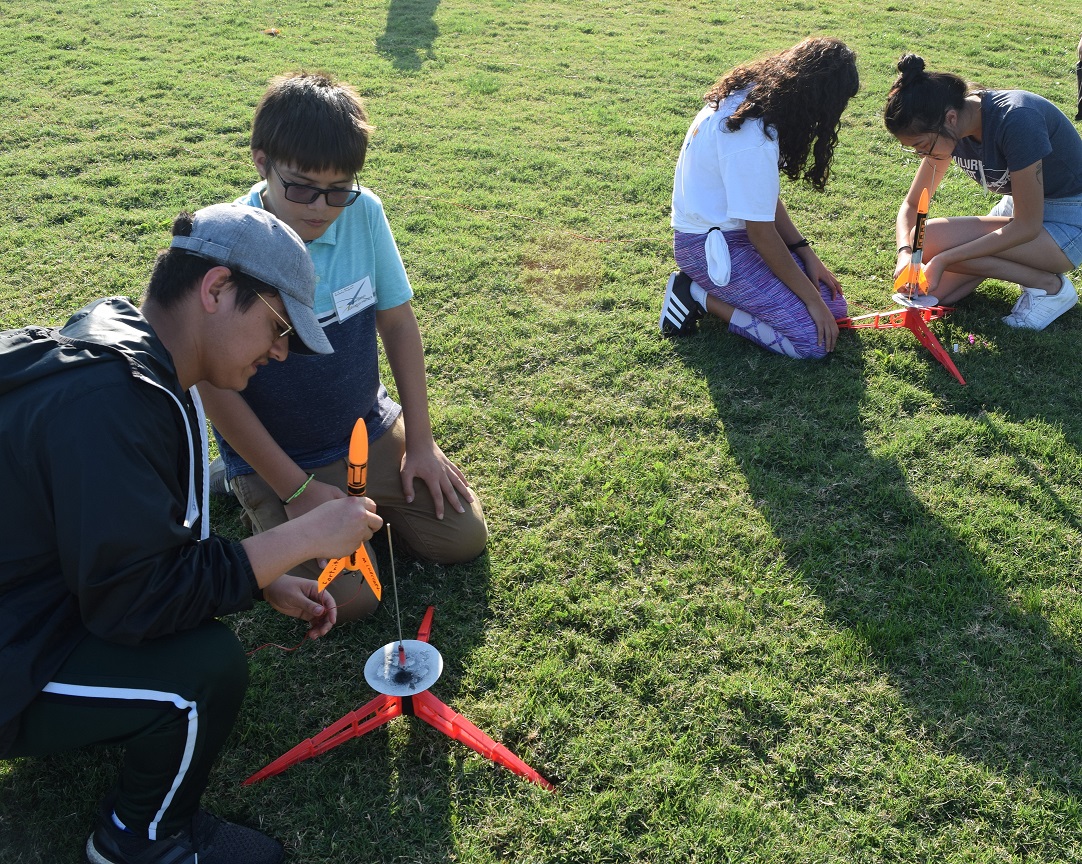