LA PUENTE – A Don Julian Elementary second-grader, Joseph Valdez, battled 10 rounds as one of the last three contestants in the Bassett Unified Spelling Bee’s kindergarten through second-grade competition until just one thing stood between him and first place: The word “penalty.”

Valdez began to spell, paused, and restarted – sparking an immediate inquiry by the judges over contest protocol. Satisfied that his pause did not violate National Spelling Bee rules, they awarded him the coveted first-place prize.

“I was nervous, but it was fun!” Valdez said.

One competition was held for students in kindergarten through second grade and another for third through eighth grade.

In the second competition, fourth-grader Chelsea Xu took first place after getting to round 28 against two other opponents and spelling “leaflet” for the win. Xu will advance to the Los Angeles County Scripps Regional Spelling Bee at North Hollywood High School on Saturday, March 9th.

“It’s a great feeling, knowing that all of my practice and studying is what made it possible for me to win,” Xu said. “I am going to have to study a lot more for the next one.”

Xu will be joined by the first-place winners from each Bassett campus Bee held in December. (See lists of winners below.) Students who qualified for the District Spelling Bee were the first, second and third-place winners for their campus Bee.

“Students develop their spelling skills, vocabulary knowledge and speaking skills through this event,” Puente said. “We are proud of the hard work the students, families, and teachers have invested in preparing for this event, and thankful to Bassett Unified for supporting our student’s achievements.”

“Bassett Unified is committed to empowering our students to be successful. We are proud of our students’ demonstration of perseverance and courage,” Superintendent Debra French said. “We thank both our staff and students for their dedication and wish them continued success as they compete at the next level.” 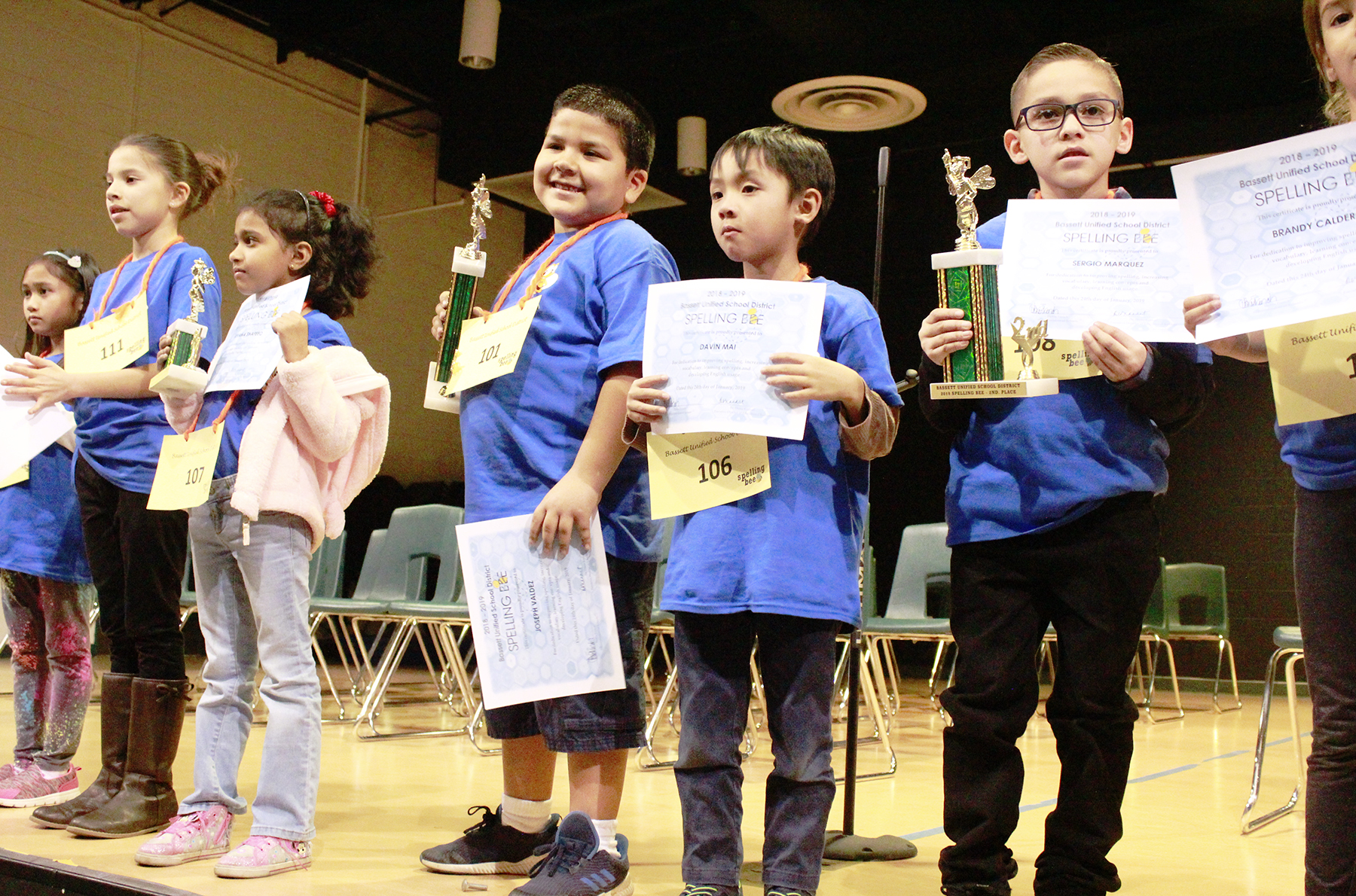 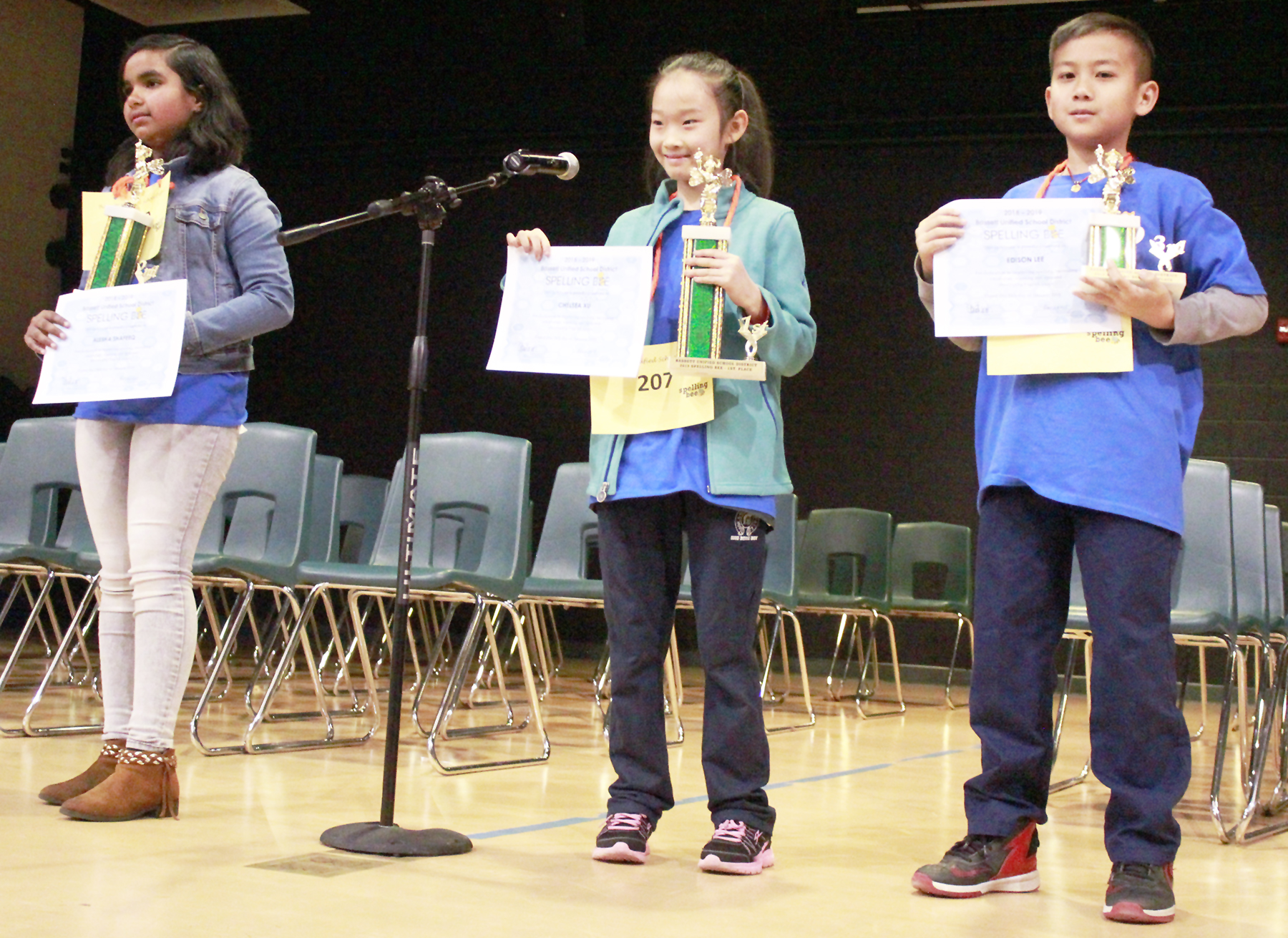