LA PUENTE, CA – Natalia Urbina, a junior at Bassett High School, bounced a Yorkshire Terrier puppy in her arms as about 15 more Dachshunds, Yorkies and white, fluffy Maltese puppies ran, jumped and played with a handful of laughing classmates during a much-needed break from finals.

“The puppies were great – there were three little Weiner dogs that were the best ever to cuddle with,” sophomore Miroslava Bustamante said. “They really helped me calm down and believe that everything will be okay after taking my math final.”

Urbina, a member of both ASB and Bassett Connects, helped curate three de-stressing events, beginning with arts and crafts, aromatherapy, followed by yoga and meditation.

“It felt good to play with the puppies and to see the event we worked so hard on to finally be happening,” Urbina said. “I am right in the middle of finals so this definitely helps a lot to take my mind off of everything.”

As small groups of students entered the room, their faces lit up with smiles at the sight of the puppies, all wagging their tails, ready to help distract the students from the tension of testing. The event, held during lunch time, was open to students who signed up during the previous events.

Senior Stephanie Candeleria took pictures with friends while playing a game of fetch with two of the Maltese puppies.

“The puppies were really great; they are just so cute and playing with them and holding them really helped me to relax after taking my chemistry final,” Candeleria said.

The idea for puppy play came from leaders of Bassett Connects, a club funded by a $20,000 grant from the California Teachers Association’s Institute for Teaching. The club, launched in 2017, is led by Activities Director Christina Topjian. Topjian learned about the grant at an Institute for Teaching conference that focused on strength-based learning, which emphasizes helping students discover their individual strengths and learning styles.

“We focus on finding the issues that actually matter in students’ lives and find ways to incorporate that into the education process,” Topjian said. “And now the puppies are here and the kids just love them.”

Taking care of student mental, emotional and social health is a part of enabling them to reach their educational goals, according to District leaders.

“Bassett Unified cares about the well-being of our students in all aspects of education, including their emotional and social health and how that relates to them achieving their goals,” Superintendent Debra French said. “Bassett Connects is a wonderful reflection of the District’s values and goals.”

Bassett Connects is working on a connection expo in March that will offer college and career workshops.

12.11.18_BASSETT_PUPPIES1: Sarah Nguyen, a senior at Bassett High School and a member of Bassett Connects, plays with puppies at lunch time, taking a much-needed break between her finals.

12.11.18_BASSETT_PUPPIES2: Desiree Alvarado, a senior at Bassett High School and a member of ASB and Bassett Connects, took time during lunch to forget about the stress of finals and hold, pet and play with two little Dachshund puppies. 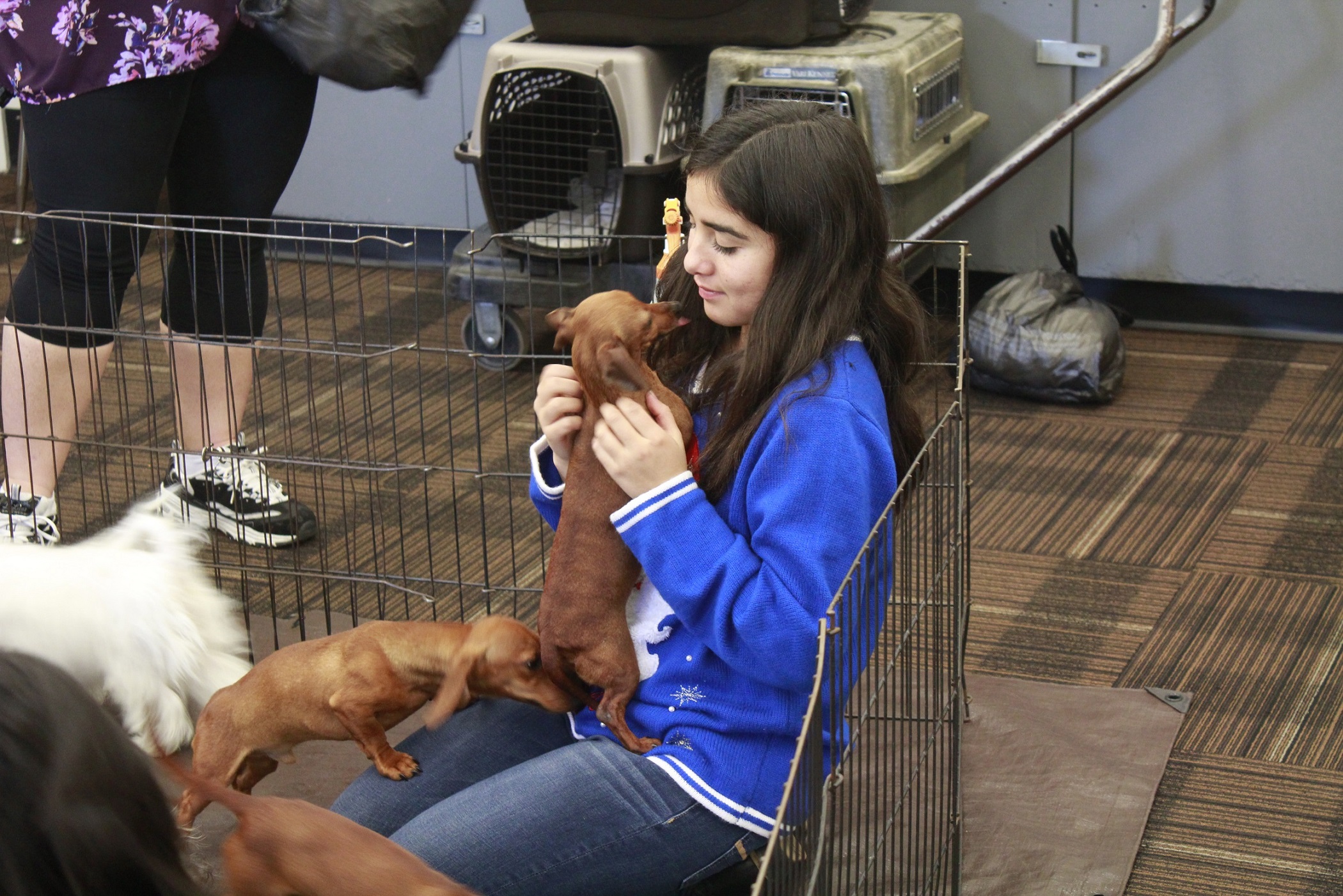 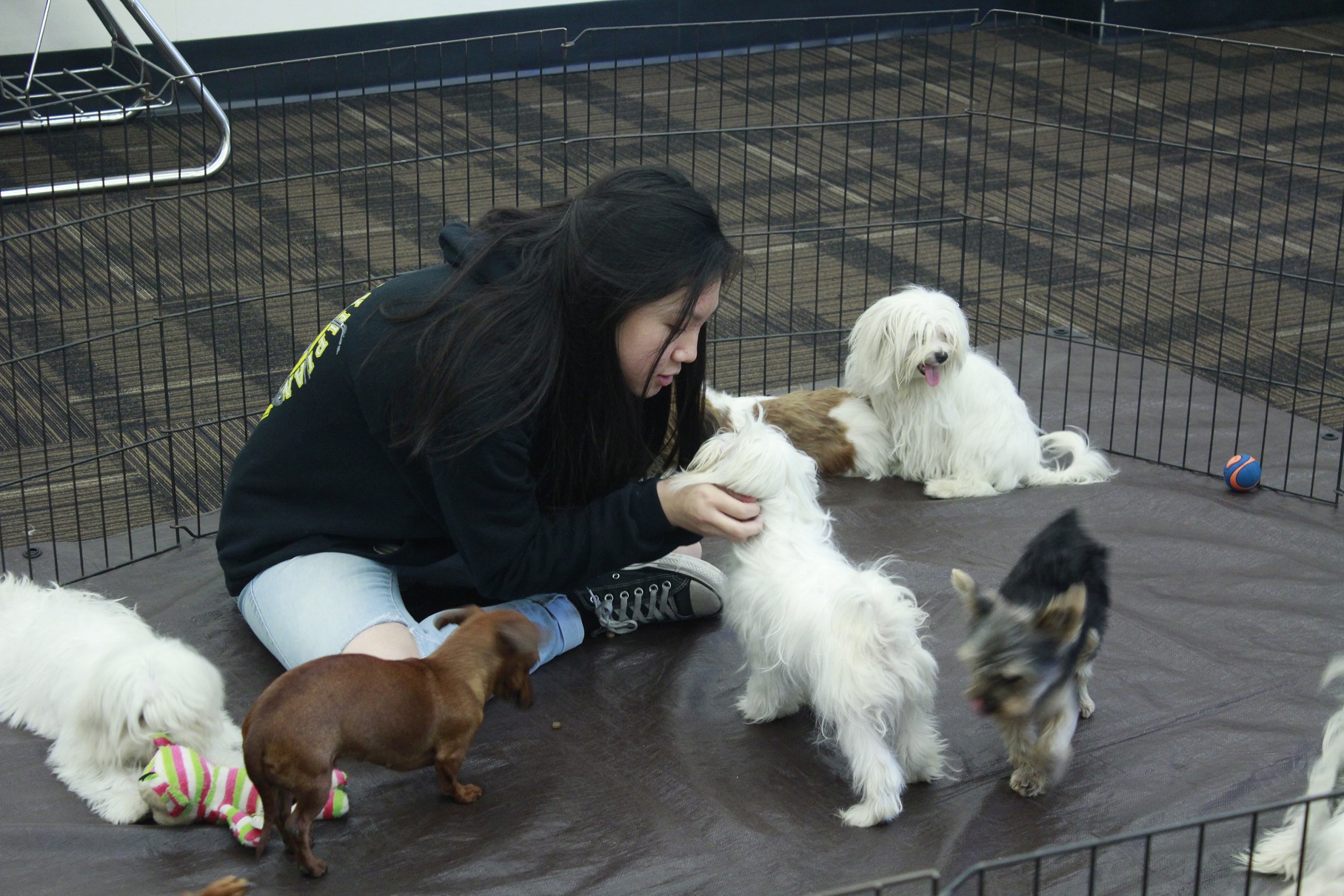