BANNING, CA – The spirit of the Renaissance came to life for students from Susan B. Coombs Alternative Education when New Horizons High School transformed their campus courtyard into a colorfully bedecked Renaissance Faire on April 14.

The event served as a form of project-based learning for New Horizons High School students, who were inspired to study history, early English and foundational concepts in mathematics in order to create an authentic experience for all of the alternative education schools in Banning Unified School District.

During the Faire, students participated in a choreographed dance, which was performed around a maypole they built and brightly decorated. Following the dance, students reveled at a live fencing performance from Desert Fencing Academy.

“I didn’t know anything about the Renaissance before and I’ve never seen fencing in person,” said Anthony Jones, 12th grade student and king for the day. “This is cool and I learned a lot. I also worked hard practicing the dance and making a coat of arms.”

As planning and preparation for the Renaissance Faire was underway, students conducted research that allowed them to organize historical activities such as leather embossing, making plaster casts and constructing a large bubble wand with wooden rods and string.

Students also created a personalized coat of arms, wrote their own Shakespearean sonnets and created educational displays about concepts developed in the Renaissance like algebra, trigonometry, exponentiation and perspective drawing.

To capitalize on their learning, New Horizons students utilized concepts in English and mathematics to create their decorations, including signs with fundamental vocabulary from early English and bunting composed of 307 symmetrical cloth triangles.

“Coombs Alternative Education is very much a family where learning is hands-on,” Site Administrator Melissa Lee said. “While helping students complete their education and receive their required credits, we do our best to motivate them by making their learning engaging, memorable and fun.”

“The community at Susan B. Coombs Alternative Education does an exceptional job of preparing students for the next step in their education,” Superintendent Dr. Natasha Baker said. “The teachers go above and beyond course completion, creating impactful learning experiences that allow students to create something spectacular.”

RENAISSANCE_3: Students from Susan B. Coombs Alternative Education enjoy a performance by Desert Fencing Academy during the Renaissance Faire on April 14. 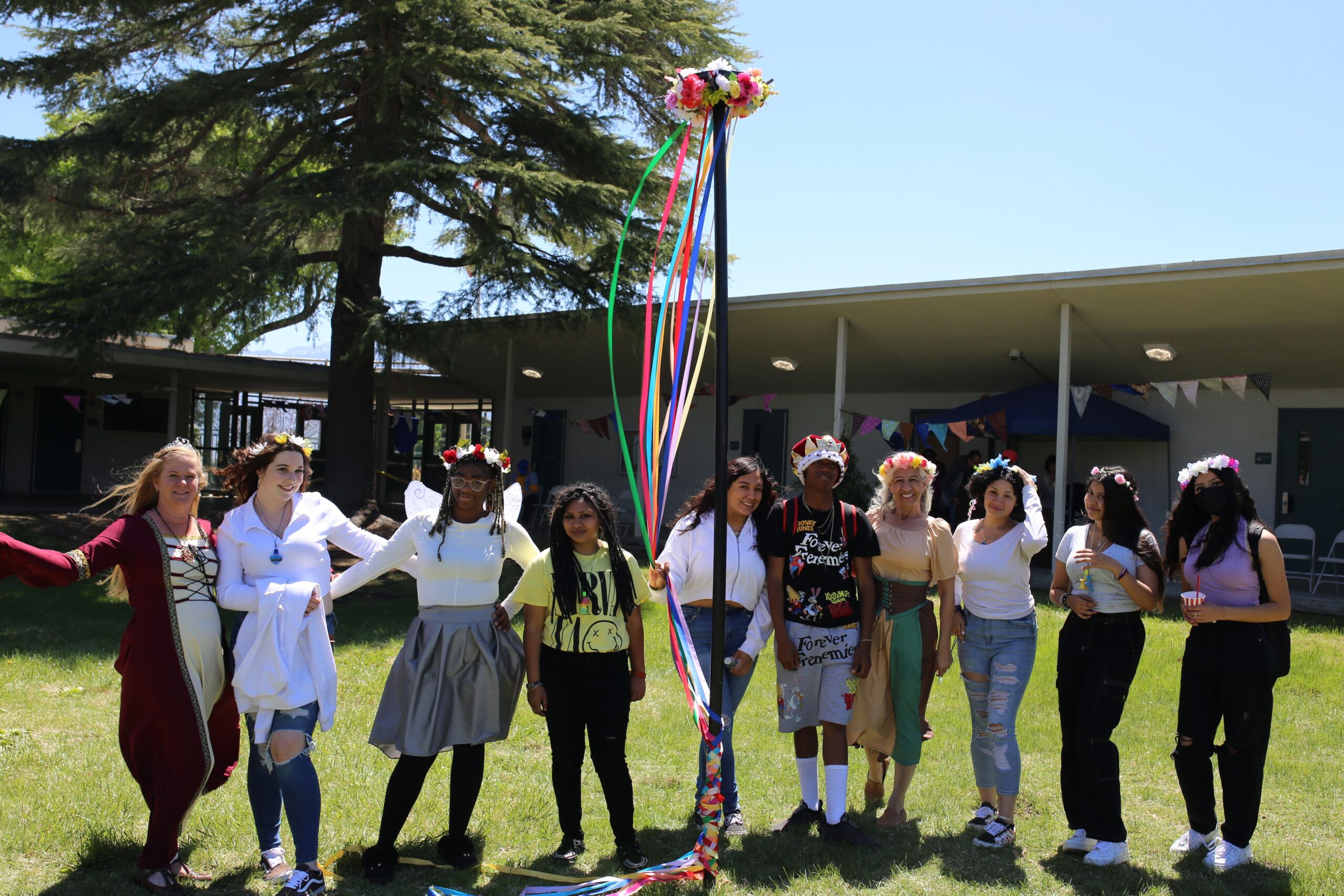 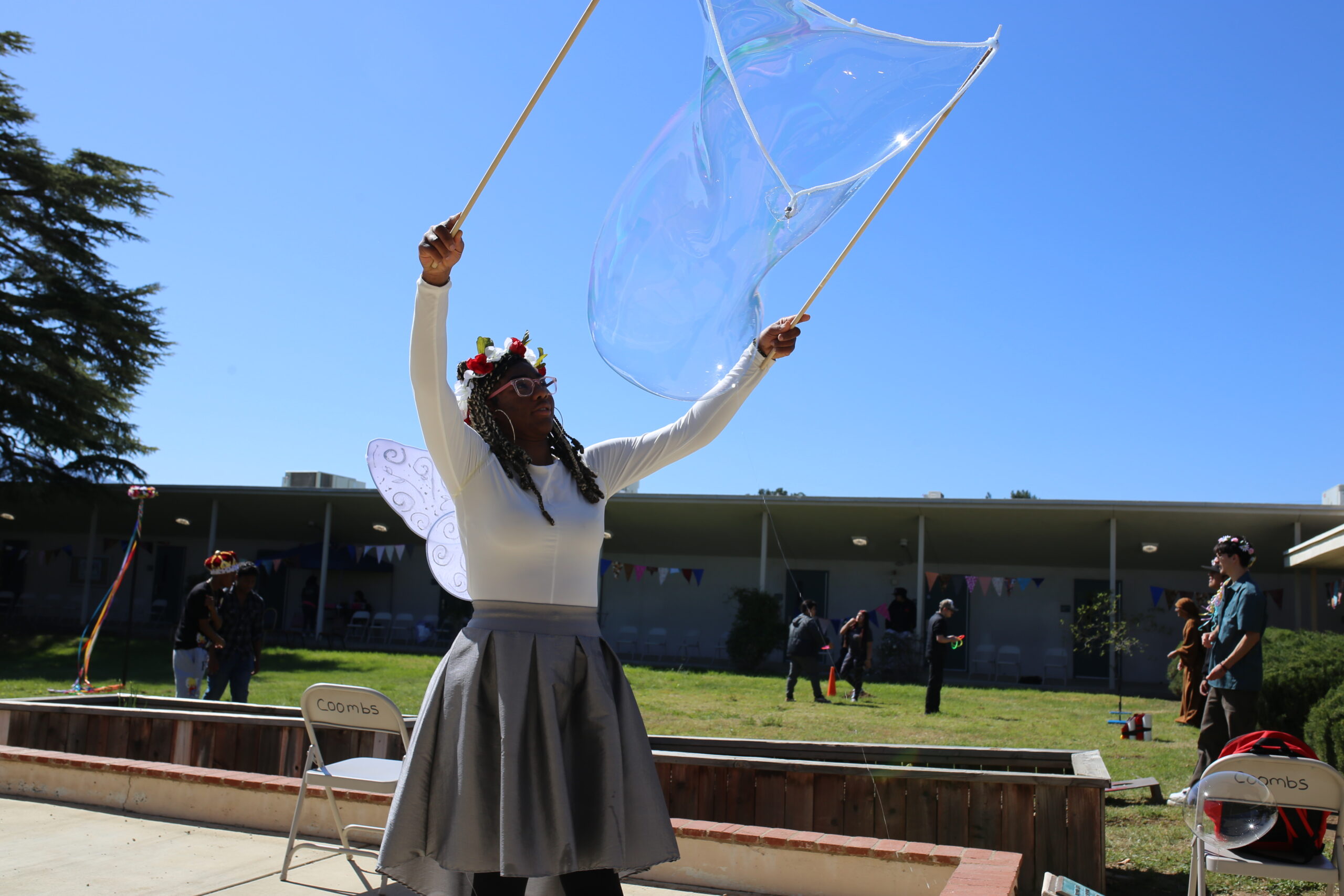 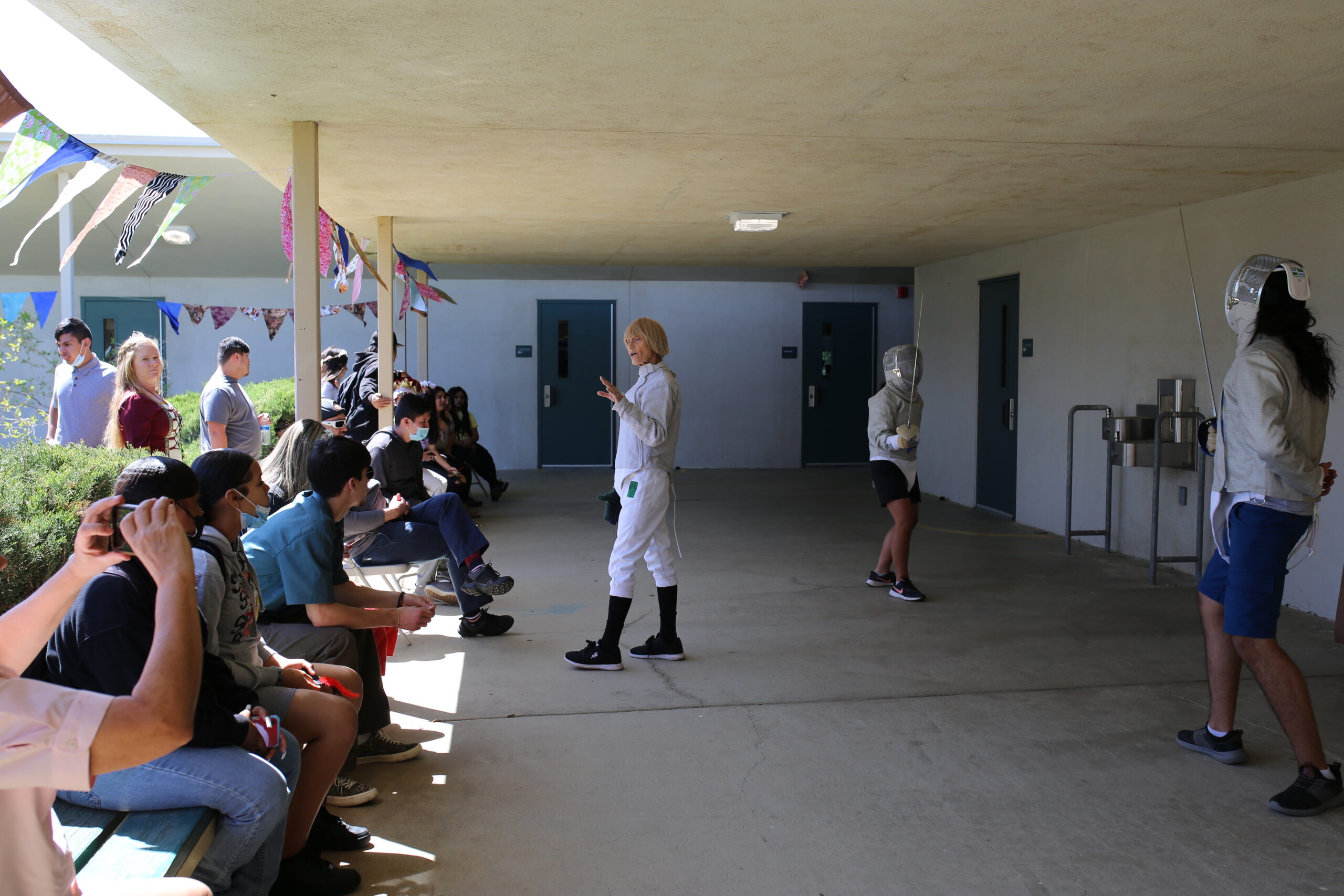