BALDWIN PARK – Students in Fernando Saldana’s Elwin Elementary classroom pencil letters in an ancient language, illuminating a concept behind a complex contraption that involves a confusing array of pullies, ramps and levers.

Across town at Walnut Elementary, Sal Duran’s students paint a throne and brainstorm ways to launch a message at the conclusion of their daunting device’s operation.

Baldwin Park Unified scrapped its spelling bee in favor of the contest to develop science, technology, engineering, art and math (STEAM) skills. This year, students must create 10-foot-by-10-foot devices that use a series of simple machines (levers, wheels, wedges, screws, inclined planes and pullies) to launch a message.

Students study designs at home in the evenings and on weekends; they construct their simple machines after school and during lunch; then, they link them together. When the devices are finished, the students will videotape them in operation and explain each participant’s role for a panel of judges.

Saldana urged his students to create individual projects early in the campaign before they even knew this year’s task. They meshed the machines together as stages in their device and chose a message.

“It’s just matter of them letting their minds take off,” Saldana said. “I try to get them inspired. I put it in front of them and just told them to create.”

On a recent day, students filled in details and added paint and labels. Fifth-graders Sierra Villagran and Katelyn Haro inscribed a warning to visitors in an ancient language.

“It was cool seeing what we could produce,” Sierra said. “I was surprised at how it all came together.”

Their device is a dizzying mix of materials, including scrap wood and cardboard.

“A lot of our stuff has a lot of wood and cardboard. The task is to use everyday items, and who doesn’t have wood or cardboard stored up?” Sierra said.

Saldana’s students were cautious about revealing too much – they don’t want to tip off their competitors. Duran’s students at Walnut Elementary echoed those concerns. His students conceived their goal and message first; then, they began creating machines to carry out each step in the device’s operation.

On a recent afternoon, Duran assigned a student to be the day’s boss, reminding team members that he was only there to guide them. She handed out jobs to the other students – several painted, Duran helped others connect wood beams. Fifth-graders Paola Tamayo and David Trejo brainstormed new machines for each step.

“The challenge of planning the steps is that you don’t know if will work until you test it,” David said.
The trick, added classmate Alison Nguyen, lies in teamwork.

“We can do really, really amazing things working as a team. You can get work done faster. You have more brains to think, to come up with ideas,” she said.

Teacher Susan McNamara, who leads Gifted and Talented Education (GATE) programming for the District, developed the contest. She said the goal is to spark creative collaboration.

Judges will review the videos on Thursday, April 12, assessing each team’s use of everyday items, design, construction quality, artistic elements, reliability, humor and message. Winners will be honored at a special event on Thursday, April 26.

BPUSD_RUBE_1: Elwin Elementary School fifth-graders Sierra Villagran and Katelyn Haro paint a warning in an ancient language on the outside of their team’s Rube Goldberg device as part of the Baldwin Park Unified 21st Century Challenge. 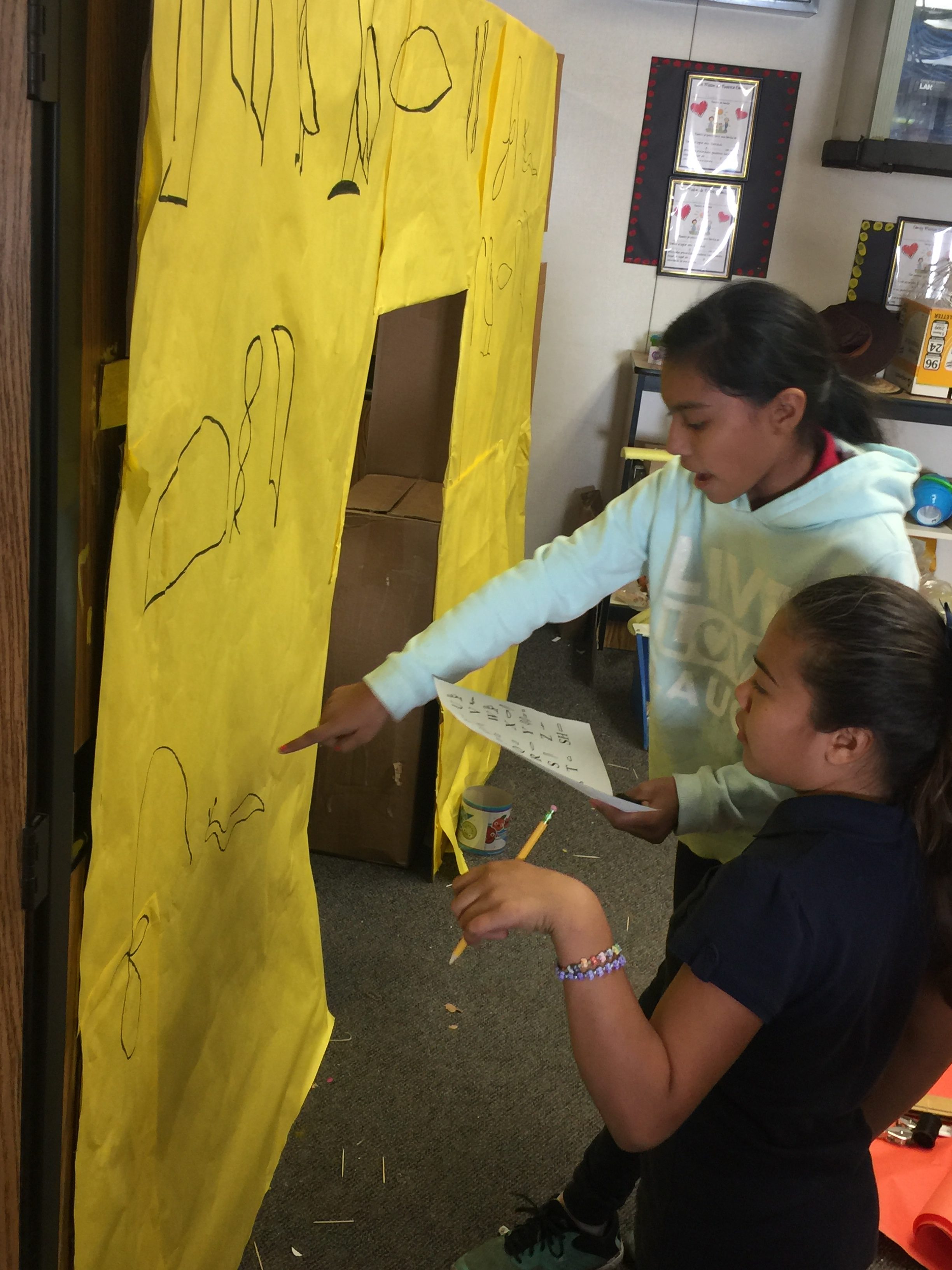 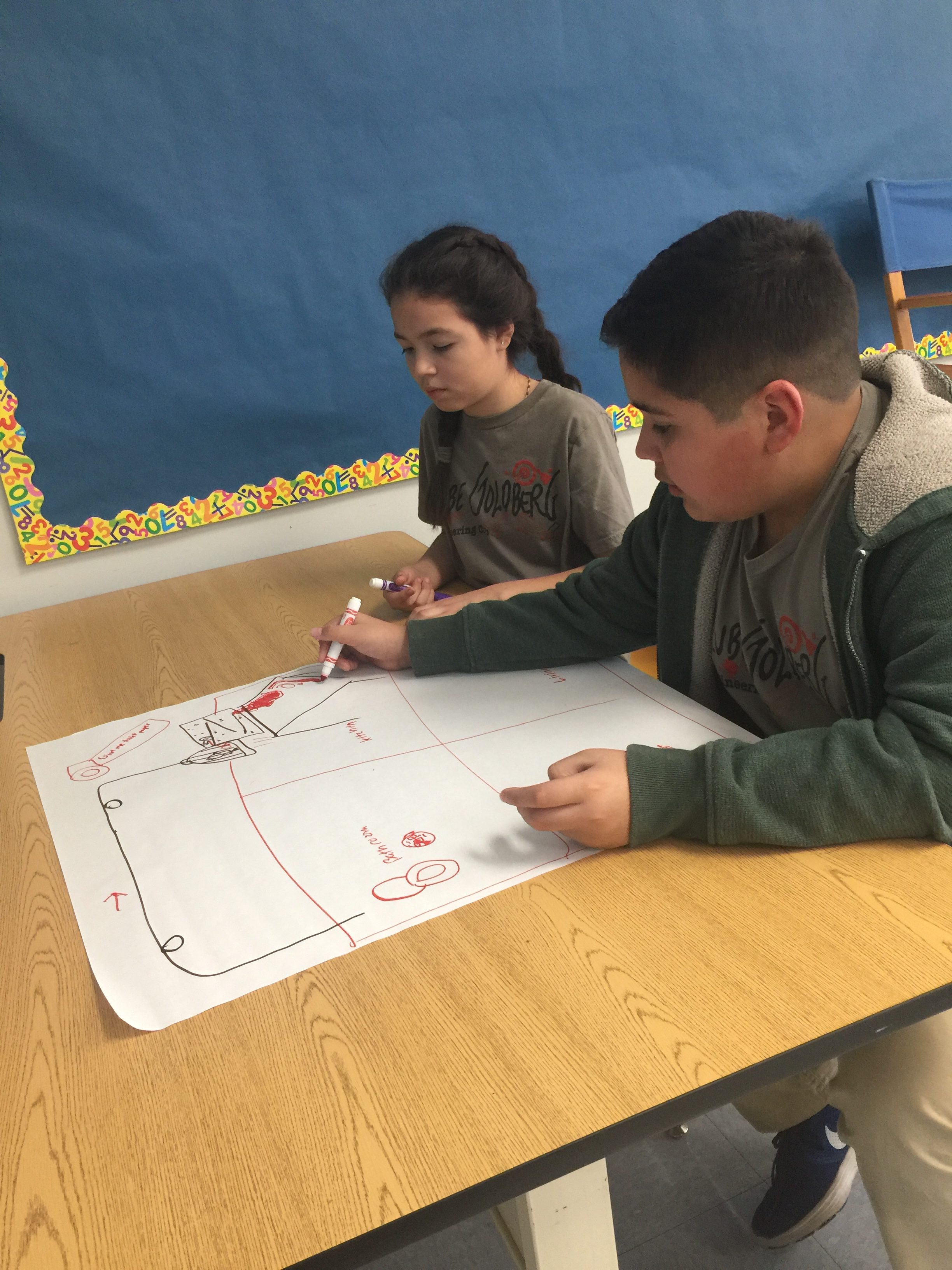