BALDWIN PARK – Baldwin Park High School incoming freshman Silence Jackson stunned judges and fellow competitors with her documentary “Rebuild this Wall: The Truths of a Triumph Turned Tragic on Black Wall Street,” earning her the Outstanding in State Award for the junior documentary division at the National History Day competition, held in Maryland.

Last summer, Jackson traveled to The Greenwood Cultural Center and Museum in Oklahoma with her father, where she learned about the atrocities that struck Black Wall Street in 1921. Jackson’s documentary highlighted the prominent African American community and followed its destruction after the Tulsa Race Massacre.

“When I decided on my topic, I went to different teachers for guidance and I found out that hardly anyone knew about what happened, so it drove me to tell the victims’ story,” Jackson said.

“From making the documentary, I learned the value of patience and looking around for information,” Jackson said.
More than 112 students from across the nation competed in the junior individual documentary division in June; Jackson was one of 10 competitors chosen to go on to the final round.

“It is nerve-wracking knowing that I came this far and I’m competing against the best of the best,” Jackson said.

Jackson’s documentary was played for the finalist judges while she stood at the front of the room and watched their expressions – unable to provide any commentary on her work. She was awarded fifth-place in her division.

“Understanding history is important because we can’t understand the future if we don’t know about the past,” Jackson said. “If you don’t know both the good and bad about the past then the past will repeat itself.”

This was Jackson’s second time competing at the national level, and her fourth year participating in the History Day competitions. As a seventh-grader at Baldwin Park Unified’s Jones Junior High School, Jackson advanced to nationals with a project that explored the harsh realities of life for sharecroppers after the Civil War.

Lancaster spearheaded a fundraising campaign for Jackson after she won at the state level to help her reach the national competition.
“Silence is goal oriented, driven and such a well-rounded individual,” Lancaster said. “Not only is she an excellent student, she’s a talented singer, pianist and a tennis athlete.”

This summer, Jackson is getting a head start on her History Day project for 2020, focusing on the theme breaking barriers.

SILENCE_JACKSON_HISTORY: Baldwin Park High School freshman Silence Jackson earned the Outstanding in State Award for the junior division at the National History Day Competition for her documentary “Rebuild this Wall: The Truths of a Triumph Turned Tragic on Black Wall Street.” 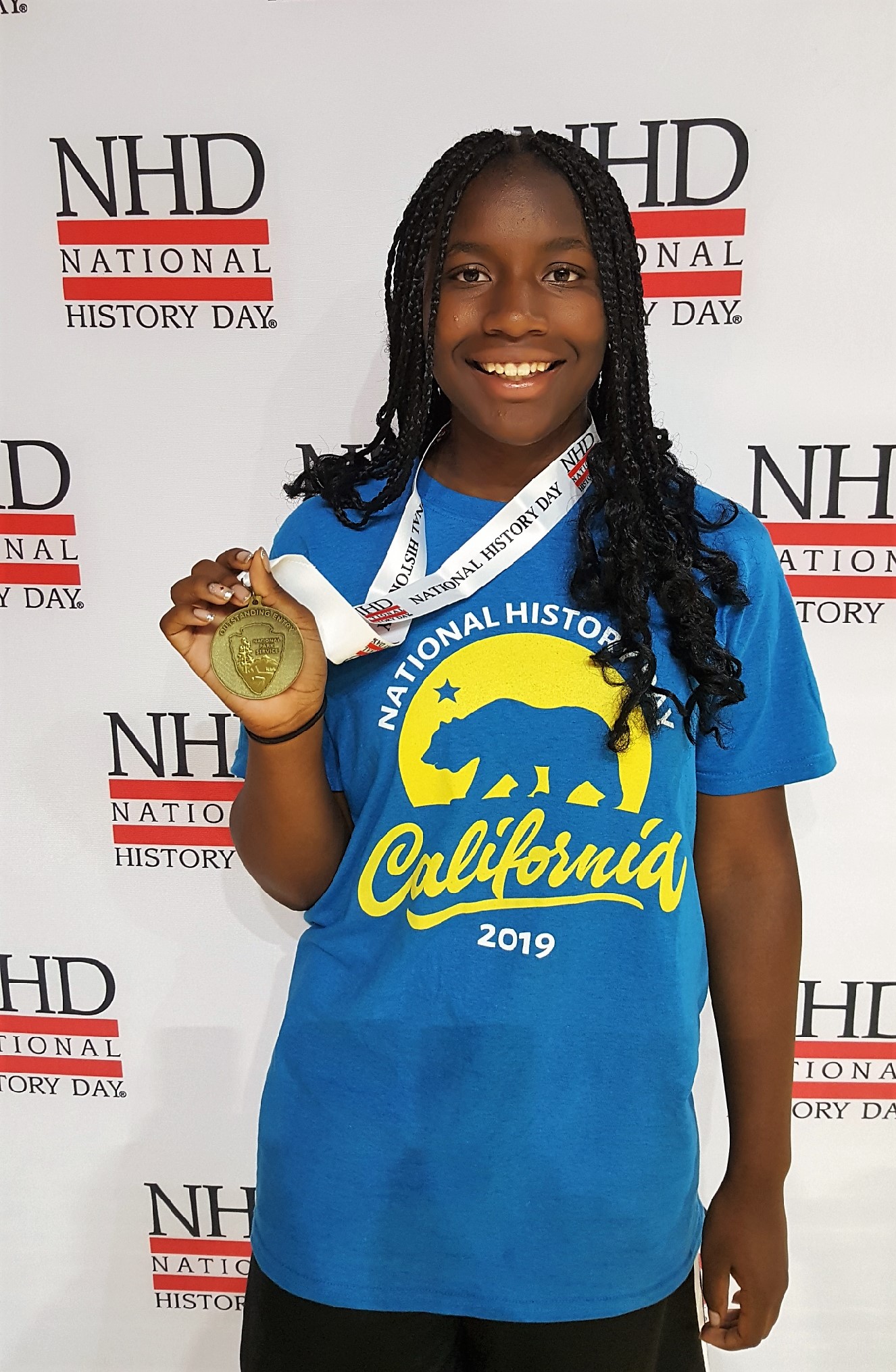