BALDWIN PARK – Jones Junior High School seventh-grader Silence Jackson, inspired by stories told about her grandmother’s life, took home a championship prize at the California State History Day competition on May 5-6 and will advance to the National History Day Competition.

Jackson’s project, which was one of two championship entries selected in the Junior Individual Exhibit Division, explored the realities of life for leased convicts and sharecroppers after the Civil War.

“I chose my topic because my grandmother was a sharecropper and all my life I’ve been told stories about her life,” Jackson said. “I learned that slavery didn’t really end after the Civil War, but that it continued in a series of different systems.”

This was Jackson’s second time competing at the state level. In 2017, as a sixth-grader, she took fifth place with a project on Jane Addams, a reformer who pioneered social work in the U.S. and became the first American woman to win the Nobel Peace Prize.

Her first stage of competition was History Day L.A. in March, when she repeated her 2017 success by taking the top county prize.

Jackson said she refined her project thesis in response to comments from county judges and focused on the state competition.

“It was very competitive; I saw a lot of good projects,” she said. “Everyone there takes it very seriously.”

As part of the competition, she was interviewed by judges about her project. Their notes indicate they were impressed with her speaking ability.

The seventh-grader said she was inspired by the projects other students entered, including those using iPads and other presentation formats.

“It was really fun. I saw documentaries and that’s what I want to do next year – a documentary,” she said. “There were so many different topics.”

The national competition will be held June 10-14 at the University of Maryland in College Park, Maryland. 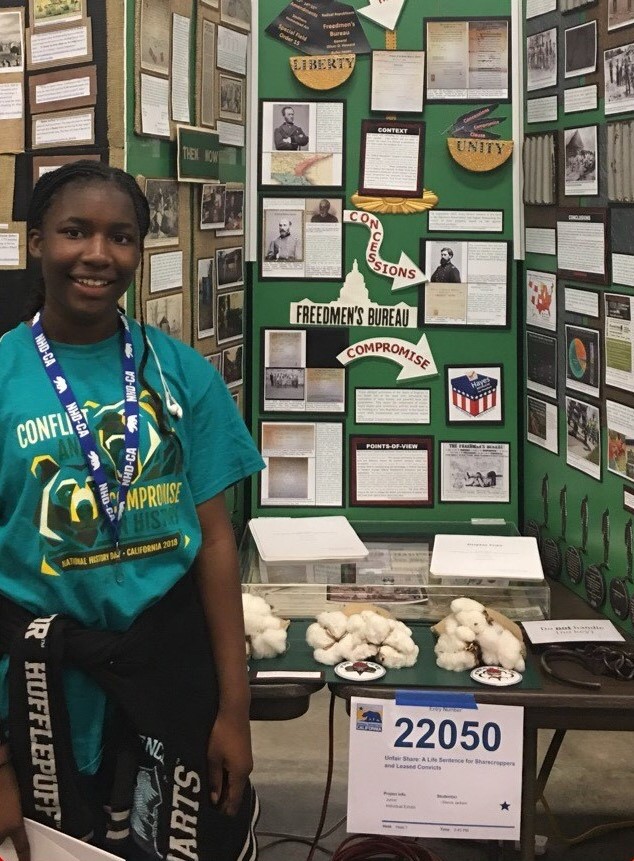