BALDWIN PARK – Baldwin Park Unified School District’s Class of 2019 completed its K-12 educational career on a high note, with hundreds of graduates earning thousands of dollars in local and national scholarships, including a Gates Scholarship.

“Congratulations to our exceptional students – individuals who go above and beyond in their studies and in life, who conquer adversity and who work to achieve their goals,” Superintendent Dr. Froilan N. Mendoza said. “We are exceptionally proud of BPUSD’s Class of 2019 and we can’t wait to see where their passions and interests take them.”

Seniors were evaluated on GPAs, achievements in music and the arts, community service, financial need, and personal essays about educators who influenced their goals.

Sierra Vista High School valedictorian Abrahan Vasquez was named a 2019 Gates Scholar, one of only 300 across the country. Vasquez will study biology at Claremont McKenna College this fall on the all-expense-paid scholarship.

During the District’s annual Joint Scholarship Ceremony, 10 exceptional seniors received a collective $10,000 in scholarships. The top honor went to Vasquez, who received a $5,000 award from the Ramona Burnham Scholarship Foundation.

During the 2019 BPACE Commencement and Career Technical Education Awards Ceremony on May 23, nine graduates were named scholarship winners.

During North Park Continuation High School’s commencement ceremony on June 5, additional scholarships were awarded to Camarena by the American Red Cross and to Morales by the California School Employee Association (CSEA).

SCHOLARSHIPS_2019_1: Ten graduates from the Class of 2019 earned academic scholarships during the annual Joint Scholarship Award Ceremony, held on May 16. 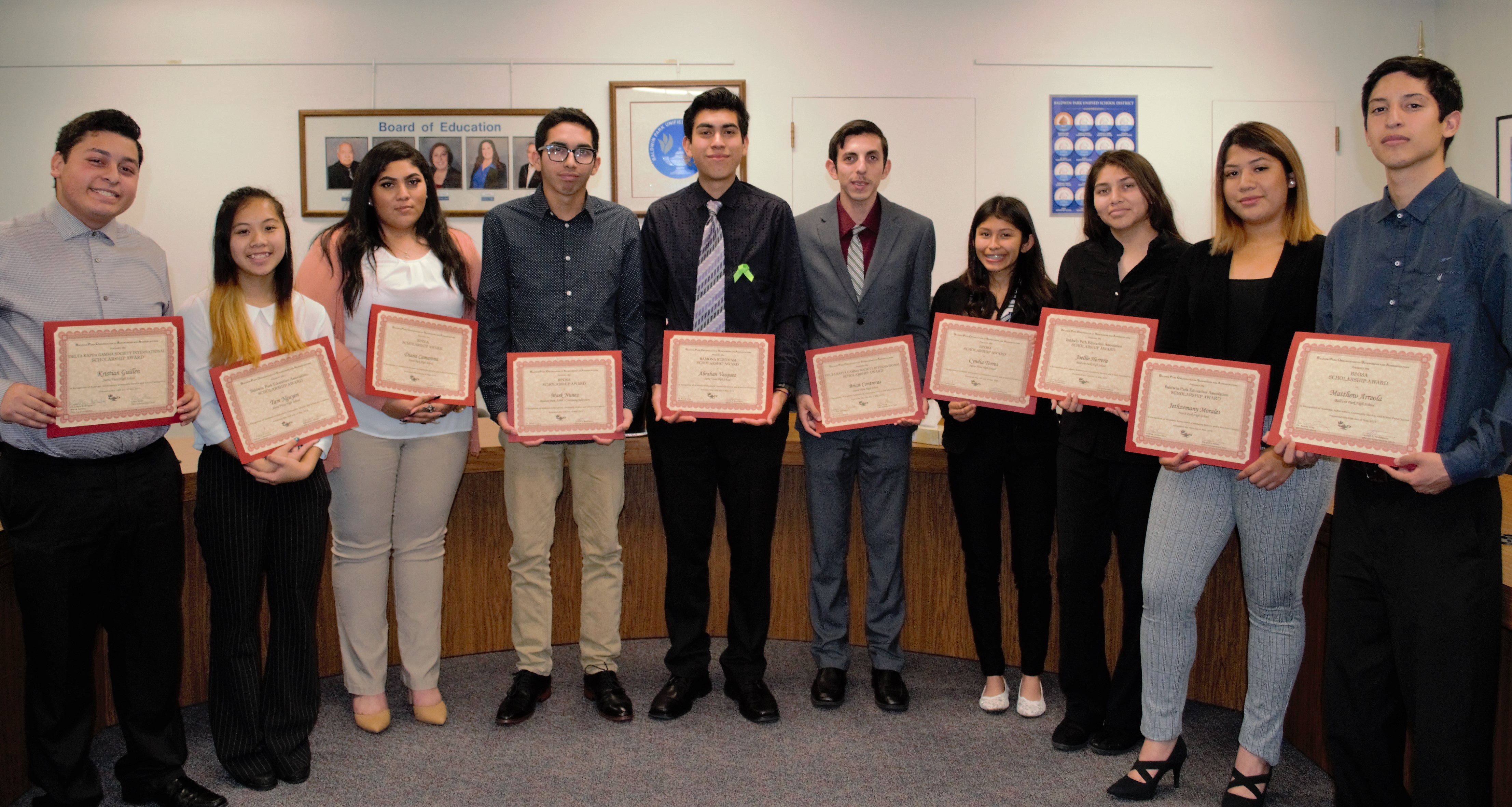 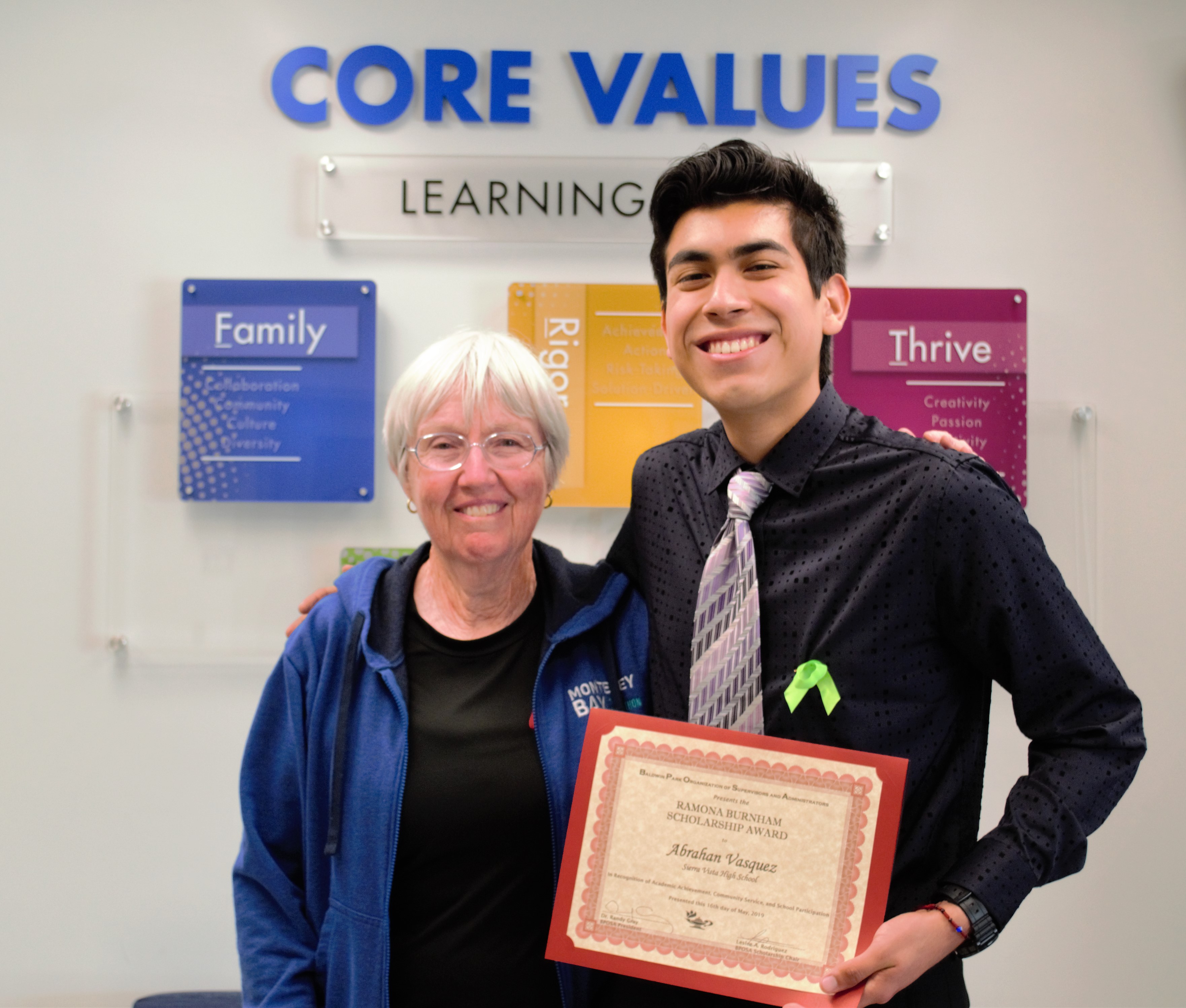