BALDWIN PARK – A Sierra Vista High senior with dreams of becoming a doctor has received one of the final 1,000 Gates Millennium Scholarships ever to be awarded, covering all unmet expenses of her academic career at Stanford University.

“It is such an amazing opportunity,” said Luz Mercado, who will be the first in her family to attend college. “I’m just so happy. I won’t have to worry about having to pay for my education. I’m very excited.”

Mercado set her sights on becoming a doctor early – inspired by a desire to help when her grandparents began to struggle with health issues. She joined Kaiser Permanente’s Hippocrates Circle, which helps minority children pursue medical careers.

In high school, she focused on academics, earning a 3.98 unweighted GPA and a 4.63 weighted GPA, bolstered by 12 Advanced Placement courses, including five she took junior year alone.
She credits her calculus teacher for inspiring her, and noted that her challenging workload – including AP chemistry, biology and calculus – meant that sometimes she was among just a few girls in classes focused on science, technology, engineering and math (STEM).

“This is a field that is predominantly occupied by males, but I want to prove to others and to myself that women have the same capability of upholding and engaging within the STEM fields,” Mercado said.

She also pursued academics during the summer through the Johns Hopkins Center for Talented Youth, which funded three-week courses at Princeton University and Haverford and Lafayette colleges. During the school year, she mentored students in math as Sierra Vista’s head Math Guru, overseeing the school’s math help center for the last two years.

She even squeezed out time to participate in debate for four years and served as president and vice president of the school’s IDEAS Club, which helps promote opportunities for undocumented students. She also served as president for two years of the campus chapter of the California Scholarship Federation.

“It has been tough, especially junior year with the workload and being involved in so many activities,” Mercado said. “But I just worked as hard as I could because, in the end, it is worth it. I got into Stanford and I got the Gates Scholarship.”

Mercado, who has two younger sisters, knew it would hard for her parents to afford college. She set her sights on scholarship aid and was convinced to apply for the Gates Scholarship by Sierra Vista graduate Diego Hernandez, one of the high school’s two Gates recipients in 2015.

“He was really encouraging me to apply,” she said. “So I took the chance.”

The Gates Millennium Scholarship, funded with $1.6 billion from the Bill and Melinda Gates Foundation, helps minority students with significant financial need attend college. The scholarship covers all unmet need. Students who pursue certain graduate studies – such as science, engineering and public health – may continue to receive the award.

The program also offers students mentoring during their college careers and leadership development programs. The 2016 cohort is the program’s last.
“Landing this impressive scholarship speaks volumes about Luz’s commitment to her education,” said Superintendent Froilan N. Mendoza. “It also stands as a sign of the dedication of Sierra Vista’s talented team of educators, who constantly push students to do their best.”

After visits to both, she chose Stanford because of its strength in preparing students for medical school, the proximity to home, the beauty of the campus and its California weather.

“My dream is to come back and give to this community that helped me grow and develop. I want to provide low-income, minority students like me, with resources to advance in their academic pursuits and become motivated about their education,” Mercado said.

MERCADO: Luz Mercado will attend Stanford as one of the last 1,000 Gates Millennium Scholars. The gift will cover all her expenses for college and possibly graduate studies as she pursues her dream of becoming a doctor. 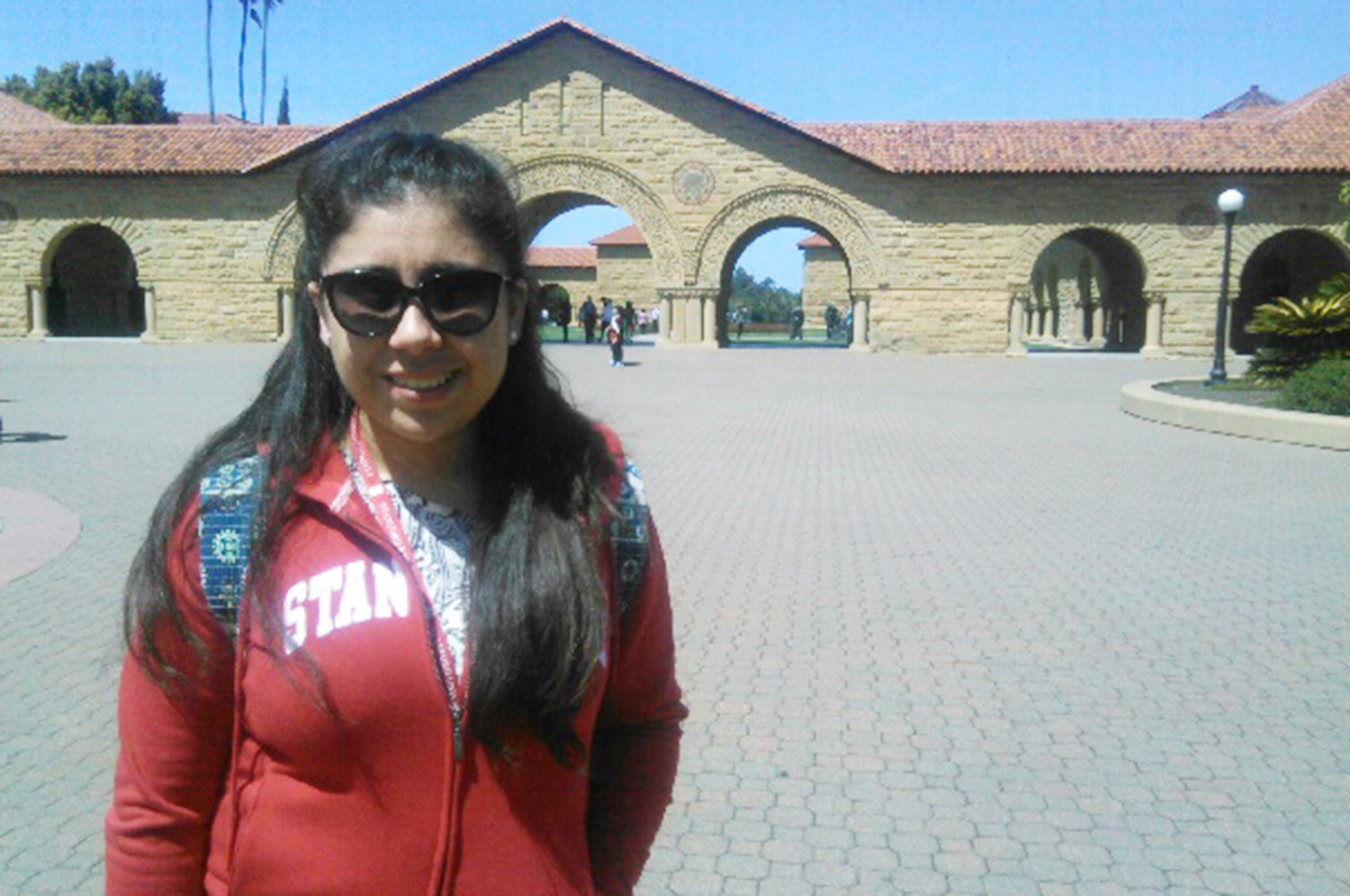