The California PBIS Coalition (CPC) emphasizes methods of teaching students behavioral expectations and supports those lessons with positive reinforcement. More than 590 schools in California received silver awards from the CPC, which outlines effective implementation of PBIS programs throughout the state.

“These five schools worked diligently to implement the PBIS framework and they went above and beyond to earn silver recognition,” Superintendent Dr. Froilan N. Mendoza said. “We are committed to promoting school environments that are safe, supportive and conducive for learning. Through PBIS we are creating a culture on campus that addresses the academic and behavioral needs of all our students.”

Baldwin Park Unified’s silver award winners established behavior statements that were displayed throughout campus. Students who demonstrate the expected behaviors are rewarded with praise and incentives, such as raffle tickets and attending special school events.

Central Elementary holds its students to the motto “Watch us SOAR” – Strive for excellence, Own our actions, Act responsibly, Respect each other. The slogan also is displayed on charts around campus so that students can always identify the expected behaviors and actions. For example, the SOAR expectations while students are in the cafeteria include using inside voices, cleaning up after themselves and saying please and thank you.

As a result, school staff members say negative student behavior is declining and achievement is rising.

“Our goal is to foster a safe and productive school environment that ensures students have access to the necessary support and interventions,” Board of Education President Christina Lucero said.

This is the third year of the District’s phased rollout of PBIS. In the first year, school sites identified PBIS staff teams who completed training before bringing the framework to other administrators and teachers. During the second year, schools launched the program to students by communicating and teaching behavior expectations throughout the campus.

PBIS is organized as a multi-tiered behavior system, with Baldwin Park Unified currently at tier one. This tier includes generalized interventions, such as reward-based incentives and highlights expectations and consequences. The District plans to add tier two supports by the 2018-19 school year.

The District also aims to establish the PBIS system at the six remaining Baldwin Park Unified schools this academic year.

BPUSD_PBIS_1: To start off the school day, students from Baldwin Park Unified’s Holland Middle School are greeted by fellow classmates with well wishes and messages of positivity. Holland Middle School is one of five Baldwin Park District schools to be awarded silver recognition from the California Positive Behavioral Interventions and Supports (PBIS) Coalition for implementing strategies that promote safe and positive learning environment. 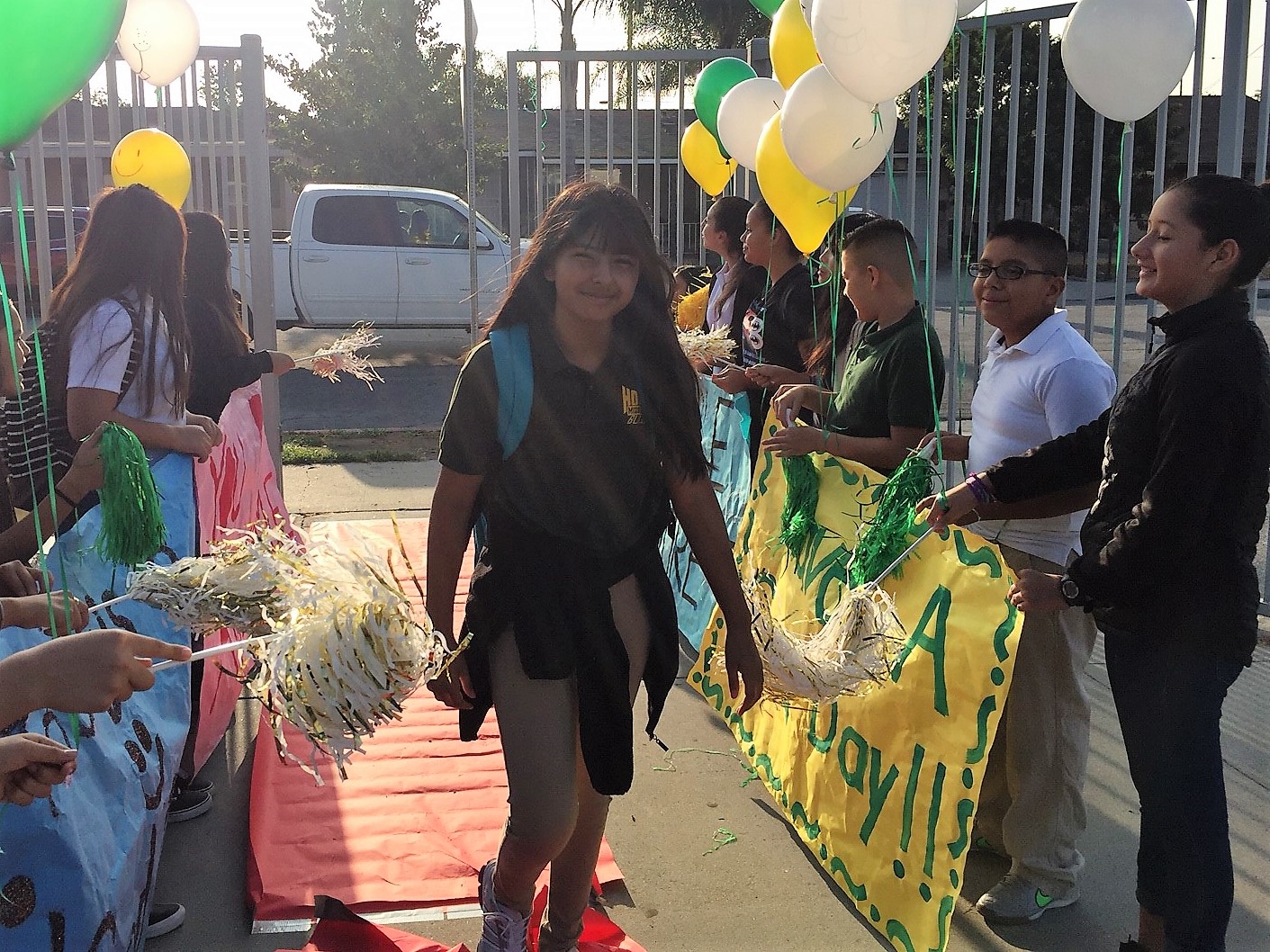 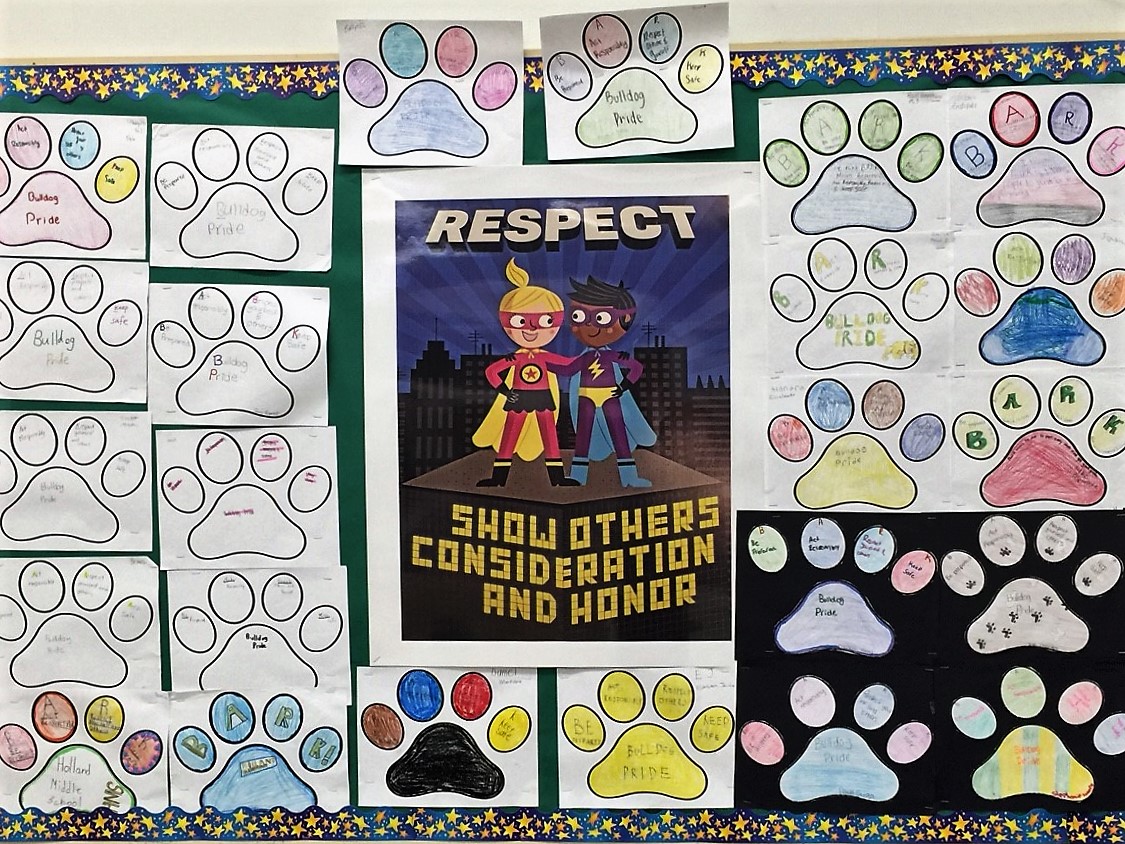