During the camp, students learned this year’s VEX games and began the design-phase for the robots that will compete in the upcoming season.

BP STEM Academy’s robotics teams for grades six through eight are gearing up to defend their titles from last year’s season by learning from the trials and triumphs of their trips to Iowa for the U.S. Open of Robotics, and to Dallas, Texas for the World Championships.

Many of last year’s students graduated out of the program, and the main focus this year will be to rebuild a strong team.

The game for this year’s middle school competition consists of the teams’ robots picking up five-inch foam discs and shooting them into small baskets on the opposite side of the field to earn points. Robots can earn more points by manipulating rollers to reflect the color of their team. In the last 10 seconds, the robots expand themselves as large as possible to cover as many field tiles as they can to earn more points.

The round lasts two minutes and is played with two alliance robots against two opposing robots.

BP STEM Academy’s elementary robotics teams, including grades four and five, are embarking on a new journey as they start their first year in the program.

“BP STEM has never competed at this age level,” BP STEM Academy principal Mike Rust said. “However, with our past history of success, super excited students, and knowledgeable and dedicated staff, we are confident the same success can be achieved at this level.”

The elementary teams will be competing in the VEX IQ competitions this school year, with the goal of competing in the state and world conferences at the end of the year.
The coaches, who are equally as excited as the students, are focused on helping students achieve the best of their abilities this season.

“The greatest joy that all the coaching staff has experienced is when the students show their grit, and push their failures on and off the field, and develop into successful scholar robotic athletes that represent their school, the city of Baldwin Park, and California,” BP STEM Academy Robotics coach and Project Lead The Way teacher Tom Lau said. 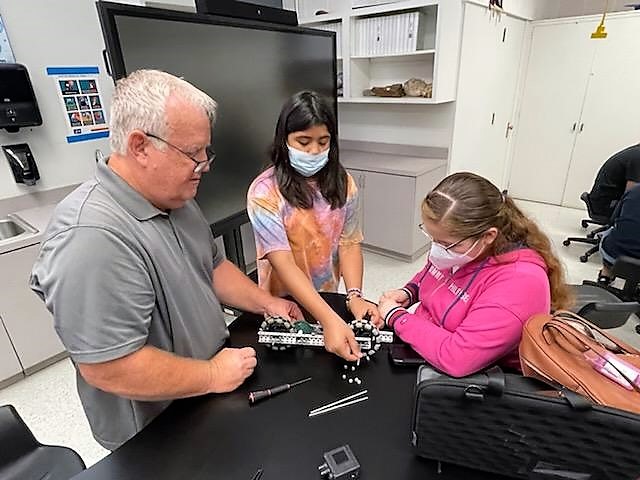