BALDWIN PARK – Holland Middle School’s fledgling robotics team is advancing to the VEX Robotics World Championships after scoring a series of come-from-behind victories to finish second in the state finals.

The team, in its first year, was created to give students a chance to apply what they’ve learned in Holland’s growing science, technology, engineering and math (STEM) program, launched three years ago.

“These students represent everything we’re trying to build through Holland’s STEM program – character, dedication, focus and quest for improvement,” Principal Mike Rust said. “They testify to the strength of our program, because success like this requires a solid foundation across multiple disciplines.”

The Bulldogs struggled during their early competitions, but the students used the lessons of each event to improve their strategies and robot. They dominated a regional contest in early February, earning the Excellence Award and qualifying for the state championships, held Feb. 25 at Fairplex in Pomona.

At first, it seemed certain the state contest would end the Bulldogs’ run. The first half of the competition was a qualifying round, with 42 teams randomly assigned to two-team alliances.

“We had a terrible start, dropping to No. 30 out of the 42 teams,” Holland adviser Tom Lau said. “But then we started winning matches – matches we were not supposed to win.”

In one match, Holland’s robot actually flipped over – typically a death blow. But just then, the other team’s robots also broke down, and the journey continued.

“What is the chance of that happening? We ended the qualifying round ranked 10th. That was a miracle by itself,” Lau said.
The top 24 teams battled in the contest’s last phase, an elimination round. This time, the teams chose their own three-team alliances. Holland allied with Chaminade College Preparatory and The Science Academy STEM Magnet.

Seeded sixth out of eight alliances, the Holland-led group first faced the No. 3 seed in a best-of-three matches contest.
“That’s when it happens,” Lau said. “We win the first match. Then we win the second match, and it’s over. We’re moving on to the semifinal against the tournament’s No. 2 seed.”

In the semifinal face-off, Holland again topped its opponent in two straight matches, qualifying for the finals – against the No. 1 seed.

In the final contest, the young squad was outgunned, but not outwitted. The alliance lost the first match but battled back to a victory in the second – bringing the entire contest down to a sudden death tie breaker. In that match, both alliance robots suffered mechanical failures and were outlasted by the No. 1 seed’s machines.

However, just making it to the final round secured Holland’s alliance a place in the VEX Robotics World Championships, set for April 25-28 in Louisville, Kentucky.

“At that point, it didn’t matter who won,” Lau said. “It would have been great if we won, but we knew we were still going to the world championships. All the teams, the parents, the teachers were cheering like mad. You could just feel the excitement.”

Holland also took home the Judges Award for the strength of its student interviews.

The Holland team is currently raising funds to attend the world championships.

“These students proved themselves and earned the right to this opportunity, and I’d like to give it to them,” Rust said.

BPUSD_HOLLAND_ROBOTICS_1-3: Holland Middle School’s fledgling robotics team is advancing to the VEX Robotics World Championships after scoring a series of come-from-behind victories to finish second in the state finals. 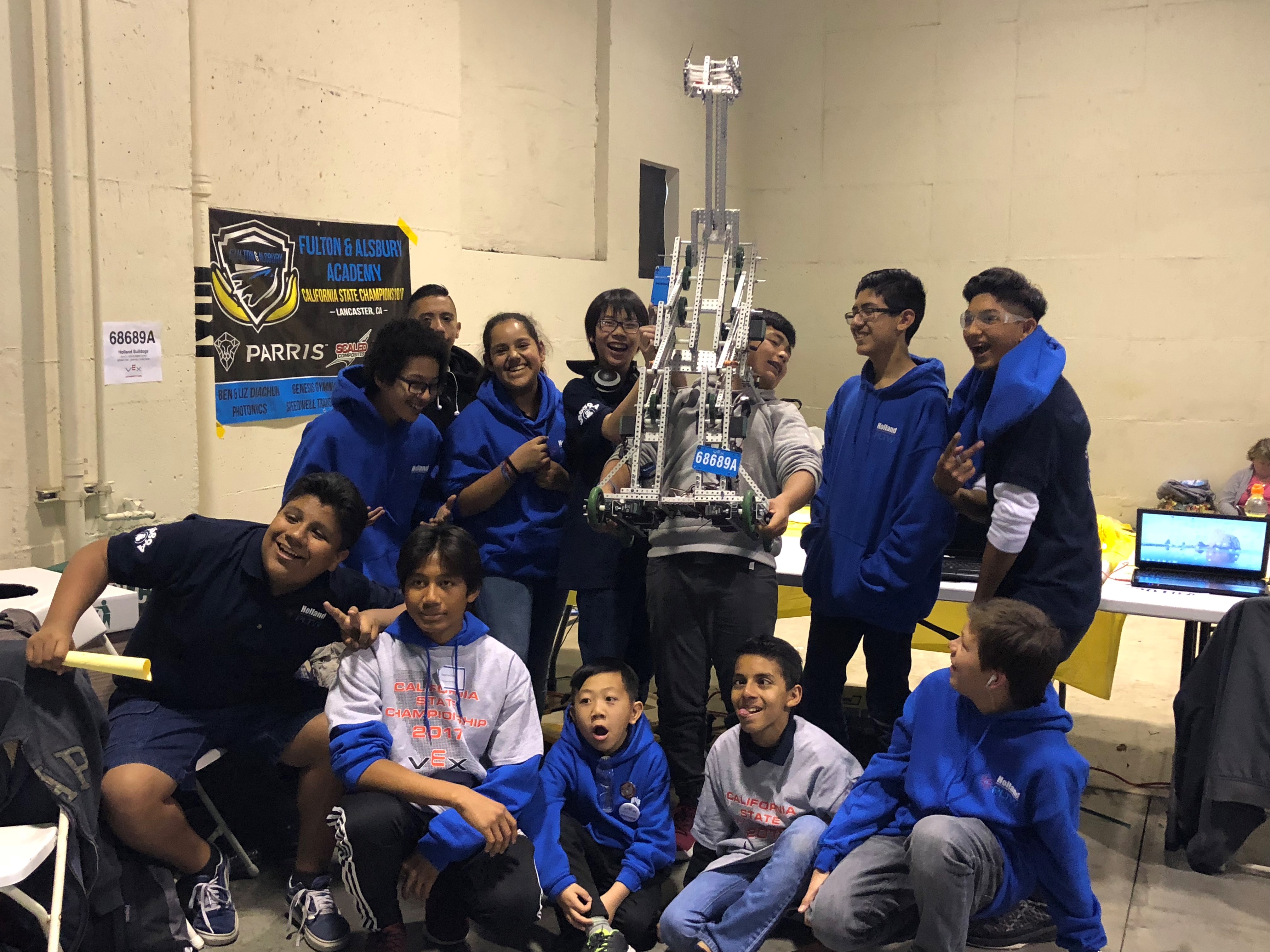 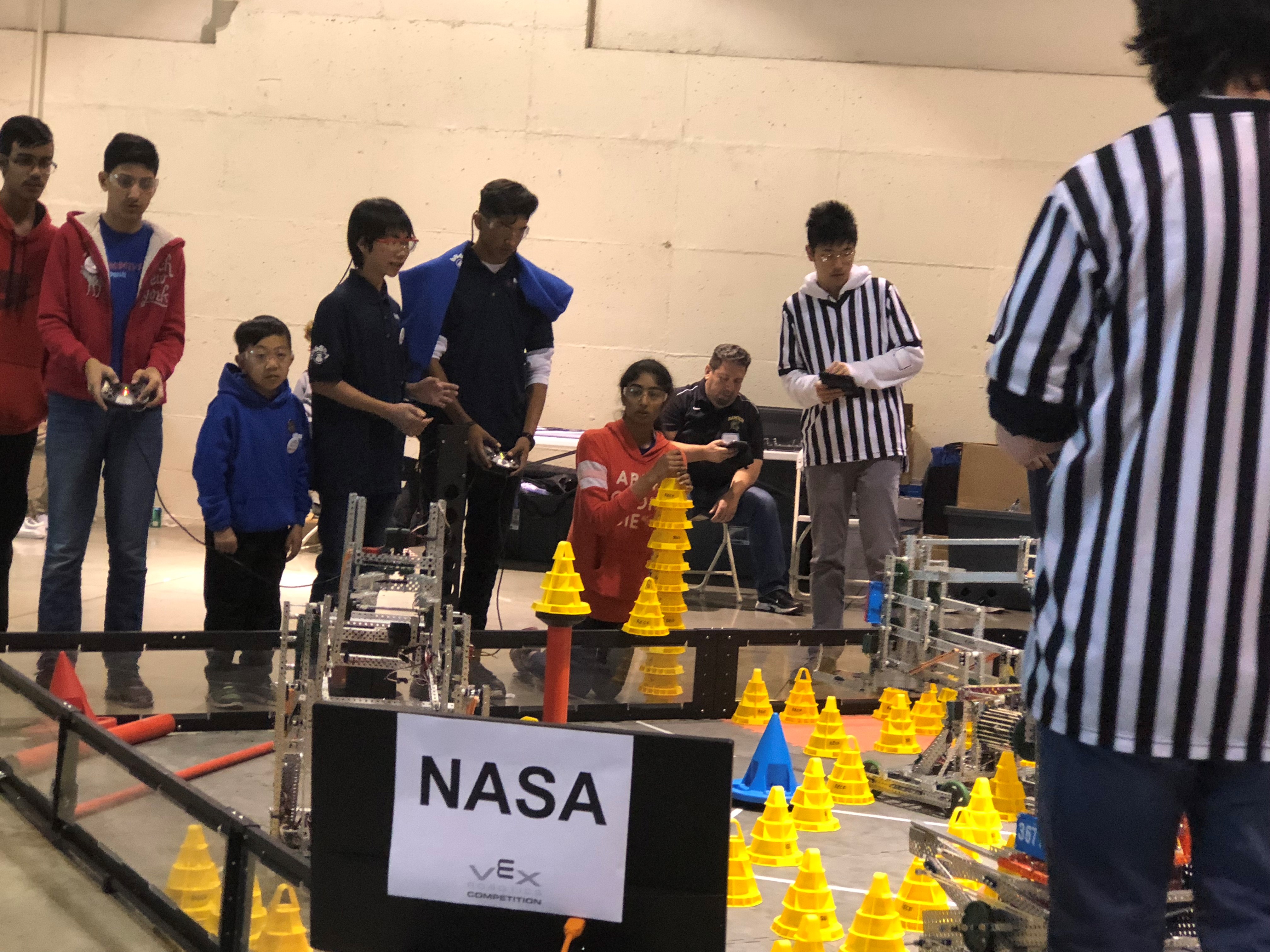 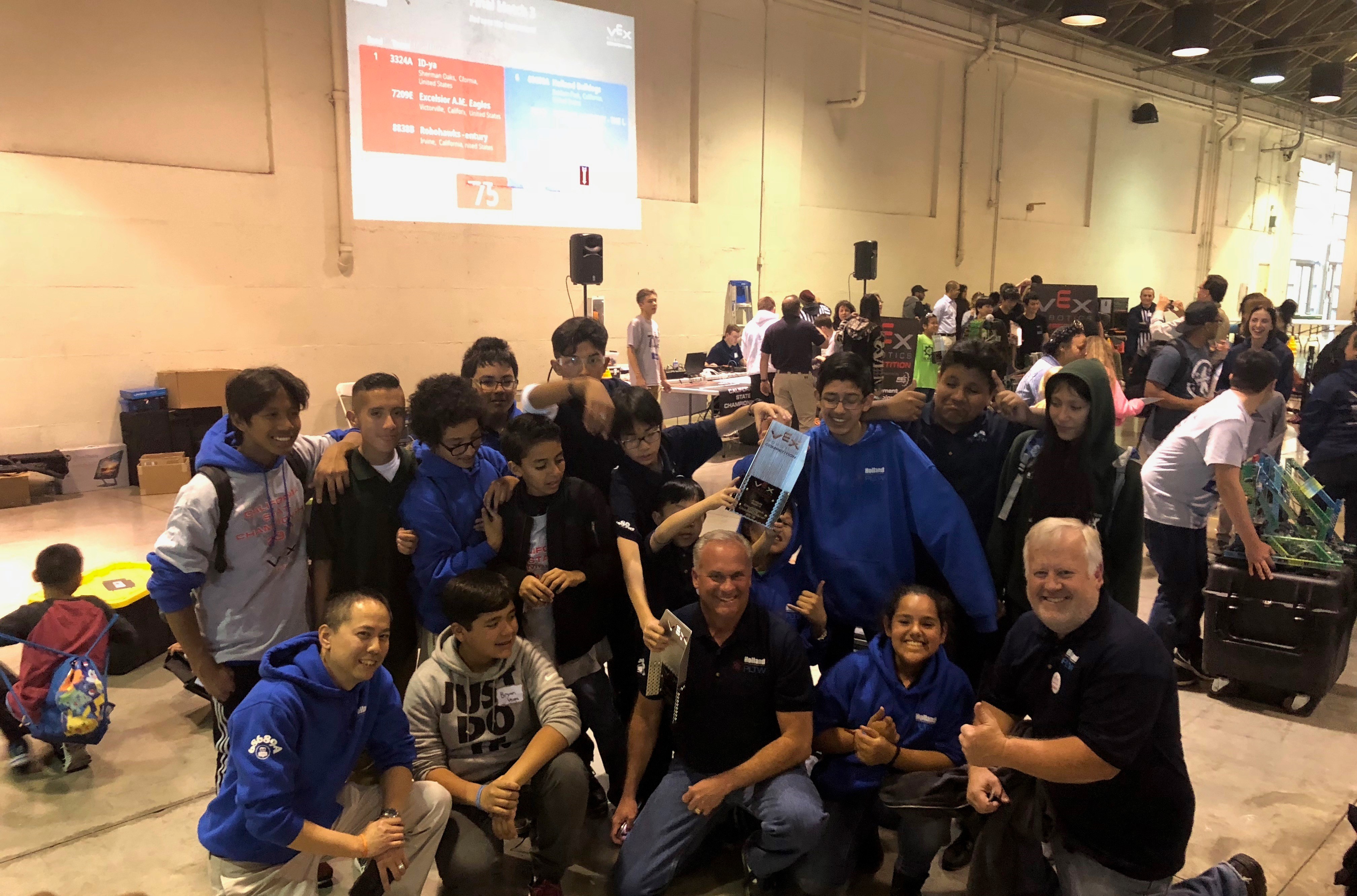