In all, 87 students at Baldwin Park, Sierra Vista and North Park Continuation high schools have received the ZTE Mobile Hotspots, which allow access to 3 gigabytes of free internet data per month for as long as the students attend a Baldwin Park high school.

About 170 additional students at the three high schools are eligible to receive the devices this year.

“This is a golden opportunity,” Baldwin Park High Principal Anthony Ippolito told students. “Education has changed immensely. When you go to a university or college, you’re not going to be turning in a hard copy of your essay or of your project. Nine times out of 10, your project or whatever assignment you have is going to be downloaded digitally.”

Students said the devices would improve their ability to complete homework assignments.

Freshman Diana Ocampo said she tries to complete online assignments for English and her Advancement Via Individual Determination (AVID) college preparation classes at the library after school. But she can’t always stay late.

“I sometimes stay after school, but there are times when I can’t stay,” said Ocampo, who plans to become a nurse. “Now I can get everything done without having a problem.”

Freshman Mitzy Mares usually treks to her aunt’s house to go online because she doesn’t have internet access at home. The device will change that.

“I won’t have to be going back and forth every day,” she said.

Sophomore Leo Sanchez said the hotspot means he is likely to do better in classes.

The goal is to connect 1 million students over five years. Baldwin Park is one of 118 school districts in 30 states chosen to participate in the program’s first year.

“This is an exciting day,” Superintendent Dr. Froilan N. Mendoza said. “I want to thank Sprint for the opportunity and for giving back to the community.”

Mendoza said Baldwin Park Unified prepares students to succeed in college or in their chosen careers.
“Here at Baldwin Park, our mission is to ensure high achievement for all learners. And the way that we are going to do that is to make sure everyone has an opportunity to have access to the internet,” he said.

BPUSD_Sprint_1: Thirty-five Baldwin Park High School students line up on March 23 to receive free mobile wi-fi hotspots from Sprint, part of a giveaway of nearly 300 such devices to District students. The devices allow students to access 3 gigabytes of internet data each month throughout their high school years.

BPUSD_Sprint_2: Baldwin Park High School students who received free mobile wi-fi hotspots from Sprint on March 23 take a survey about their use of the devices. 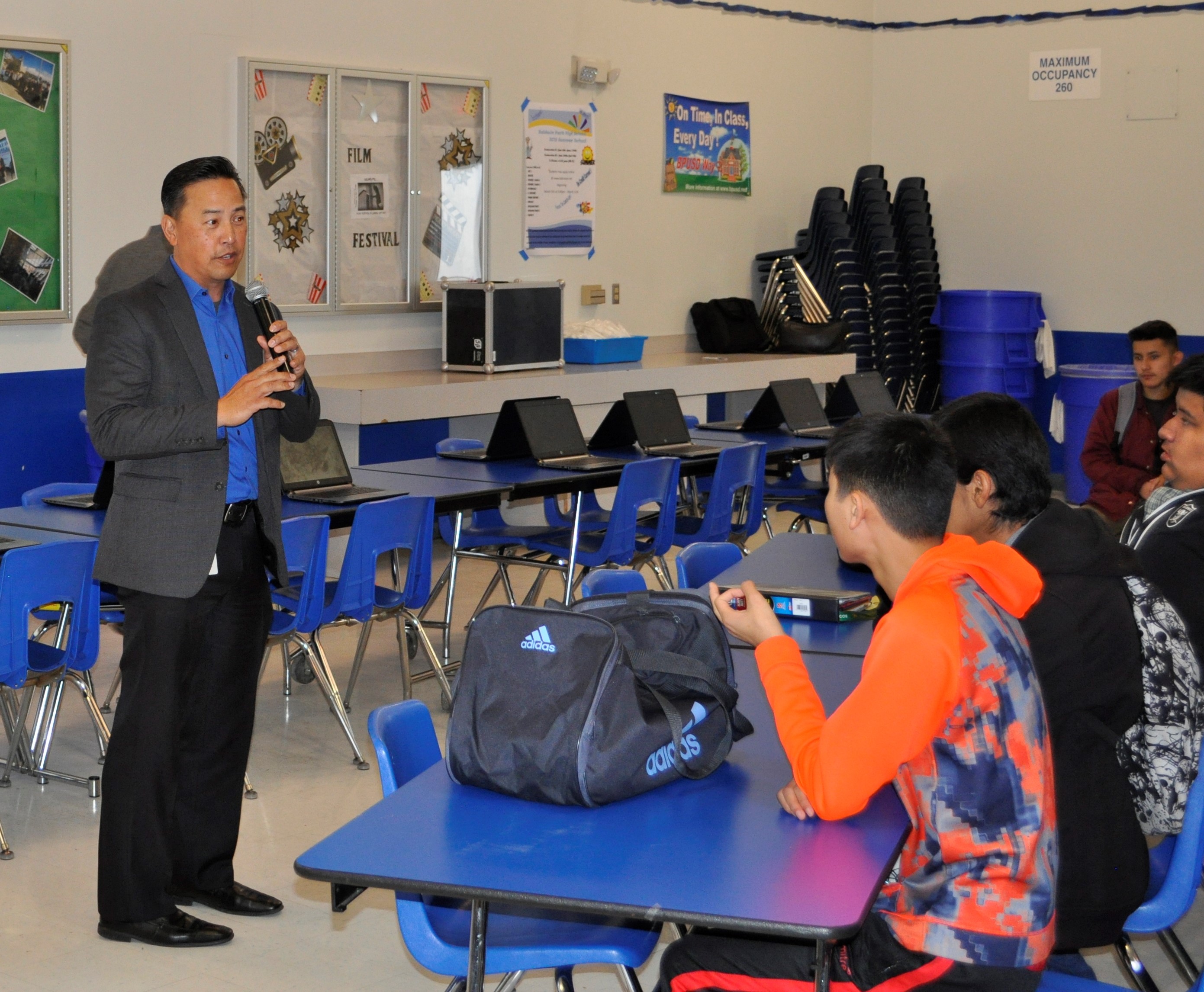 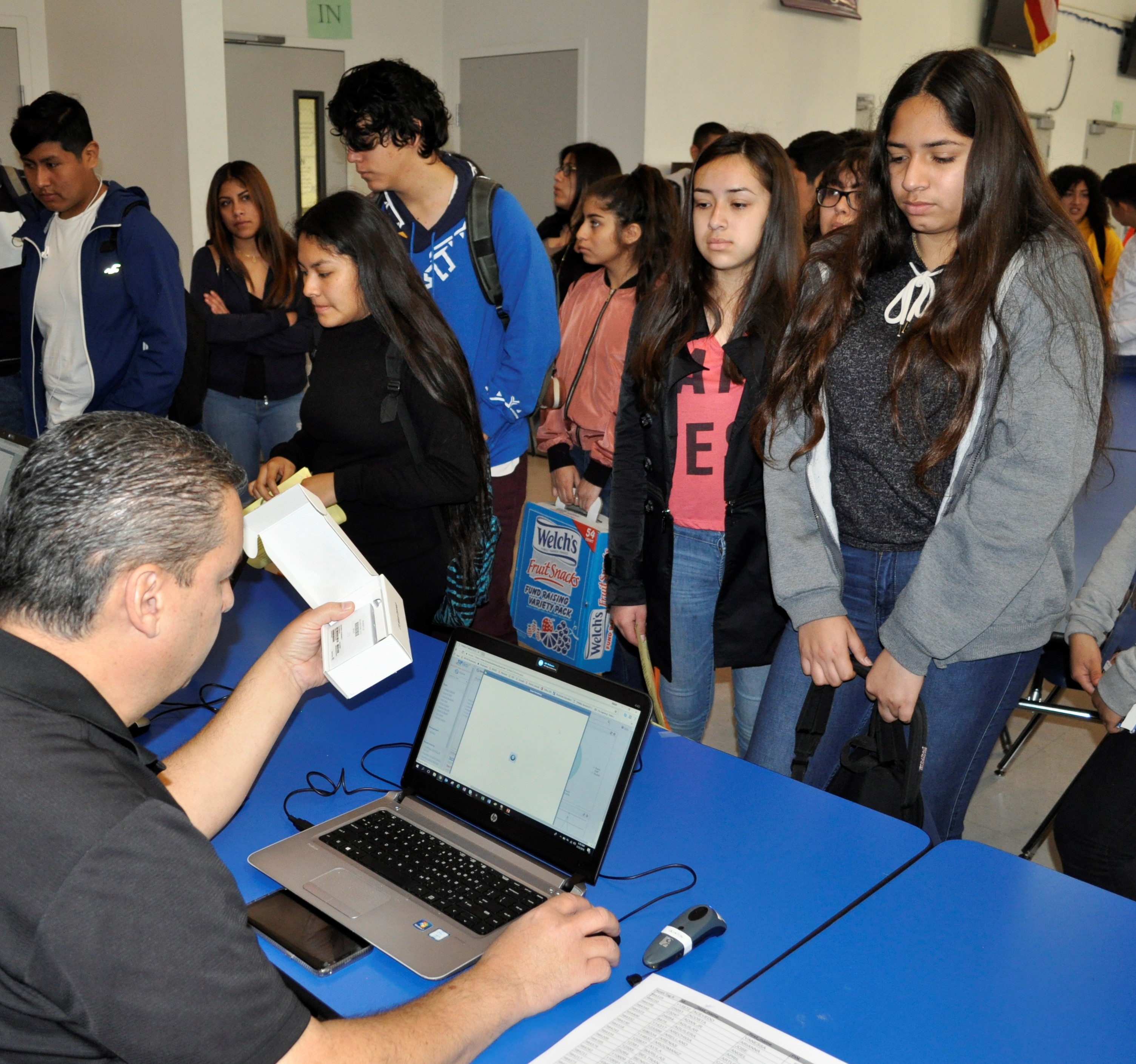 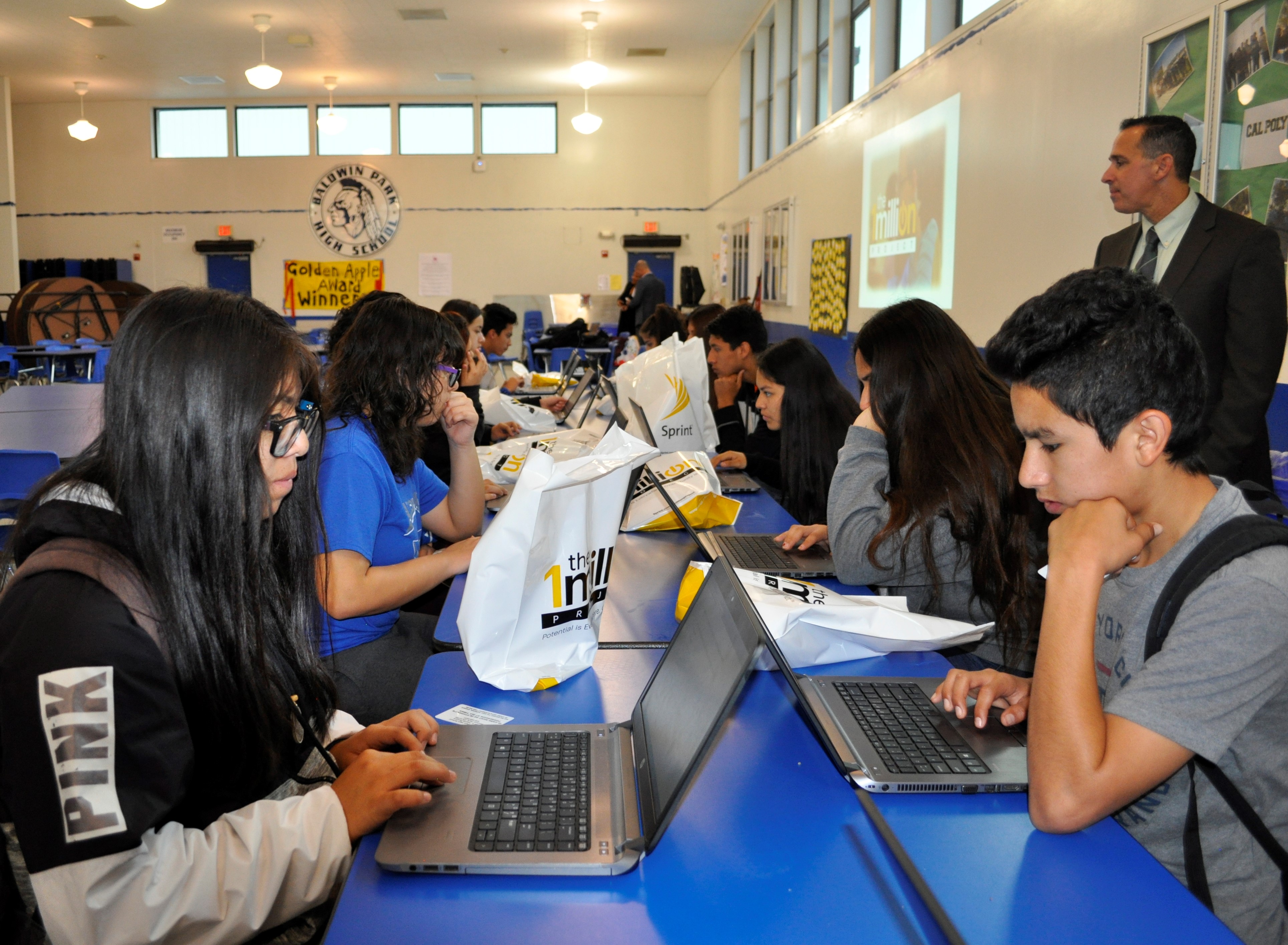