BALDWIN PARK – Sierra Vista High School junior Bryant Hong is closer to his dream of leading a competing robotics team after winning a NASA-sponsored Regional Challenge Rookie Team Grant that will provide the school’s team with the funds to register for its first robotics challenge.

Through NASA’s Robotics Alliance Project, the Rookie Team Grant awards Sierra Vista’s Robodons $6,000 to cover registration fees for the FIRST Robotics Competition (FRC), as well as a robotics kit that includes a base model with frame, controller, gears and motor.

“Having waited almost three years to compete, I can’t put into words what this grant means to me – it’s a dream come true,” Hong said. “Getting the team started has been a slow progress and my goal seemed so far away, but being awarded the grant gave me the realization that I’m doing what I set out to do.”

The Robodons are now eagerly preparing for their first robotics meet at the FRC Los Angeles Regional, to be held at Fairplex in Pomona from Thursday, March 15 to Saturday, March 17.

Hong started the robotics club at Sierra Vista his freshman year; however, with no classroom, tools or funds to create a robot, the Robodons have been unable to compete. Equipped with only his ambition and his dream of competing, Hong set out to get the team off the ground. He has networked with prestigious local robotics teams to find out what it takes. With support from Long Beach and West Covina teams, Hong was directed toward the NASA Rookie Grant.

“The culture of the FRC is one of gracious professionalism, so the seasoned teams help the rookie teams get to the point where they can compete efficiently,” said Jimmy Salcedo, Sierra Vista High’s career technical teacher and robotics club advisor.

“Bryant has been the main mover and shaker. When he was first applying for the grant, it was like navigating through the dark, but he is dedicated and committed to creating a robotics team at Sierra Vista, and he’s achieving that.”

Hong applied for the grant on his own, completing in-depth written responses and detailing the demographics of the team. The Robodons learned Nov. 22 that they secured the Rookie Team Grant, and since then have pursued their mission with full force.

The Robodons reached out to the Baldwin Park community in search of mentors for mechanical and electrical engineering. A parent of two team members stepped forward to assist with mechanical and technical design, and a Navy officer came in to support the electrical components.

“Baldwin Park Unified School District is dedicated to providing students with technology-based opportunities that prepare them for academic and professional success in STEM fields,” Baldwin Park Unified Superintendent Dr. Froilan N. Mendoza said. “We are so proud of Bryant for his perseverance and we look forward to the Robodons making their debut appearance in March.”

The team of 20 meets Mondays through Wednesdays during lunch, as well as every Sunday with its mentors to discuss design plans. Hong said the Robodons are planning a community banquet for sponsors to help raise funds for additional building materials and team shirts.

BPUSD_SVHS_ROBOTICS_1: Sierra Vista High School’s robotics team will compete in its first match at the FIRST Robotics Competition Los Angeles Regional, thanks to robotics club president and Sierra Vista junior Bryant Hong for securing a NASA-sponsored Regional Challenge Rookie Team Grant. The grant provides the Robodons with $6,000 for competition registration and a robotics kit that includes a base model with frame, controller, gears and motor.

BPUSD_SVHS_ROBOTICS_2: Sierra Vista High School’s robotics team has won a NASA-sponsored Regional Challenge Rookie Team Grant that will provide the team with the funds to cover registration for the FIRST Robotics Competition (FRC). The Robodons are busy preparing for their first robotics meet at the FRC Los Angeles Regional, to be held at Fairplex in Pomona from Thursday, March 15 to Saturday, March 17. 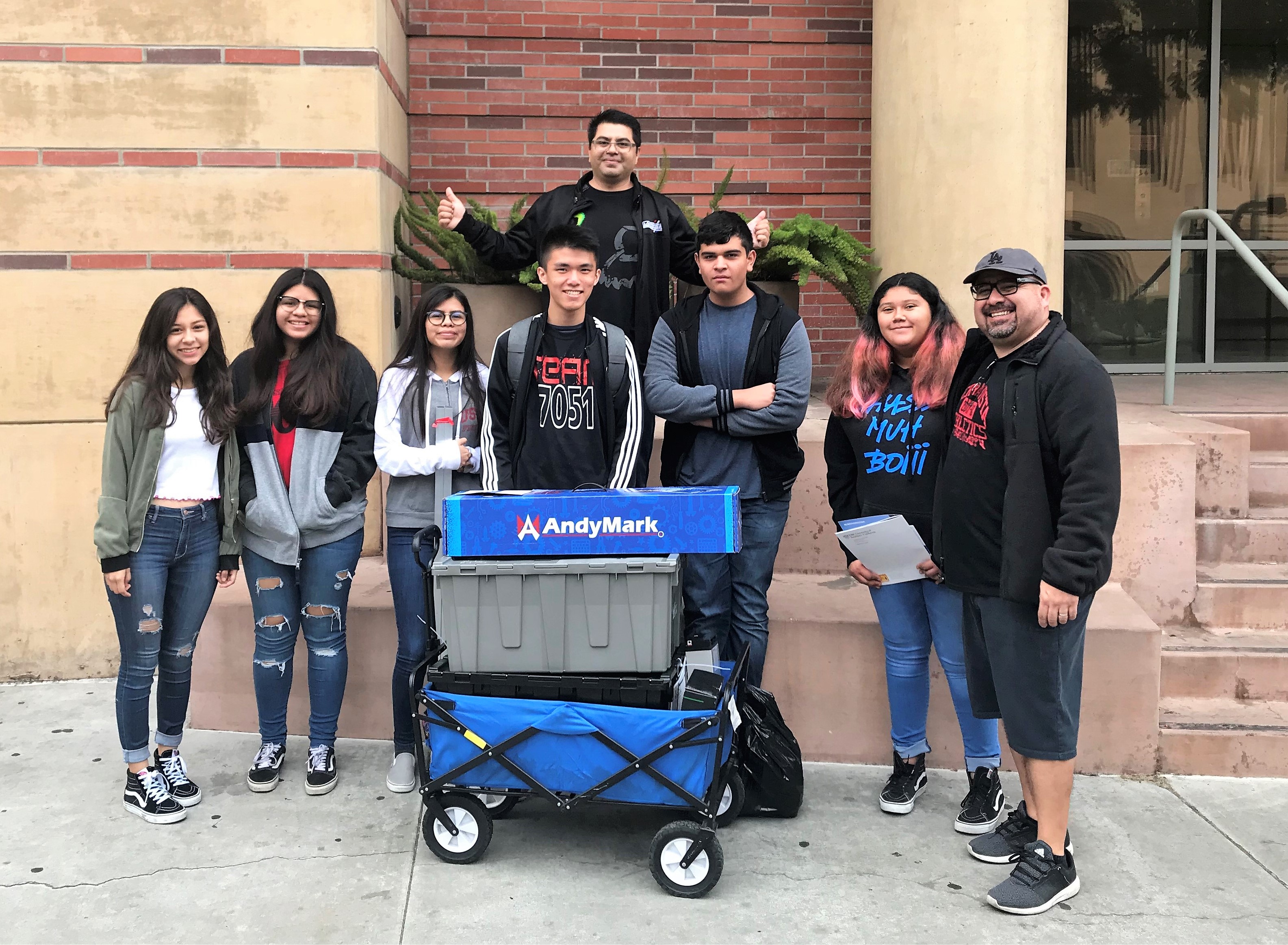 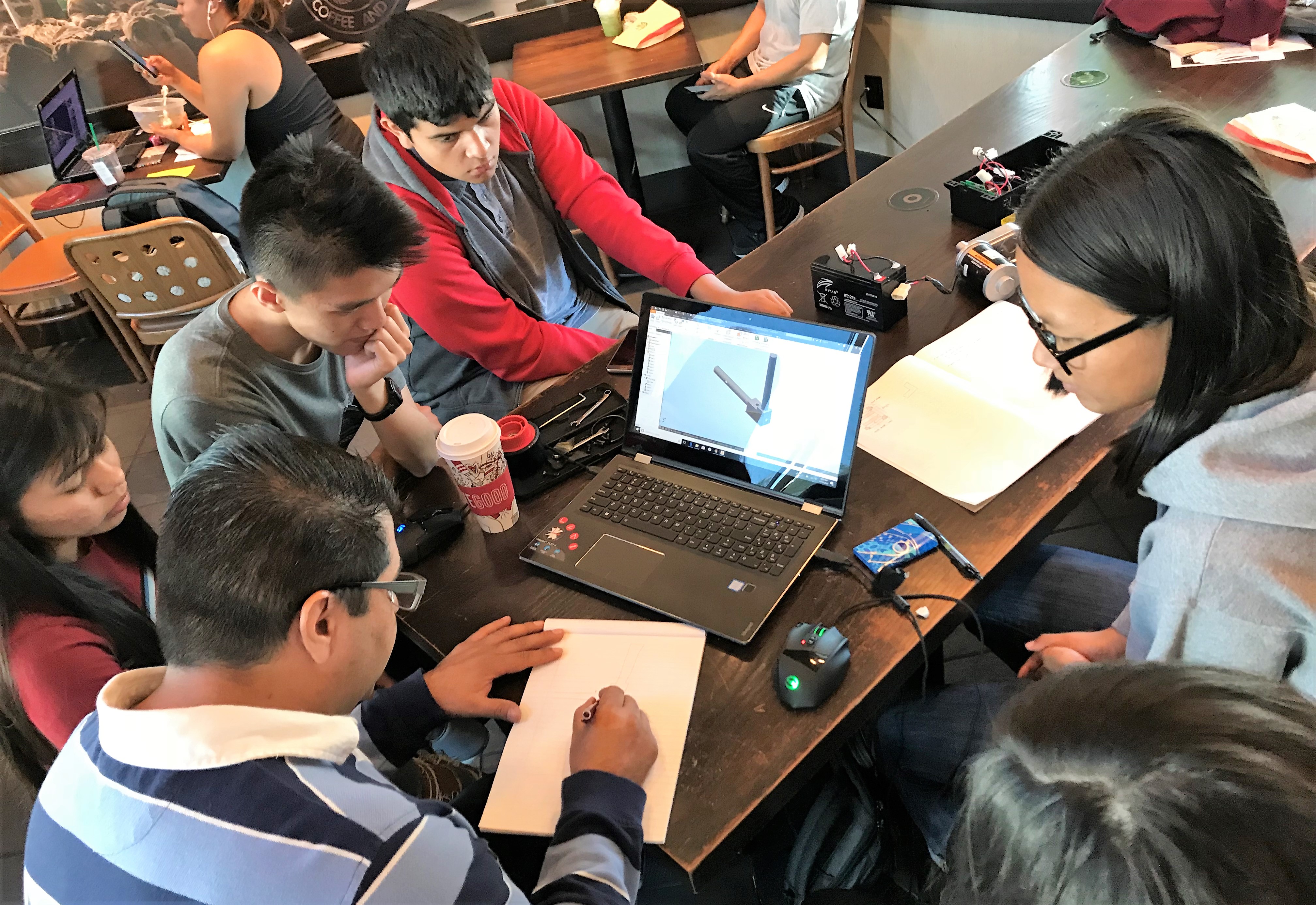