BALDWIN PARK – The Sierra Vista High School girls flag football team spent the last year training daily to develop physical skills, confidence and to solidify personal bonds, as they built a team that has become a pioneer of the sport in the San Gabriel Valley.

The CIF-SS voted on Sept. 29 to make flag football an official girls high school sport, with the goal of making the game official in California by the 2023-24 school year.

The Los Angeles Rams and the Los Angeles Chargers collaborated to start the pilot high school league, and the NFL teams provided uniforms and gear during a special jersey unveiling at SoFi Stadium on Oct. 6.

“SoFi Stadium was amazing, it was such a surreal experience,” SVHS sophomore and wide-receiver Lotus Wu said. “To know that we are the first girls flag football team in Baldwin Park and the San Gabriel Valley, and that we got to meet professional athletes, is a true blessing and great opportunity.”

Wu joined the team during her freshman year after she found out that Sierra Vista High School was recruiting players. Wu, a transfer student from Rosemead School District, knew the sport would be a perfect match.

In flag football, athletes do not tackle; instead, the play ends when an opposing player pulls the flag off the ball-carrier. This also makes the sport safer and more affordable than tackle football because pads and helmets are not needed for protection.

Now in its second year, the Sierra Vista High School girls flag football team has more than 15 athletes. Students practice from 4:30 to 6:30 p.m. Mondays to Fridays, and game days are on Wednesdays.

“Being able to be part of history and being one of eight teams in this program is amazing, you get emotional because it’s been an honor and blessing,” SVHS girls flag football coach Luis Verduzco said. “A lot of credit goes to Sierra Vista’s Director of Athletics Robyn Reclusado-Garcia. When she heard the news about the team last year, she did everything possible to put us into this league, including ensuring we had approval and transportation.” 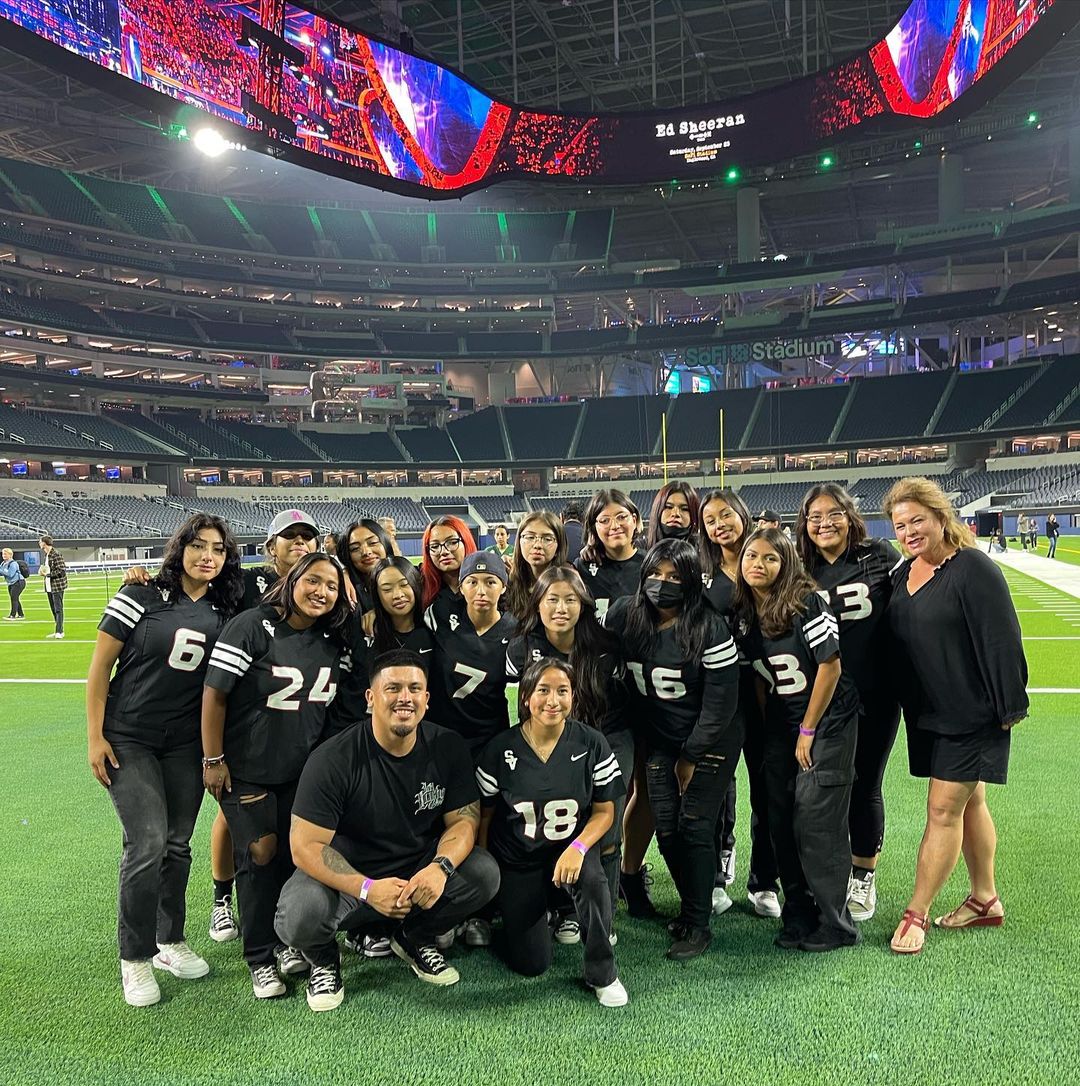