Dressed in colonial garb, more than 50 students gave presentations and performed skits on the Boston Tea Party and American Revolution for families and teachers at the school’s sixth annual Colonial Festival on March 29.

“I was really nervous to perform at first, but it ended up being really fun and I’m thankful for having my teacher’s support throughout all of it,” Tracy fifth-grader Alexa Bautista said. “It was a lot of hard work and a good learning experience.”

Students presented what they learned over the course of the year, including daily life in the colonies and the start of the public school system. Harmonized voices filled the cafeteria as students sang an American folk song, “When I First Came to This Land,” and the iconic sing-along “Yankee Doodle.”

The fifth-graders formed two lines and faced each other before galloping in a do-si-do while families clapped in rhythm. The traditional dance, known as the Virginia Reel, originated in the United Kingdom and was popularized in America during the late 1800s.

“It was nerve-racking at first but I really enjoyed the dance,” Tracy fifth-grader Jairel Chavez said. “My favorite part about colonial America was learning about the battles in the American Revolution and the famous people involved in the war.”

Abigail Adams, Thomas Jefferson and Mary Ludwig were a few historical figures found on student projects that covered the cafeteria walls. Selected students performed character monologues to highlight the stories of those who form colonial history.

“We want students to be able to connect with history, and with the traditional clothes, customs and details, they can gain a stronger understanding,” Tracy fifth-grade teacher Annette Licata said. “Our students put in a lot of hard work and they are excited to share what they have learned with their parents and families.”

BPUSD_TRACY_COLONIAL_2: Dressed in colonial garb, more than 50 fifth-graders from Tracy Elementary perform skits, traditional dances and songs on the Boston Tea Party and American Revolution for families and teachers at the school’s Colonial Festival. 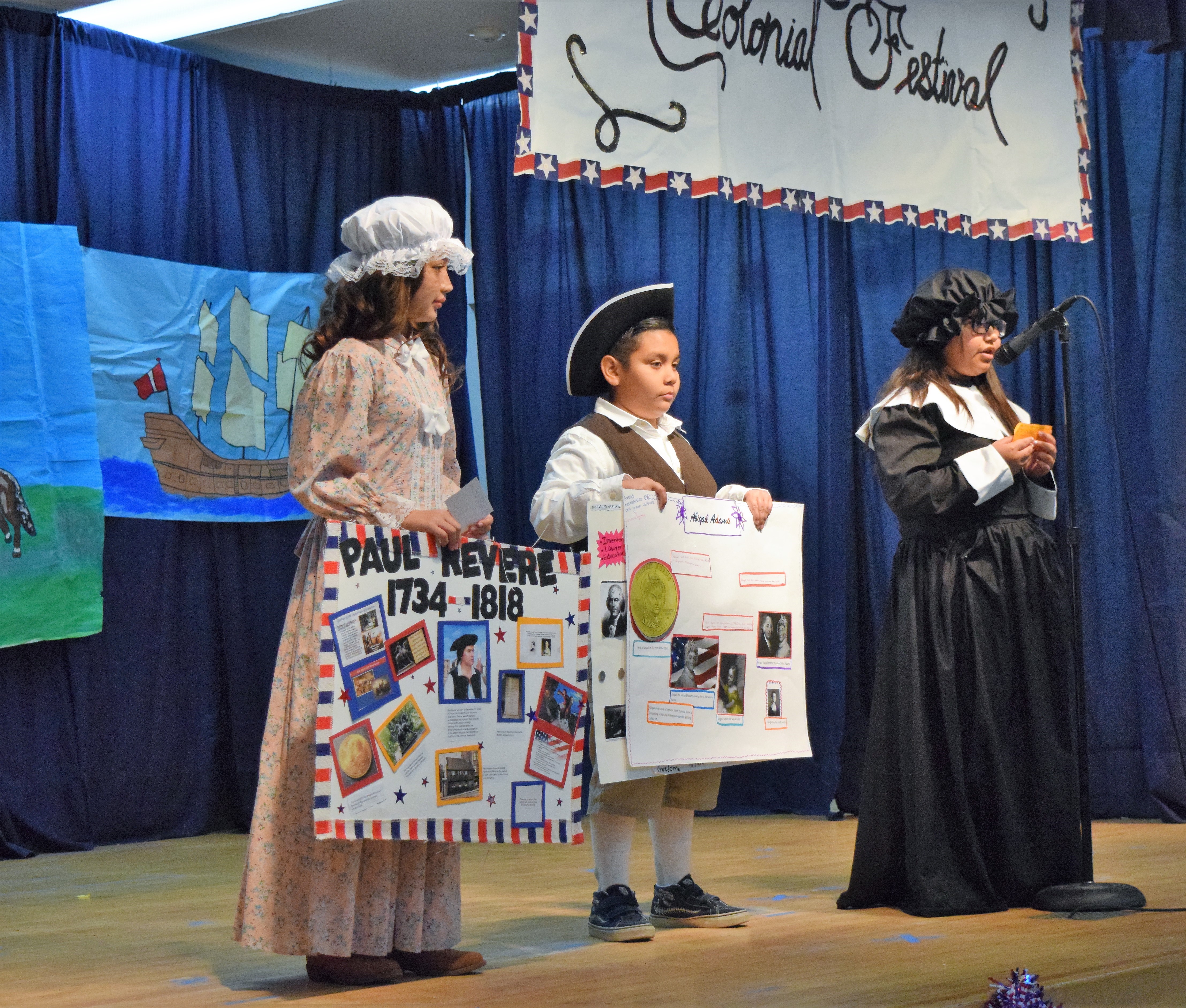