Foster’s cafeteria buzzed with chatter and laughter during the 90-minute event, which tasked students to think creatively in science, technology, engineering, art and math fields. More than 130 students and their parents attended.

“It’s great,” said Foster teacher Sean O’Neil, who was measuring a student’s tower built of red Solo cups, sticks and small blocks. “They can use their creativity and ingenuity to build on what they know. The possibilities are limitless.”

That was also second-grader Keith Lang III’s take on the night. Keith created a stack of cups so high he could barely reach the top even as he stood on a bench. He impressed himself with the accomplishment.

Third-grader Liliana R. Olivas worked on a tower of her own – crafted from a single marshmallow and strands of dried spaghetti. She arranged the spaghetti in a fan around the center of the marshmallow to strengthen its balance.

Her mother, Dora G. Gomez, said her children love Foster’s science nights. The school held annual STEM nights in 2016 and 2015; this year, the program added art to the mix.

“They really enjoy this,” Gomez said. “It’s important to learn about science, to work together and to creatively think out of the box.”

“She likes to come and try out all the new things,” Conner said.

Christian Resendiz mastered the aerodynamics of the gyrocopter, cutting and folding a single sheet of paper until it would gently spin its way to the ground when tossed.

And Lysandra Arce, a student at Jones Junior High, couldn’t stay away even though she’s graduated from Foster. She joined her sister, first-grader Kaylinn, and mother, Natalie, at the Silo Cup tower activity and recreated the Perseus constellation using craft sticks.

BPUSD_FOSTER_1: Foster Elementary School second-grader Keith Lang III stacks cups so high he can barely reach the top even standing on a bench during the school’s first STEAM Night on Feb. 1. 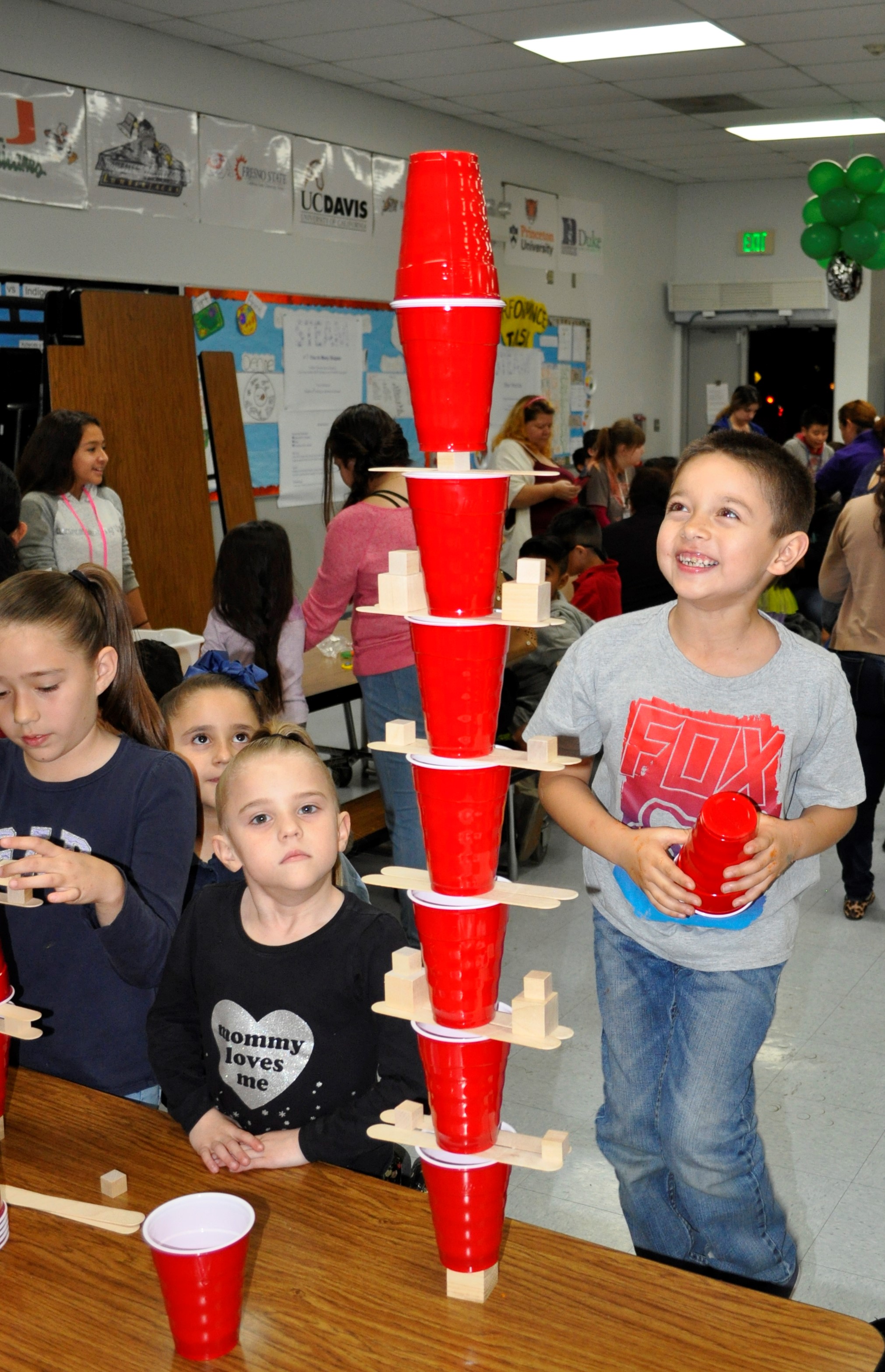 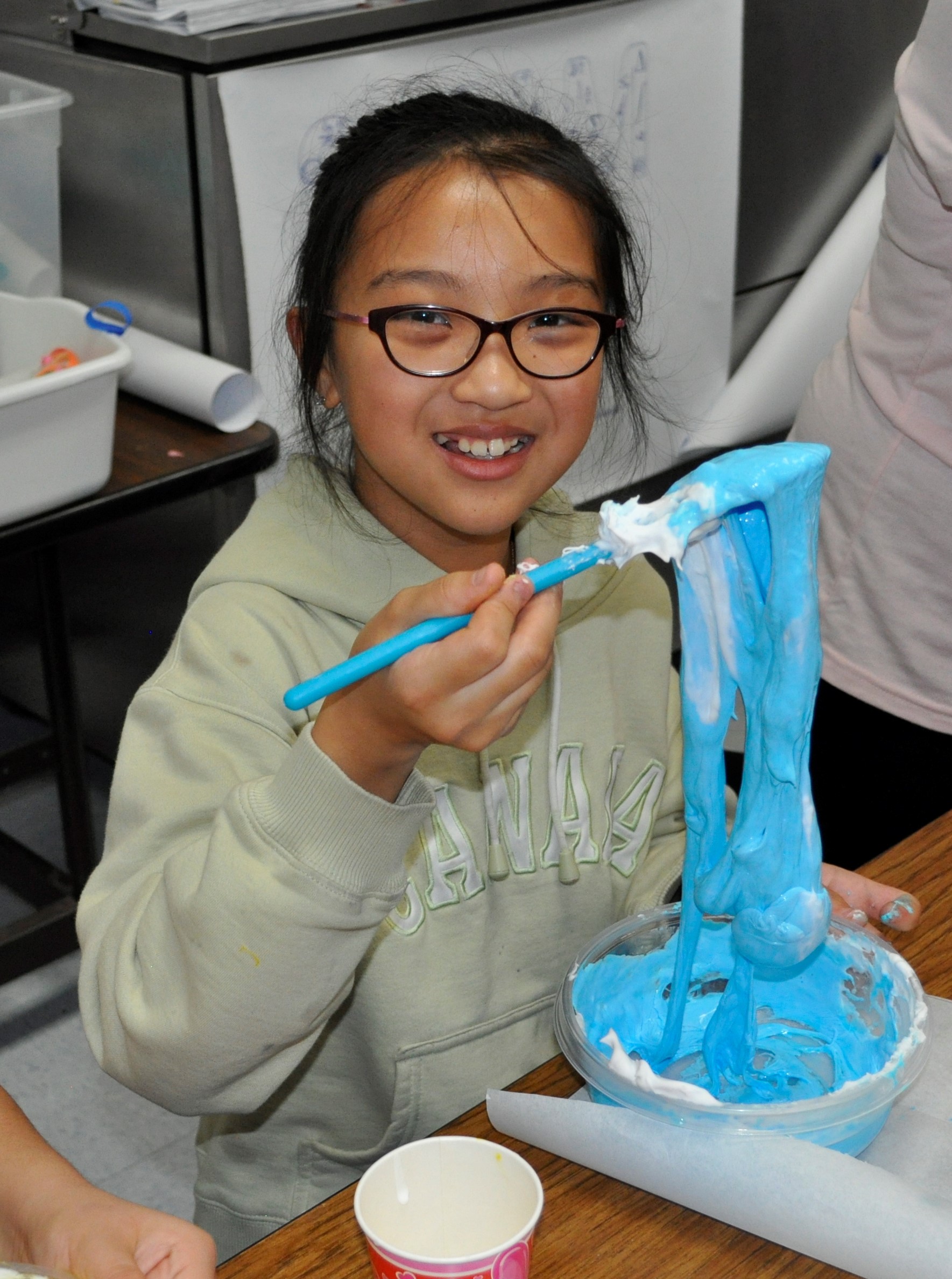 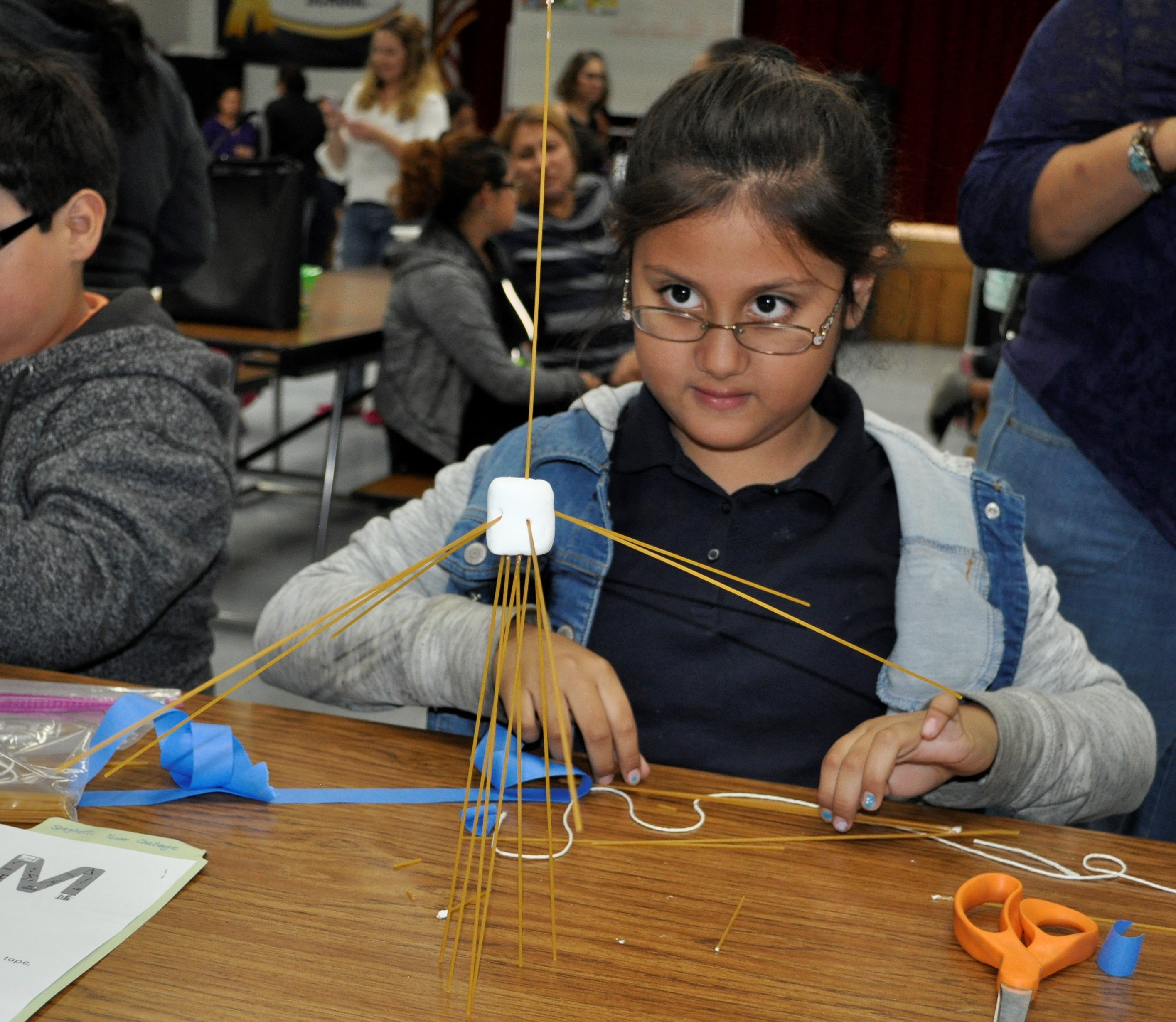 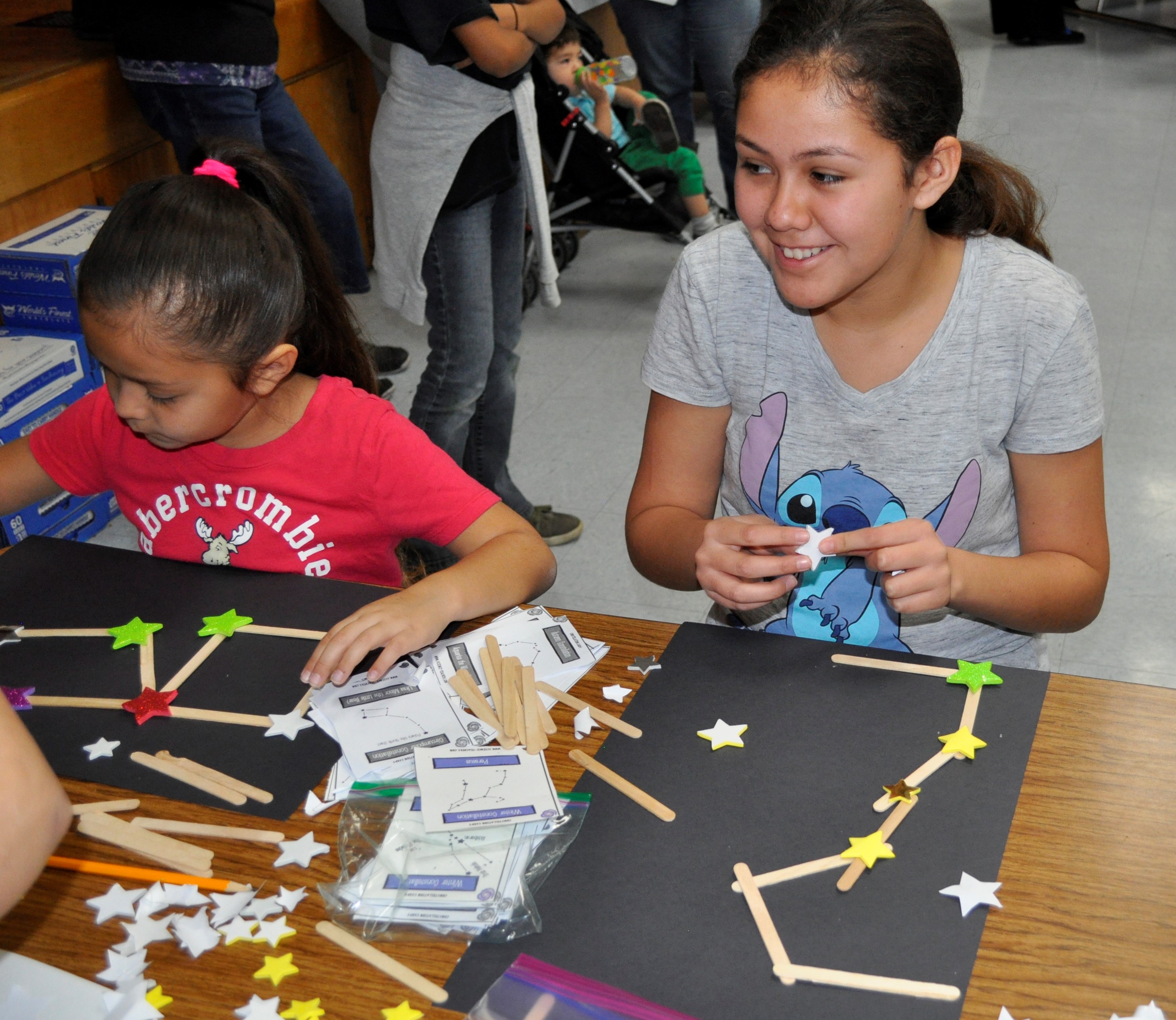