BALDWIN PARK – Margaret Heath Elementary School fifth-grader Leonardo Arreola proclaimed, “I am brave as a lion and strong as a bear, I’m also funny like a monkey and fast as a hare.”

The three students joined 21 classmates on Feb. 16 to recite poems they mastered and, in some cases, wrote for Heath’s annual Poetry Festival, a tradition of more than 20 years. Students in transitional kindergarten through sixth grade competed in grade-level contests to win the right to perform.

The winners dressed in costumes and used props to bring their selections to life as they recited works in English and Spanish to the rest of the student body and dozens of parents.

“It’s a remarkable experience for all of us,” Principal Dr. Maria Alonso said. “The students really leap into the contest, choosing poems that represent something important to them – or something they hope will make us all laugh. Along the way, they learn to memorize and analyze poetry.”

For the younger students, poems were as simple as a modern version of Little Miss Muffet – who instead of eating curds and whey, dined on a Big Mac and fries.

Leonardo was one of two finalists to write their own poems – which earned them an extra point during judging. This is his second time as a finalist and his first time writing his own material.

“I wrote it because I wanted to make it interesting,” he said.

Caleb, who is known for his sense of humor, looked for a poem that would make people laugh, and Kaitlyn Hemiller’s “Pedro the Paranoid Piranha” fit the bill. He has been a finalist in six of his seven years at Heath.

“I always do a funny one,” he said. “I like that people know me for something.”

Students erupted into laughter as Caleb described Pedro’s fears that his friends wanted to serve him up on a plate.
Mayah said she chose her sister’s poem because she thought it would be something new for her classmates. Her sister, who often turns thoughts into poetry, used the poem to describe how to handle life’s disappointments.

“I wanted to have a poem that’s never been heard before. I wanted it to be special,” Mayah said.

BPUSD_POET_3: Margaret Health Elementary School sixth-grader Caleb Ramirez has been a winner in the school’s annual Poetry Festival for a but one of his years at the school. His trademark is funny poems, such as this year’s rendition of “Pedro, the Paranoid Piranha.” 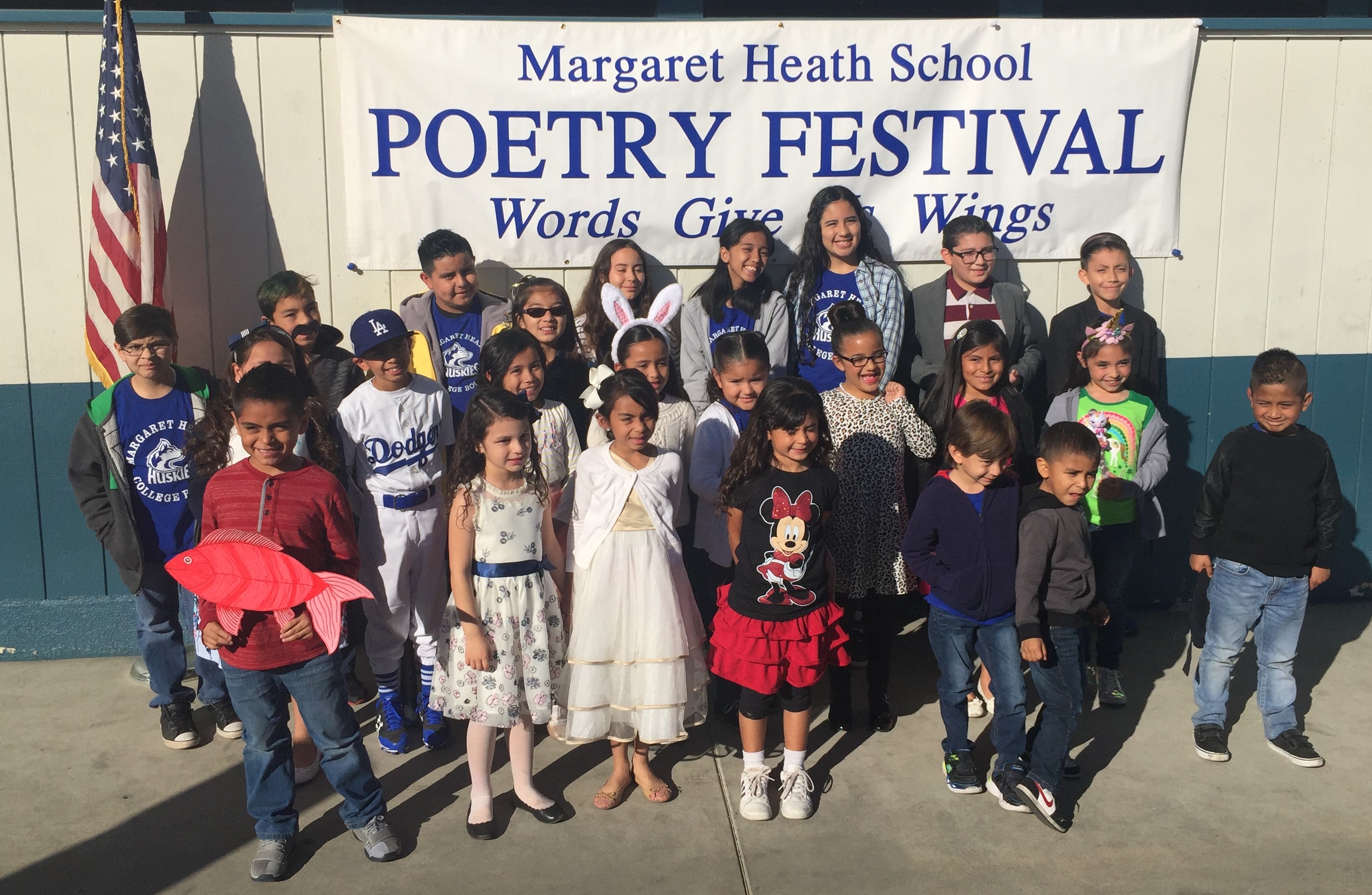 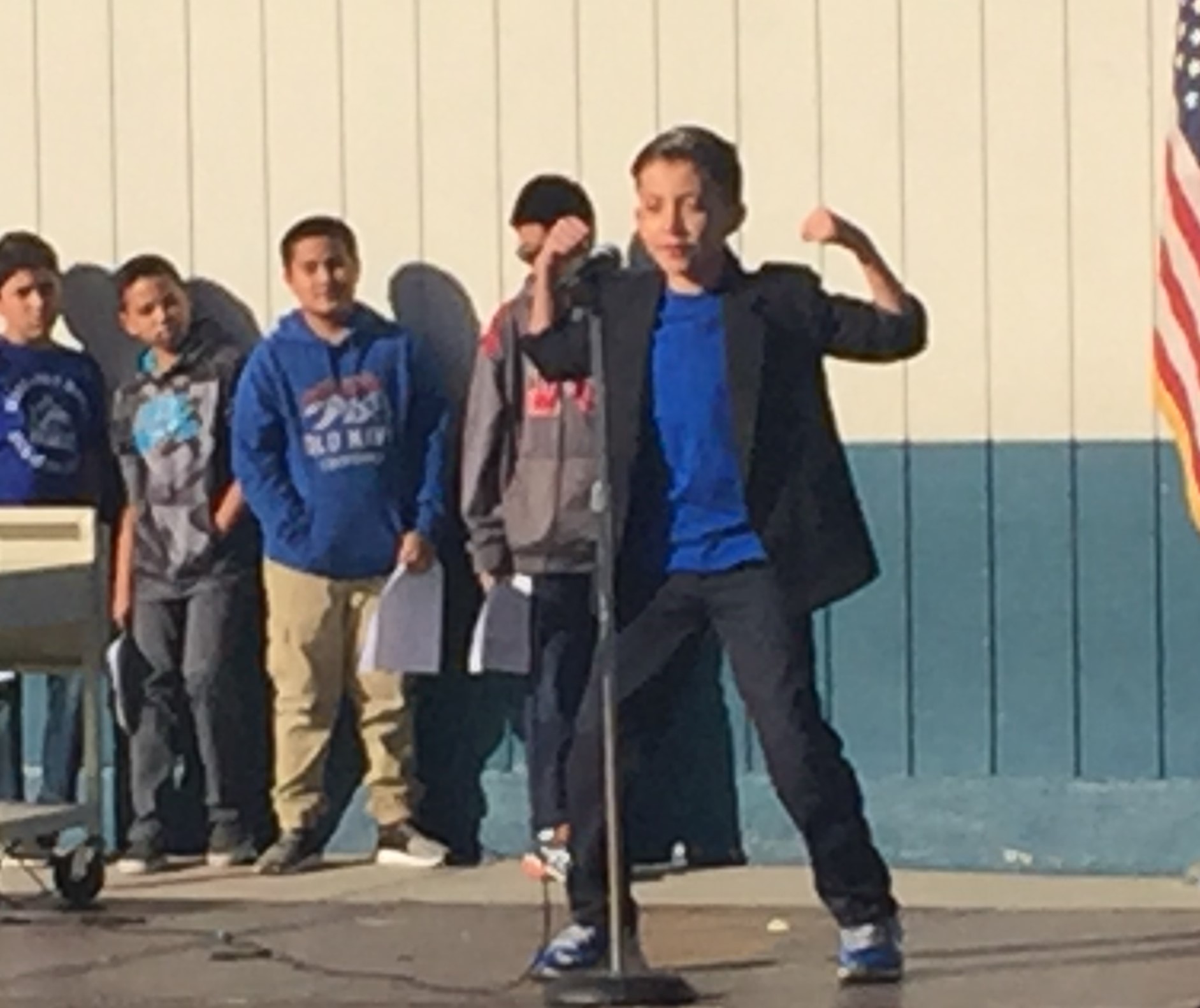 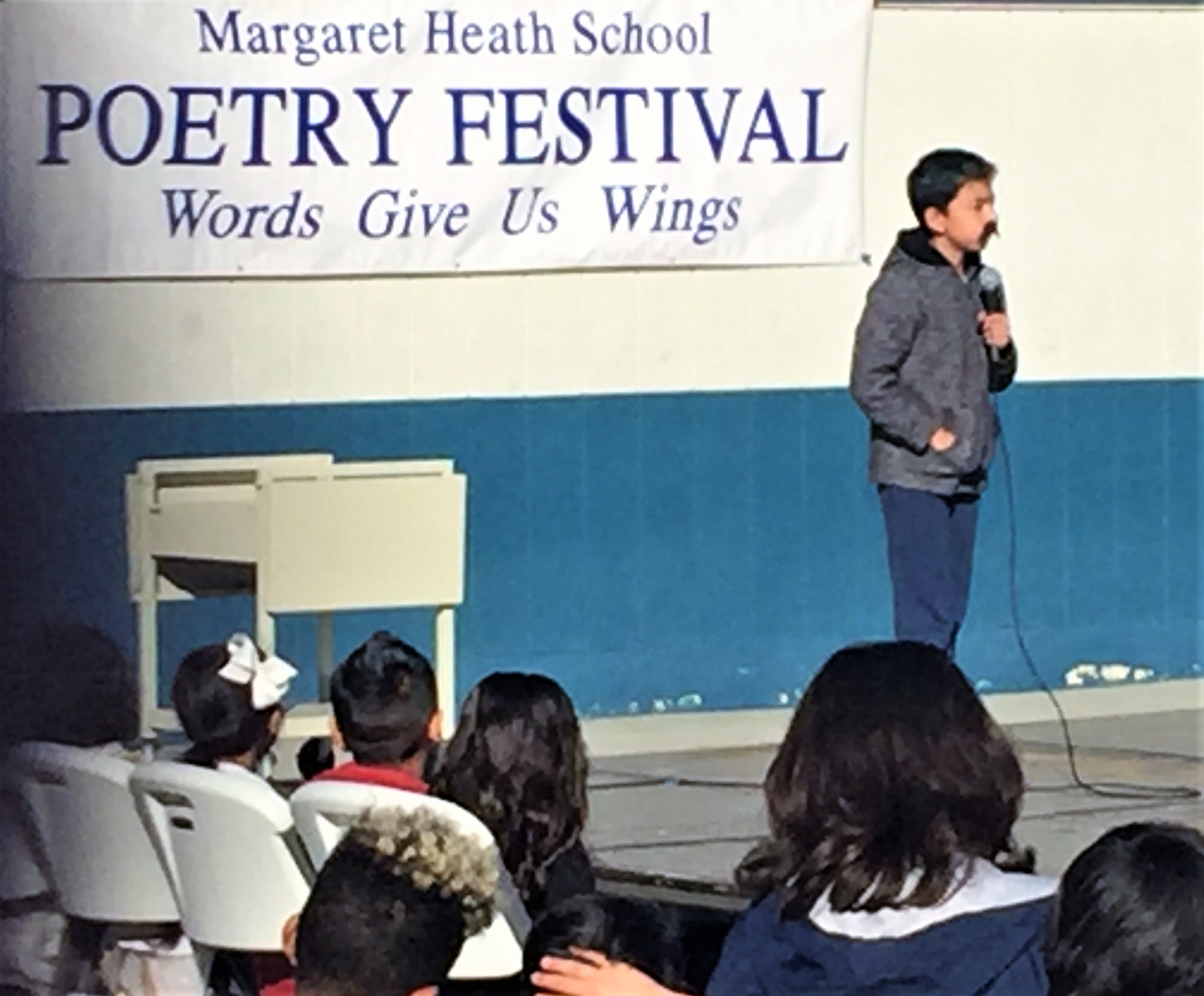