BALDWIN PARK – Kenmore Elementary School has qualified as an honor roll school for the 2018 America’s Best Urban Schools Award, the first of three stages in the competition sponsored by the National Center for Urban School Transformation (NCUST).

Just 18 schools across the U.S. were named as honor roll schools, or finalists for the award, which recognizes schools in metropolitan areas of more than 50,000 residents with high numbers of students from low socioeconomic households.

“We are incredibly proud of Kenmore for qualifying as an honor roll school,” Superintendent Dr. Froilan N. Mendoza said. “The process is still in its early stages, but to be selected as one of 18 finalists across the U.S. is an amazing achievement all by itself.”

To qualify as honor roll schools, schools must exceed state averages for student proficiency at every grade level as well as for each student group; show excellence in science, technology, engineering, art and math (STEAM) curriculum; ensure access to a rigorous standards-based curriculum; provide engaging, effective instruction; and promote a positive school culture.

“Among the thousands of urban schools throughout the nation, yours was one of the few able to document that you met all of the rigorous award criteria,” an NCUST award letter states.

Kenmore provides access to two computer labs and nine class sets of Chromebook laptops. Curriculum is driven by the rigorous California Standards and teachers are trained in instructional techniques that include Thinking Maps, Write from the Beginning and Beyond, close reading, shared inquiry and cognitively guided instruction – all designed to foster creativity, communication, collaboration and critical thinking.

The school also promotes a college-going culture as part of the No Excuses University network, emphasizes positive discipline programs, rewards students for reading challenges and encourages students setting their own goals.

In 2016, Kenmore was awarded a California Gold Ribbon for its literacy integration program and praised as one of six U.S. models of success by the No Excuses University network. In 2017, Kenmore was listed for a third time as a California Honor Roll school by the Campaign for Business and Education Excellence.

Next, NCUST will send a team to observe Kenmore classrooms and interview panels of students, teachers and parents. The team will determine whether Kenmore will be among the finalists honored as bronze, silver and gold medal schools.

“We are thrilled to make it this far in the competition,” Sattari said. “Our students are at the heart of everything we do, and I’m proud to lead a team of dedicated and talented educators in helping those students to achieve their dreams.”

BPUSD_KENMORE_1: Kenmore Elementary School teacher Raquel Gonzalez works with students to complete a response to literature. The students are clad in UCLA gear as part of the school’s effort to foster a college-going culture.

BPUSD_KENMORE_2: Kenmore Elementary School teacher Margarita Berdeja works with an intervention group of students who are approaching proficiency in math. 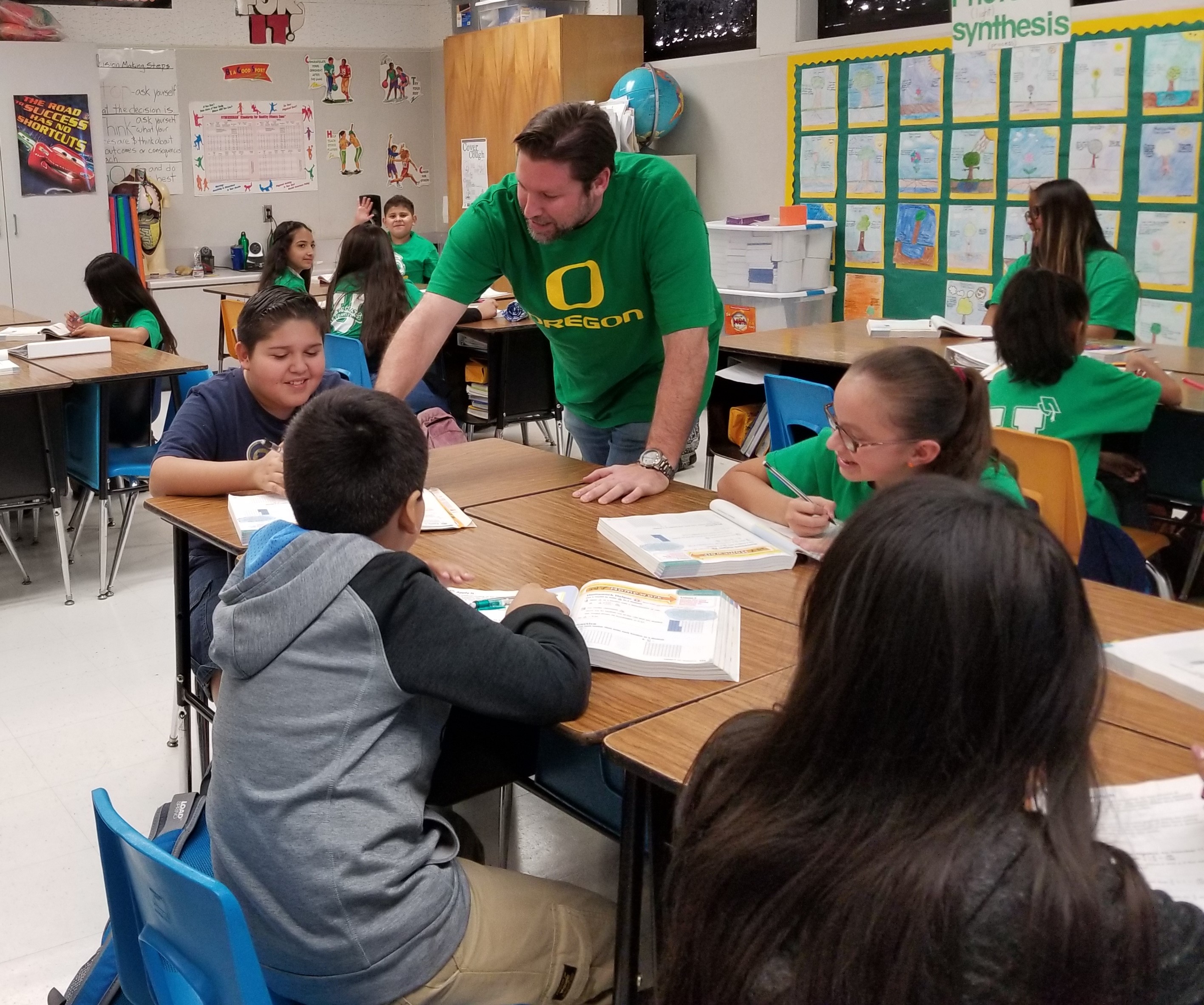