To receive the honor, all student demographic groups, including English language learners, at the highly diverse campus had to score above state averages on California’s English language arts and math standardized tests.

In all, 18 schools were selected as finalists in the competition; of those, 15 received medals – four gold, six silver and five bronze. Just four California schools were chosen as medal winners.

“We are deeply honored by this recognition,” Kenmore Principal Jane Sattari said. “Our talented team of educators at Kenmore is focused on helping each student achieve his or her potential. Awards like this are a potent validation of our commitment on behalf of these amazing students entrusted to us by the community.”

Kenmore provides access to two computer labs and 13 class sets of Chromebook laptops. Curriculum is driven by the rigorous California Standards. Teachers are trained in instructional techniques that include Thinking Maps, Write from the Beginning and Beyond, close reading, shared inquiry and cognitively guided instruction – all designed to foster creativity, communication, collaboration and critical thinking.

The school also promotes a college-going culture as part of the No Excuses University network, emphasizes positive discipline programs, rewards students for reading challenges and encourages students setting their own goals.

In spring, Kenmore was named a California Distinguished School – the state’s top honor for high-achieving schools. Just 287 of more than 5,800 elementary schools received the recognition.

In 2016, Kenmore was awarded a California Gold Ribbon for its literacy integration program and praised as one of six U.S. models of success by the No Excuses University network.

“Kenmore’s success is a beacon for all Baldwin Park Unified schools,” Superintendent Dr. Froilan N. Mendoza said. “This campus faces the same challenges as many of our schools – deep poverty among them – and inspires students to succeed. It serves as a model and inspiration for what we can accomplish together.”

BPUSD_KENMORE_1: Baldwin Park Unified teachers and administrators celebrate Kenmore Elementary School’s silver medal in the 2018 America’s Best Urban Schools competition. The award was given Oct. 9 at a gathering held by the National Center for Urban School Transformation in San Diego. 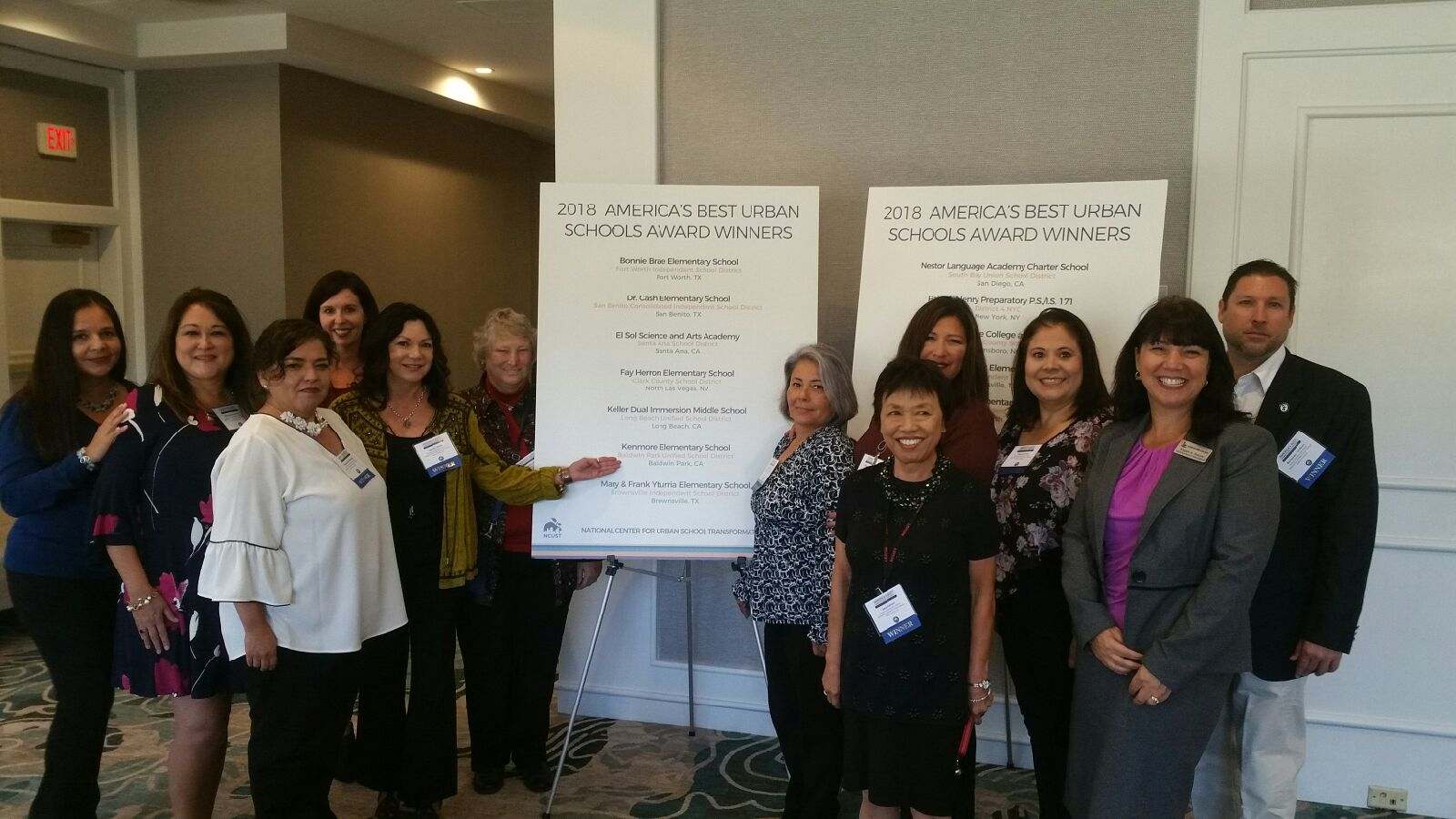