BALDWIN PARK – Baldwin Park Unified students, families, educators, administrators and community members joined together on March 2 to recognize the programs that are preparing students for 21st century careers and to highlight the array of opportunities available to students during the inaugural District Showcase.

“It is great to have each of our schools and key programs represented in one location – there is an energy here that inspires excellence,” Superintendent Dr. Froilan N. Mendoza said. “I am grateful to work alongside so many talented and dedicated individuals who support our students’ dreams and successes.”

Folkloric dance groups from Foster and Walnut elementary schools, as well as the District’s group, wowed the audience with bright numbers that generated claps, stomps and cheers.

Holland Middle School’s robotics team showed off its engineering and robotics skills, showcasing hand-made robots that are programmed to throw balls, stack blocks and maneuver in tight circles and at high speed.

“My son is going to start school this fall and I wanted to learn about the different options and how to enroll,” community member Jazmine Granados said. “I’m interested in the Dual Language program, and it’s good to know there are so many activities at the schools.”

Attendees were invited to learn about extended learning opportunities, including those offered through the Regional Occupational Program (ROP) and BPACE.

While parents and community members browsed the many booths and displays, younger kids enjoyed time in the Kids Zone, where they could play board games, compete in sack races and have their faces painted.

BPUSD_DISTRICT_SHOWCASE_3: Folkloric dance groups from Foster and Walnut elementary schools, as well as the District’s group, perform for audience members on March 2 during the District Showcase. 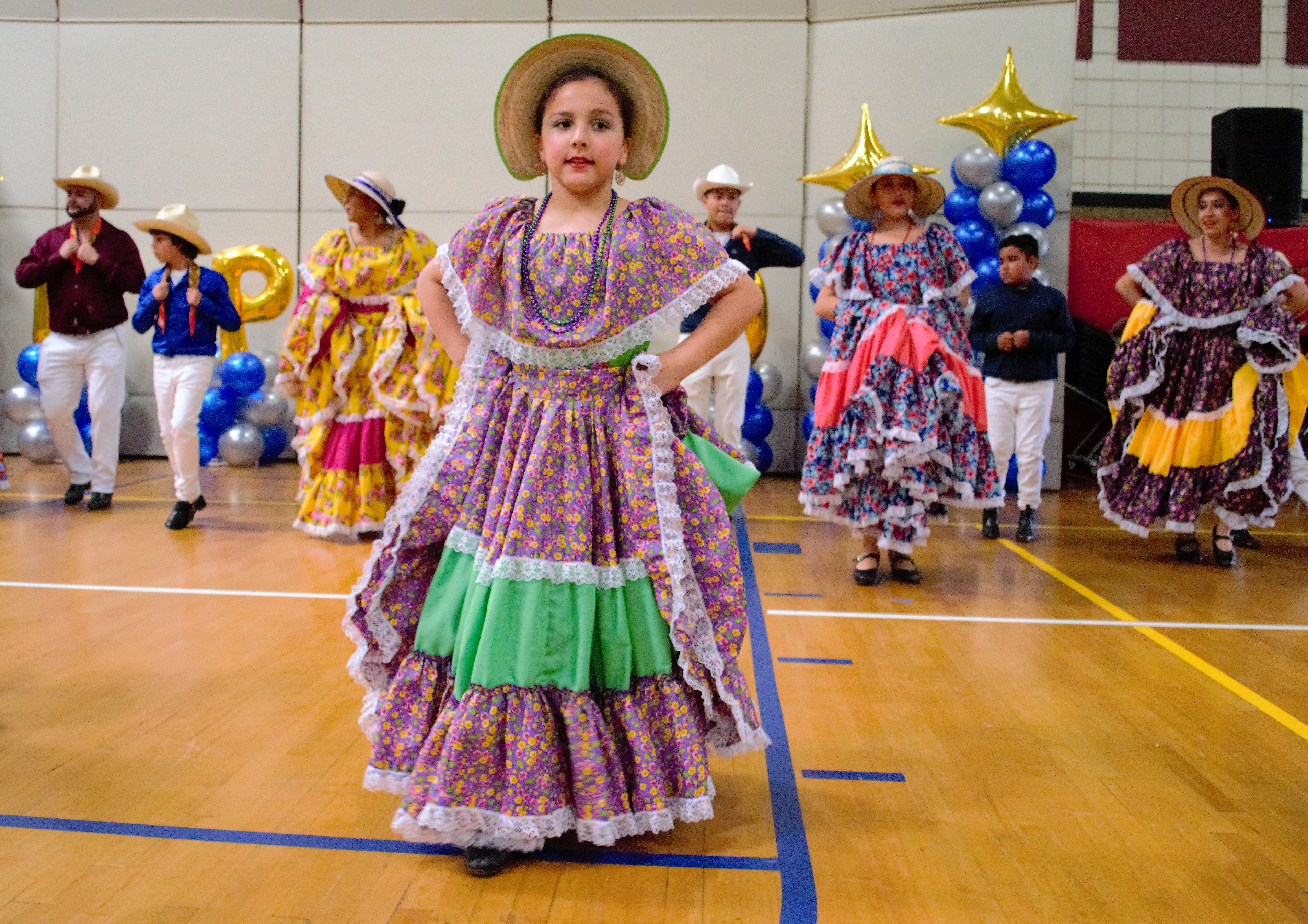 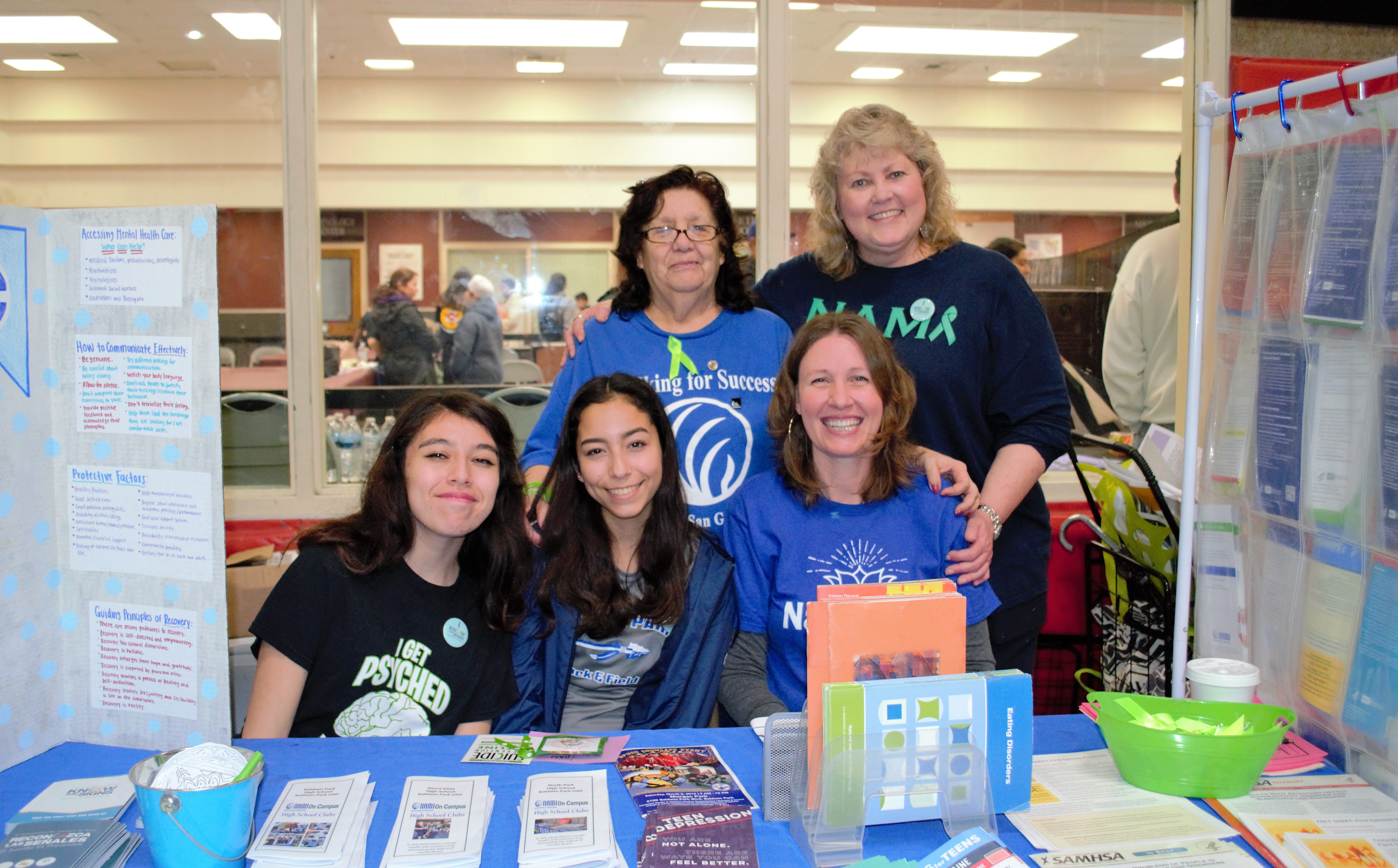 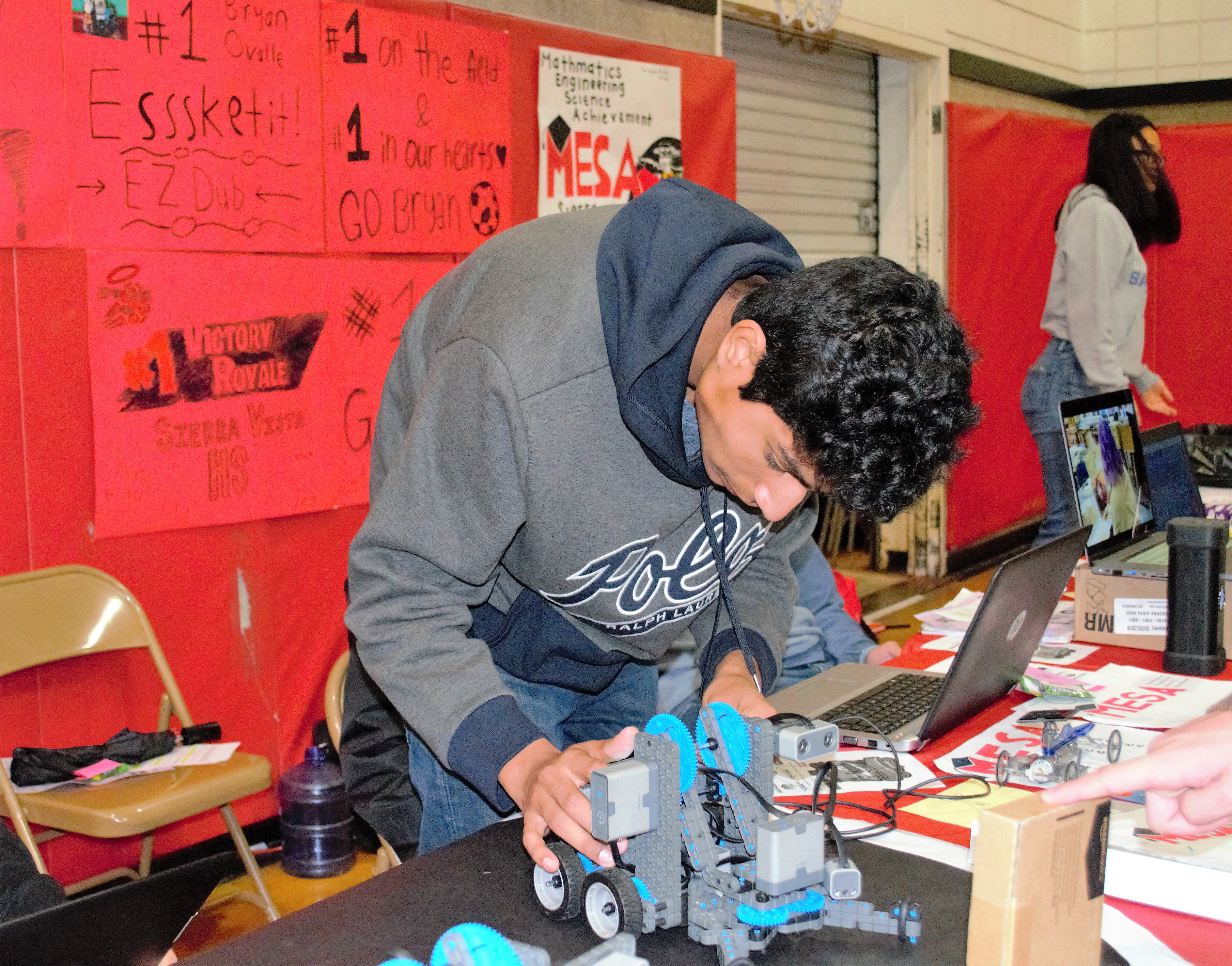