BALDWIN PARK – A Sierra Vista High School senior who dreams of becoming a neurosurgeon and eight other exceptional seniors received $10,000 in scholarships on May 10 from Baldwin Park Unified administrators, teachers and community supporters.

The top honor at the Joint Scholarship Ceremony went to Alana Resendez, a bilingual student inspired to study medicine by her mother’s battle against a neurological disease. Resendez received a $5,000 prize from the Ramona Burnham Scholarship Foundation.

The foundation was formed by the daughters of Burnham, a former Baldwin Park Unified teacher, to honor her legacy.
Students were evaluated for the awards based on their GPA, academic achievements, extracurricular activities, community service, employment, a personal essay, an essay on how an educator influenced their career goals, and financial need.

In her personal essay, Resendez described how, as a child in Mexico, she helped as her mother struggled to walk and speak.

“Even though my mother’s sickness was a hardship that we carried, it taught me that nothing is impossible,” she wrote. “Just as I helped my mom to walk, I will extend my arm to help others to walk their roads.”

In her essay on an educator, Resendez described how Sierra Vista High School teacher Charlene Fried welcomed her, guided her and inspired her when she moved to the U.S. and struggled to learn English.

The eight other scholarships were funded by the Baldwin Park Education Association (BPEA), the Baldwin Park Organization of Supervisors and Administrators (BPOSA) and Iota Pi Chapter of the Delta Kappa Gamma Society International (DKG). 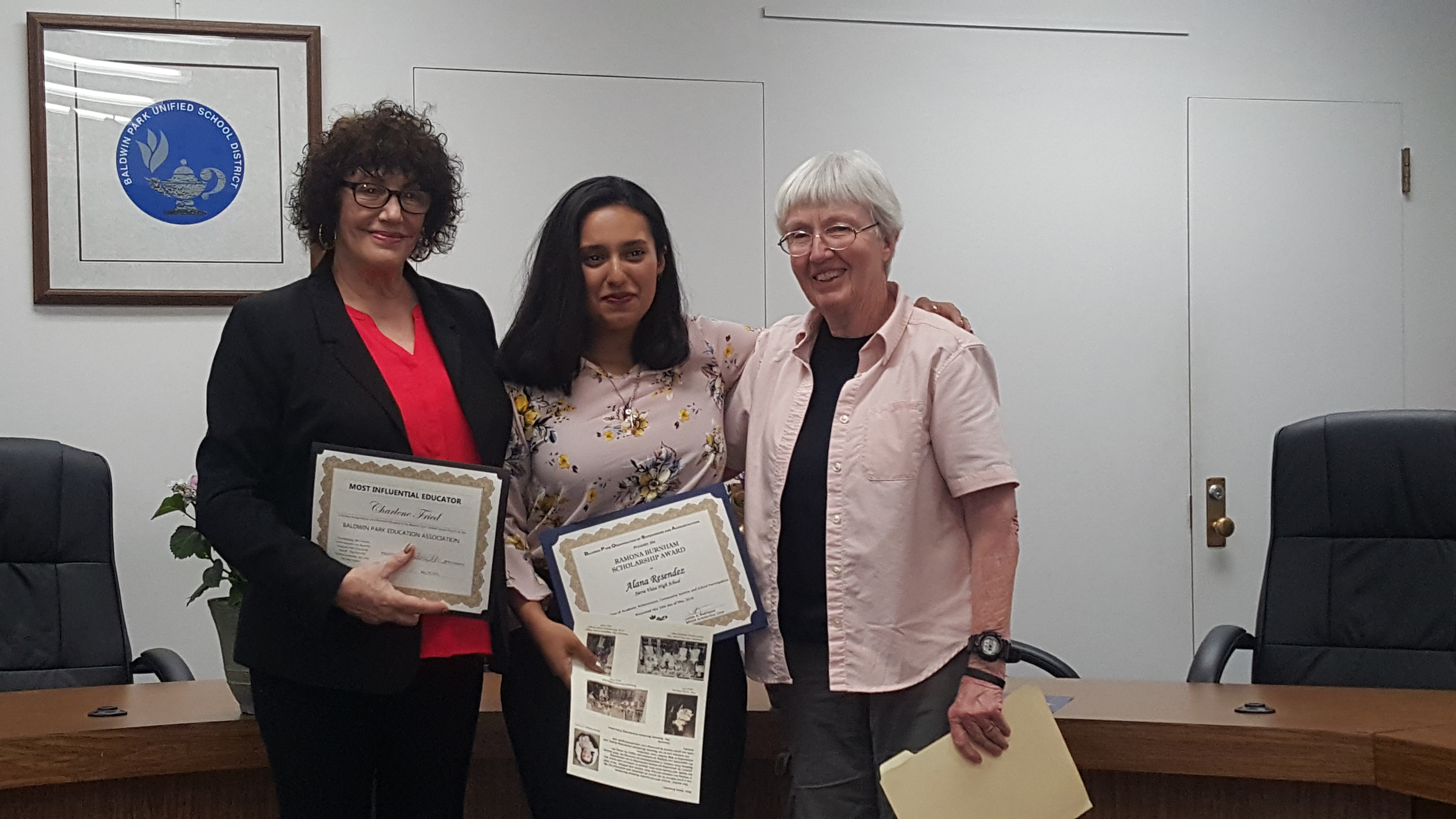 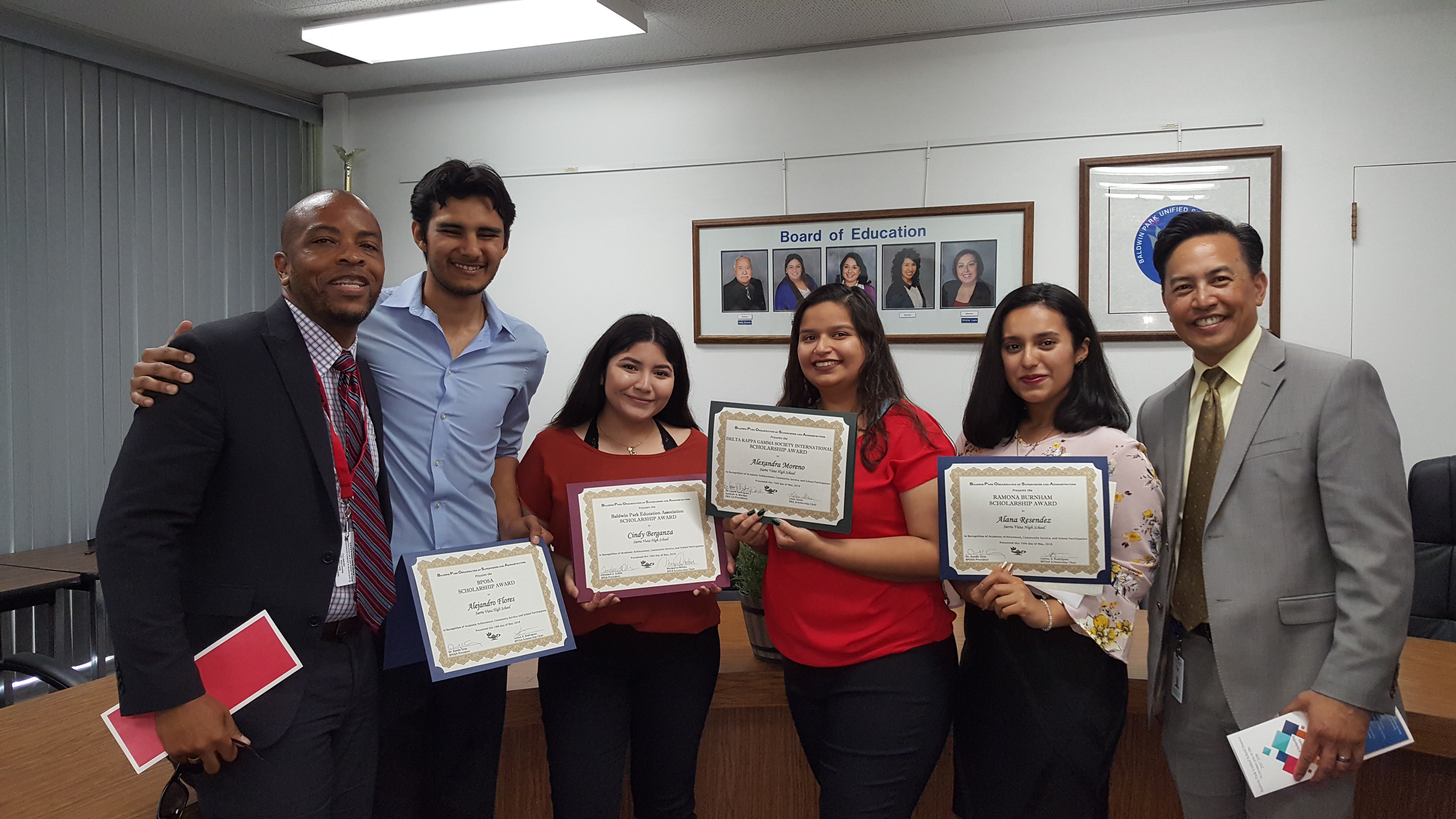