DETAILS: Santana, who was first elected in 2011, works as a human resources manager for the Los Angeles County Department of Parks and Recreation. Orozco has taught at several schools in Montebello Unified School District.

During a Special Board Meeting following the ceremony, the Board of Trustees will hold their new Annual Election of Board Officers to serve until December 2021. 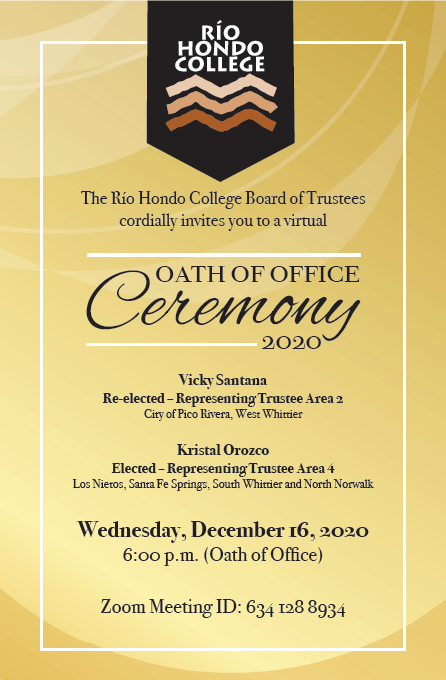