Paramount, CA – Paramount High School seniors Karla Navarro and Armando Alexis Torres have encouraged and competed with one another since they crossed paths as freshmen.

Their strong bond and healthy rivalry has pushed the duo to achieve one of the most prestigious scholarship honors available to U.S. students – the 2018 Gates Scholarship, covering all expenses of their college pursuits. The award went to just 300 students.

“We’ve always motivated each other to do better and strive for more,” Navarro said. “His drive to keep going and push for a better life is something that is inspiring to me.”

The feeling is mutual for Torres, who holds a 4.5 GPA and will attend Stanford to study philosophy and chemistry this fall. Navarro has a 4.4 GPA and is heading to UCLA to study sociology.

The all-expense-paid scholarship is offered by the Bill and Melinda Gates Foundation. The Gates Scholarship will go to 3,000 minority high school seniors over the next decade, funding the full cost of college not already covered by other financial aid and the expected family contribution determined by the Free Application for Federal Student Aid.

Navarro and Torres share similar stories of adapting to American life after each moved to the U.S. from Mexico in the fifth grade. Upon arriving in the States, Torres shared a one-bedroom apartment in Huntington Park with seven family members. He says he now shares the maturity he developed from early hardships with his younger family members.

“I FaceTime with my little sister on a lot of nights, and she tells me she’s going to be smarter than me,” Torres said. “I want to make sure she has a great example to aspire to.”

Navarro said that she has had to overcome barriers of sexism in her family. She was encouraged to pursue community college by some family members and had to convince them that she could achieve more. Navarro is now hoping to redefine what the young women in her family aspire to.

“Our two Gates scholars represent wonderful stories of resilience and inspiration,” Paramount Unified Superintendent Ruth Pérez said. “Through their hard work and commitment, they are realizing their dreams.”

Navarro and Torres sparked their healthy competition and bond when Navarro bested Torres in ninth-grade geometry class. Their teacher posted the top students’ scores for all to see – much to the surprise, and chagrin, of Torres.

The two have been nudging each other to new heights ever since. Both have been members of the Paramount Youth Commission, which works with the city to enact change. Torres has also played on the varsity soccer team, which captured the CIF title in 2017.

“Karla and Armando have each offered so much to the Paramount community and will serve as benchmarks for future students of our District,” PUSD Board President Vivian Hansen said. “Just as they have motived each other to succeed, they will leave a standard of success that will propel others to reach their goals.”

051818_PARAMOUNT_GATESSCHOLARS: Paramount High School seniors Karla Navarro and Armando Alexis Torres have pushed each other to success as they each achieved the 2018 Gates Scholarship, covering all expenses of their college pursuits. 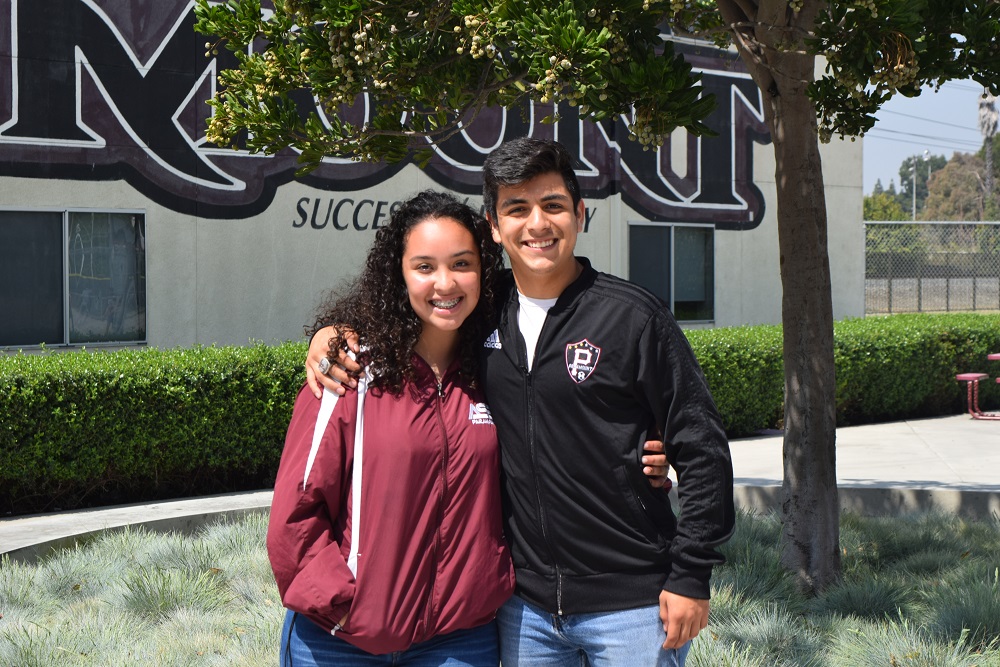