WHITTIER – Standing in a circle, five eighth-graders counted in unison to 30 as classmate Paul Chavez alternated between heart compressions and artificial respiration in a presentation of his lifesaving skills during a special summer class at Rio Hondo College.

When he paused, a partner used an automated external defibrillator to administer an electric shock to the practice dummy’s heart, and then Chavez resumed his efforts.

A few doors away, eighth-grader Jerilee Castillo and a partner manipulated crankshafts in a small engine module to shift the position of a piston, noting how the changes altered intake and exhaust valves.

Both classes – as well as others focused on engineering/design and building crystal radios – are part of Rio Hondo College’s eighth annual CTE Career Exploration Summer Academy, a weeklong exploration of career and technical education (CTE).

“We expose students not only to STEM topics, but also to the idea that they can be college students,” Rio Hondo College Superintendent/President Teresa Dreyfuss said.

“It’s fun because we get to use all of the tools and stuff,” said Chavez, who also noted that he made a 3-D keychain in his engineering/design class. “I like science.”

Castillo, who attends North Park Academy of the Arts, said the class has augmented other courses she has taken.
“I’ve always wanted to build stuff. I want to know more about options for my career,” she said.

Each day includes hands-on activities in science, technology, engineering and math (STEM). For example, in the small-engine project, students break down and assemble a car engine. Along the way, they learn electrical theory, calculations and application. In a structural design class, they construct and test the strength of bridges.

“We see a lot of students who, even at this age, don’t expect to attend college. But after being on a college campus, they see themselves as future college students. That’s our primary mission and we’re proud of that fact,” Romo said.

The academy culminated Friday, July 20, when the students present their projects, tour the Rio Hondo campus and receive information on college and career success. 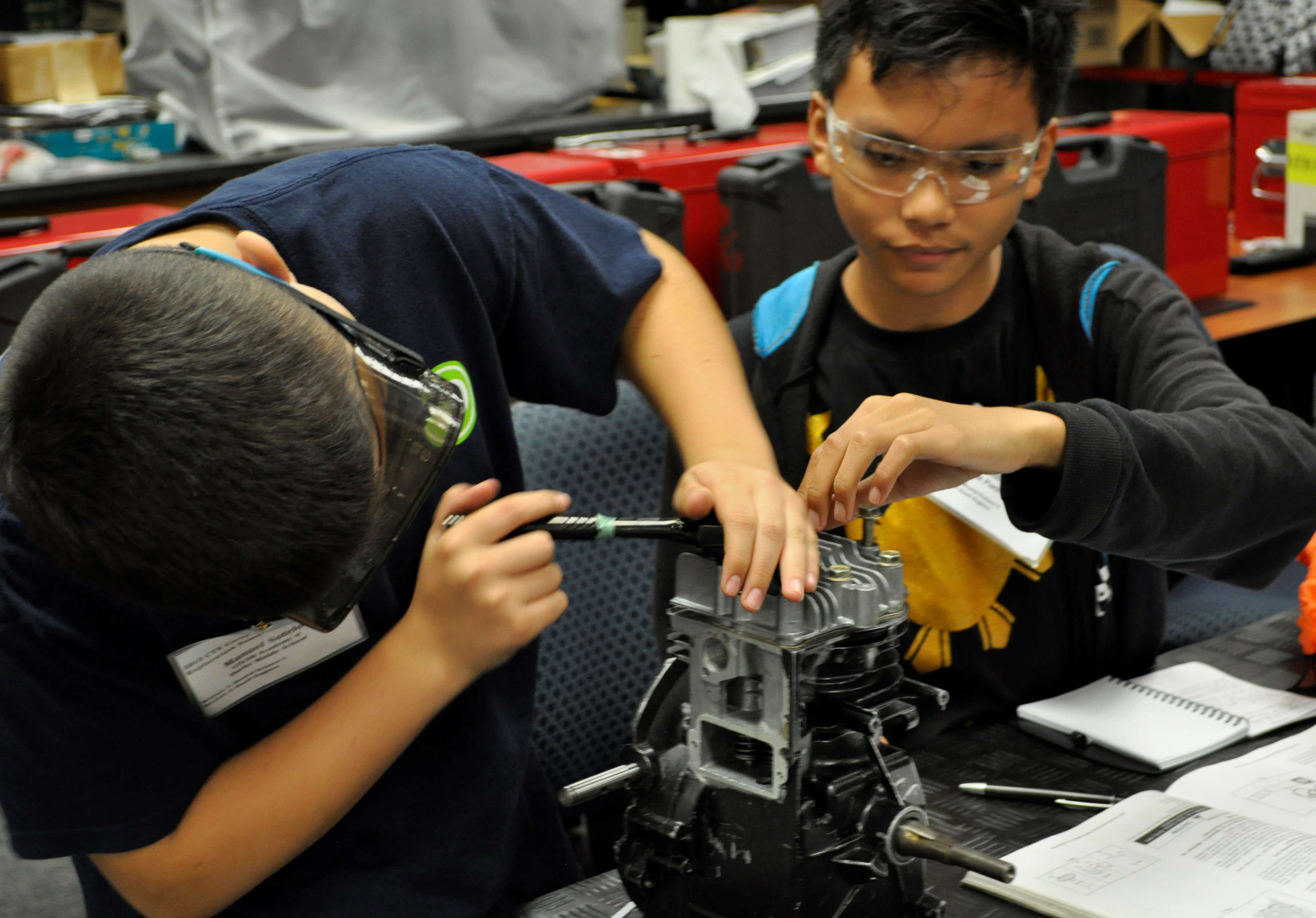 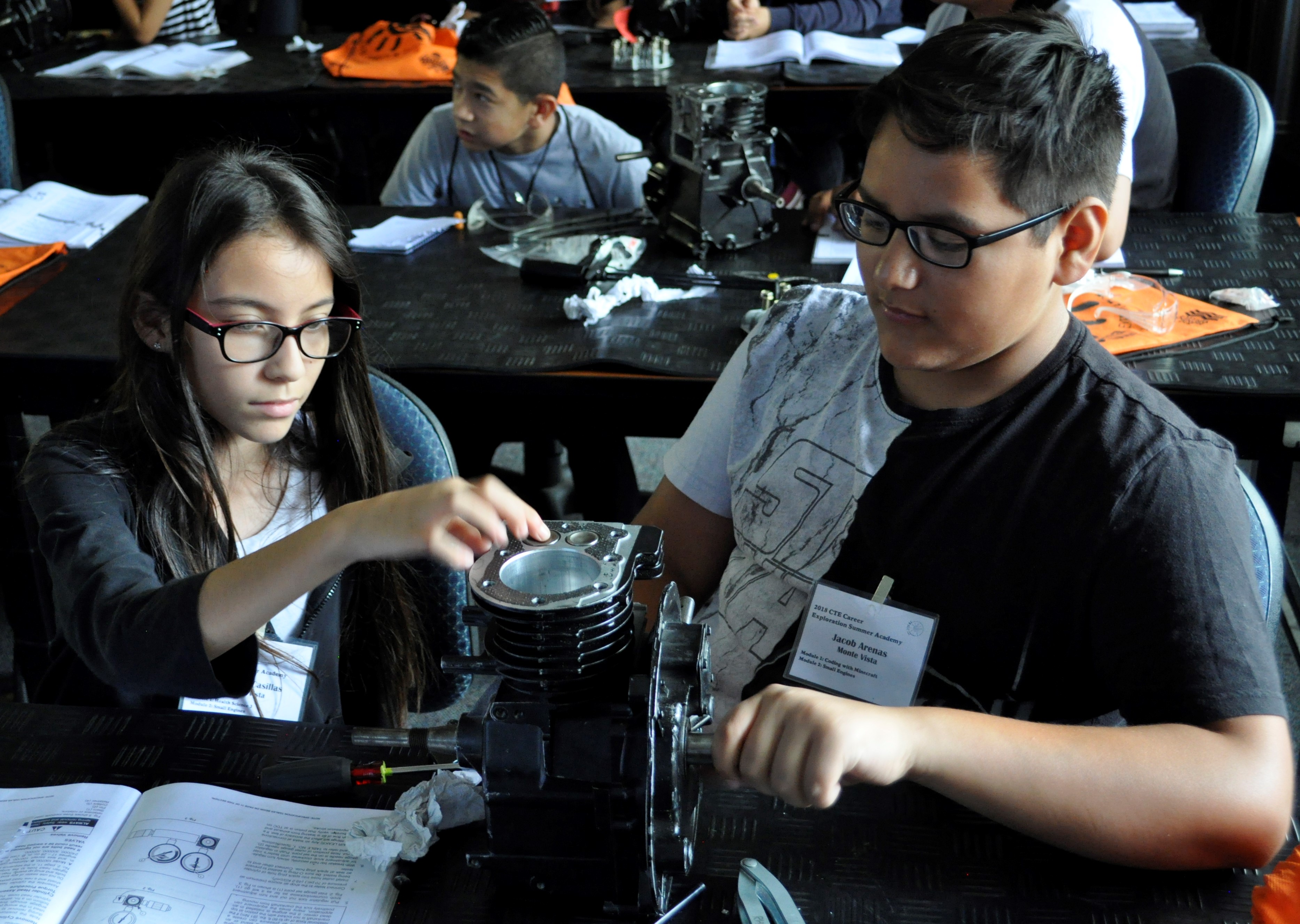 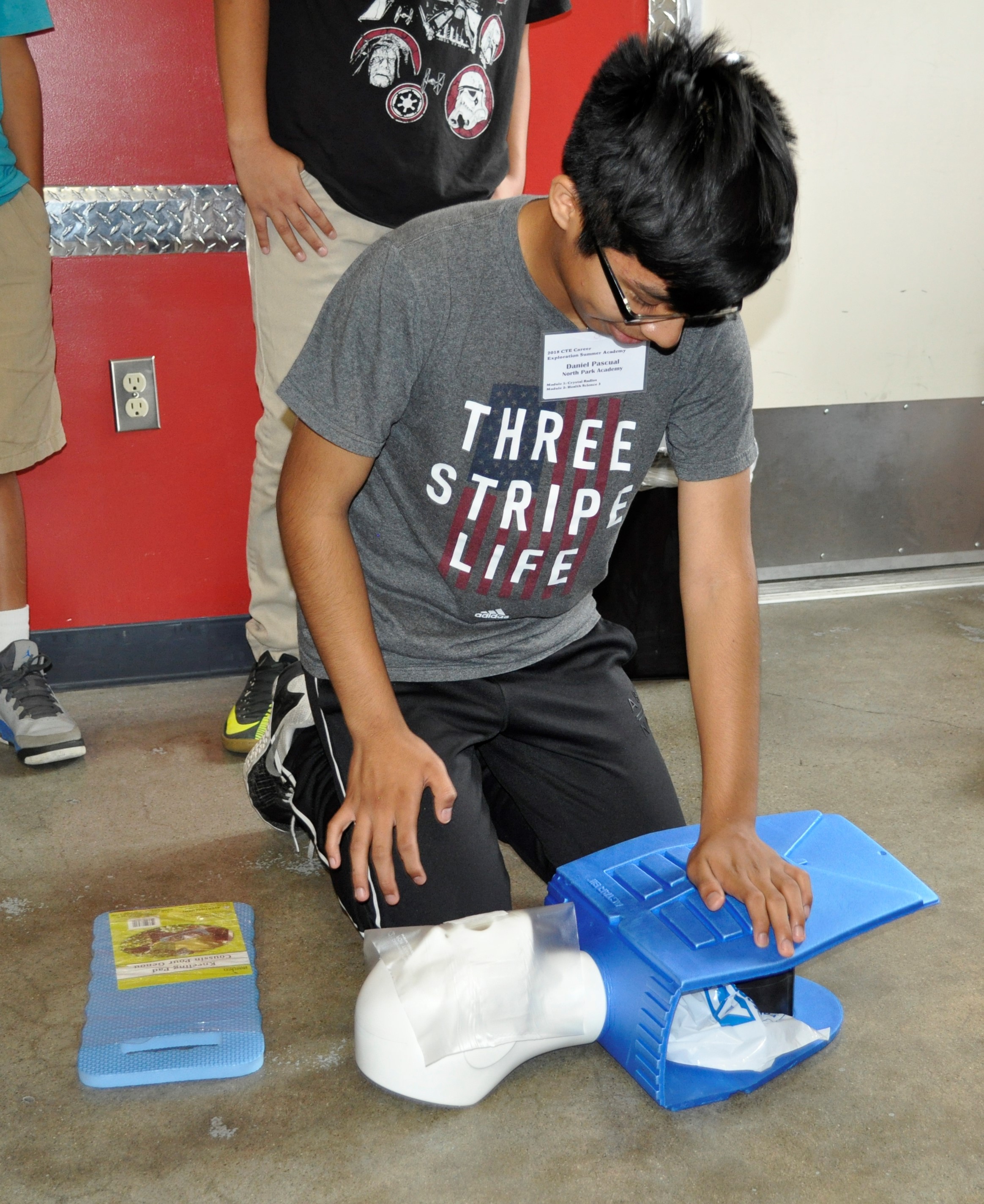