Buena Park School District’s elementary school students drew thunderous cheers of applause from parents and family members for every goal, blocked shot and kick during the first-ever Superintendent’s Cup soccer tournament on Dec. 3. The Superintendent’s Cup brought together more than 160 third-, fourth- and fifth-grade students from each of the District’s five elementary schools for a multi-round soccer tournament, aimed at teaching athleticism, perseverance, teamwork and good player conduct. After 15 games and several penalty kick showdowns, Emery Elementary School walked away as the winners for the third- and fourth-grade divisions, while Gilbert Elementary School was named the winner of the fifth-grade division. 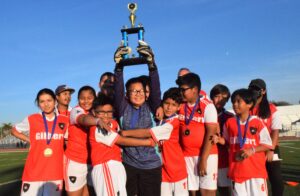 Fontana Unified School District has named Dr. Kimberly Moyer, an accomplished leader dedicated to innovation in education, as the new principal of Palmetto Elementary School. Moyer has 15 years of experience in education and has served in a variety of positions in Fontana Unified in recent years. She brings with her a passion for rigorous instructional experiences, educational technology, wellness in schools, and college and career readiness at the elementary level. 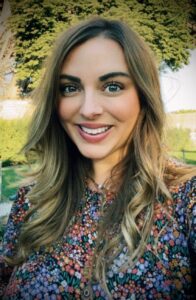 El Monte Union High School District students are receiving in-depth training in sports therapy and rehab thanks to the District’s new afterschool Sports Medicine Program, offered at Rosemead, South El Monte and Arroyo high schools. In the winter of 2021, EMUHSD worked with a small group of students to develop the program and partnered with ATvantage Athletic Training to provide athletic training services to all comprehensive schools. Rosemead, South El Monte and Arroyo have created afterschool programs that allow students to learn from ATvantage athletic trainers and gain the skills and knowledge needed to enter the athletic training and sports medicine industry.

Six Bonita Unified School District students were selected to be part of the prestigious Southern California Vocal Association (SCVA) Honor Choirs, where they showcased their immense musical talents in a culminating performance at the University of Redlands on Nov. 19. Each school year, the SCVA chooses 270 outstanding high school students from approximately 600 auditionees to sing in one of three choirs: SSAA, TTBB, or SATB, which include a mix of sopranos, altos, bass and tenors. San Dimas High School senior Ethan Maun was accepted into the TTBB Choir for the second year in a row; he was joined in the TTBB Choir by Bonita High School junior Eric Romero. Bonita High School seniors Jhett Buggle and Joe Ensign were also accepted into the SATB Choir, while seniors Ellen Chen and Trinity Moreno performed with the SSAA Choir. 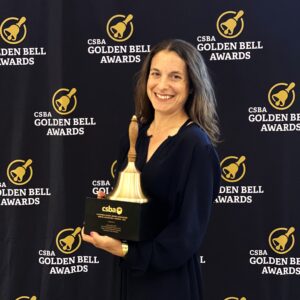 In partnership with the California Department of Education and the office of State Superintendent Tony Thurmond, Lynwood Unified School District will host a “Health for the Holidays” Community Wellness Fair, from 2 to 6 p.m. on Wednesday, Dec. 7 at Lynwood High School, providing students with health resources, holiday activities and giveaways. Thurmond will attend the event to encourage students to make the most of the resources available to them, including free prescription eyeglasses, COVID-19 vaccines, housing resources, health screenings and other health services. Lynwood High School is located at 12124 Bullis Rd., Lynwood.

The Bonita High School Chamber Singers, as well as alumni, have been selected to sing in the mass choir at Disneyland’s annual candlelight ceremony and processional, which will take place in the evening on Saturday, December 3 and Sunday, December 4. Following a vigorous audition process, the Bearcats were selected from a pool of applicants that included high school, collegiate and community choirs from across Southern California. Only 12 choirs were selected to perform in the mass choir. The Candlelight Processional is a 45-minute musical retelling of “The First Christmas” story, which features a mass choir as the centerpiece of the show. 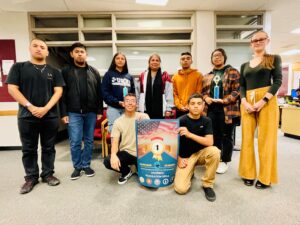 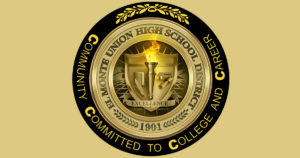 Four Fontana Unified schools received donations and food gift cards from Northgate Gonzalez Market during a grand opening celebration and special VIP reception on Nov. 29. Harry Truman Middle School and Cypress and Randall Pepper elementary schools received $1,500 each. Fontana High School received $2,500 to put toward the FOHI choir and ballet folklórico programs, as well as $3,000 to support families in need and student scholarships. Cypress Elementary will invest the donation in student, staff and parent incentives; Randall Pepper will use the funds for Northgate Market gift cards for families to spend over the holidays and school year; Truman Middle also will use the funds for food gift cards to help students’ families enjoy the winter season. 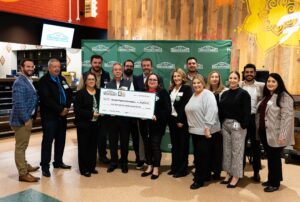