Pomona Unified School District operates 20 elementary schools, five K-8 schools, five middle schools, eight high schools and five other schools. The district was formed in 1954 as a merger of districts dating back to 1871.

The Pomona Unified School District is recognizing Madison Elementary School teacher Monica Whisenhunt as the 2014-15 Teacher of the Year for PUSD. Whisenhunt, who has served as sixth-grade teacher at Madison Elementary for more than 12 years, was nominated by her colleagues at the school and by other teachers in the district. She was selected for the accolade by the Associated Pomona Teachers and the Pomona Unified School District. She will be honored at the Los Angeles County Teachers of the Year Announcement and Awards Luncheon on Friday, Sept. 19. Photos of Whisenhunt are available. 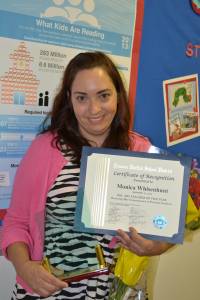 The California School Board Association (CSBA) has selected three Pomona Unified programs as finalists for the Golden Bell Award, the highest award for a California school district. Palomares Academy of Health Sciences, a National Academy Foundation school, is nominated for the excellence of its project-based biomedical program where the entire senior class, including special education students, was accepted to four-year colleges and universities. The Child Development “Tots, Teachers and Technology” program is being recognized for revolutionizing learning through technology and interactive media for 3- and 4-year-old students. Lastly, “The Youth and Family Master Plan” program spotlights PUSD as a hub for the community, offering a comprehensive, pre-natal to college/career readiness program. CSBA representatives will visit each site later this month before winners are selected. Photos of the programs are available. 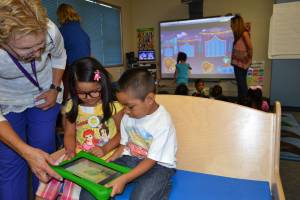 Pomona Unified is joining Los Angeles County in its “I’m In” attendance awareness campaign for the month of September, designated as “School Attendance Month.” Schools throughout the district are participating in raising awareness of the importance of student attendance through parent volunteers, district personnel and community partnerships. The collaboration is aimed at helping PUSD spread the message that good attendance matters, as well as help the District come up with solutions to ensure all children are in school as much as possible. PUSD will also conduct fun contests to incentivize students to attend class. Media contact: Juliette Funes, 909-447-2404 (office)

After polling more than 1,200 public high schools across the nation, The Daily Beast ranked Diamond Ranch High School in the Pomona Unified School District as one of the top 700 high schools in the country for 2014. The news organization used six indicators to determine its ranking, including graduation and college acceptance rates; college-level courses and exams; percentage of students with free or reduced lunch; and SAT and ACT scores, indicators of how well a school prepares students for college. Diamond Ranch has a 99.3 percent graduation rate, with 89.3 percent of students college-bound. Media contact: Juliette Funes, 909-447-2404 (office)

The Pomona Unified School District has launched a Dual Language Immersion program for the 2014-15 school year at Westmont Elementary, where more than 50 kindergarten students will learn how to read, write and communicate effectively in an English- and Spanish-language setting while achieving high levels of academic success. The inaugural program is starting in two full-day kindergarten classes at Westmont, located at 1780 W. Ninth St., and will continue through the sixth-grade, ensuring students receive an exciting and challenging educational opportunity where they will gain the bilingual skills needed to succeed in a 21st century world. Photos of the program are available. 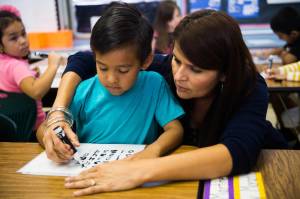 The Pomona Unified School District has launched a full-day kindergarten program at 15 of its elementary school sites, with plans to expand the service to several more schools next year. After seeing the success the all-day kindergarten program had at both Cortez Math and Science Magnet School and La Verne Science and Technology Charter School – which launched the pilot program three years ago – the Pomona Unified School District Board of Education recently voted to expand the program to an additional 13 elementary school sites. 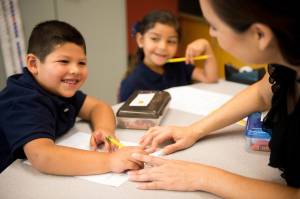 After years of sharing a sports arena with Pomona Unified’s three other high schools, Ganesha High School finally has a stadium to call its own. The Pomona Unified School District Board of Education unanimously approved a resolution on Aug. 13 that changed the field’s designation as the “District Stadium” to the official home field of Ganesha High School. The field, dedicated to former board member Nancy J. McCracken, will retain its name. 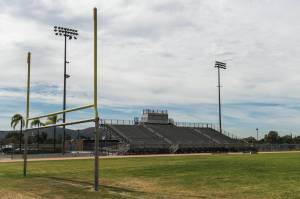