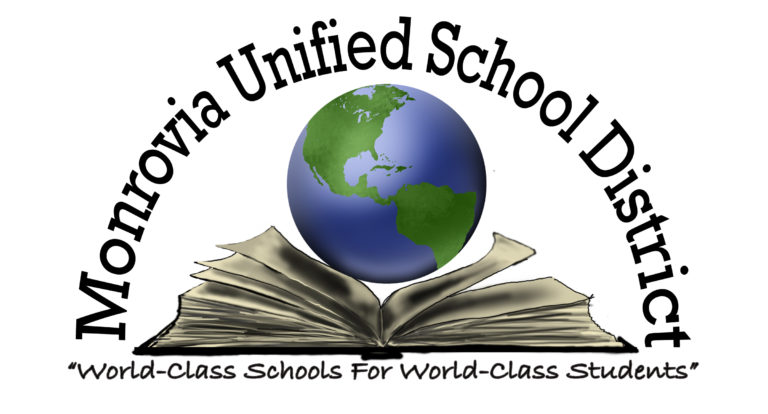 Monrovia Unified School District will celebrate the Class of 2020 during two days of commencement drive-thru events. Canyon Oaks High School and Mountain Park Independent Study School will celebrate seniors at 6 p.m. Tuesday, June 2 at Monrovia High School, 845 W, Colorado Blvd., Monrovia. Monrovia High School will host its ceremony at 3 p.m. Wednesday, June 3 at Monrovia High School. Every student will be allowed to attend in one car, and only the student will exit the vehicle to walk the stage and receive his or her diploma. The graduates will then take their graduation photos, make their way back to the cars and drive through to the exit point. The plan put forth by Monrovia Unified adheres to all social distancing requirements and public health guidelines established for Los Angeles County. 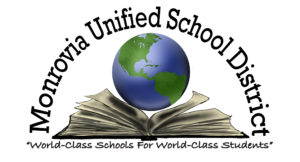 Monrovia Unified School District’s celebrated its scholars with a montage video of the 2019-20 school year during Virtual Monrovia Days on May 16. The video showcased the programs and events that happened throughout the school year including theater and musical performances, coding and robotic showcases, and athletic achievements. 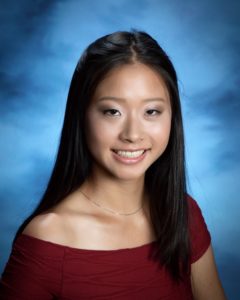 Monrovia High School has been ranked in the top 13 percent of schools in the nation by U.S. News and World Report, recognizing its student achievement and college and career readiness programs. Monrovia High earned a score of 87.08, earning a high ranking among approximately 2,600 high schools in California. Monrovia’s score correlates to its percentile position in the 2020 Best High Schools rankings.

Monrovia High School has been ranked in the top 13% of schools by U.S. News and World Report, recognizing the school’s Early College partnership with Citrus College, as well its award-winning career pathways, including its Math and Science Academy – which earned a Gold Ribbon Award from the California Department of Education in 2014 – and Humanities Academy and Video Production Academy. Monrovia earned a score of 87.08, earning a high ranking among approximately 2,600 high schools in California.

Monrovia Unified School District’s community will celebrate the city of Monrovia’s birthday with an at-home celebration beginning at 10 a.m. Saturday, May 16. In place of the usual parade, carnival and live entertainment, a virtual experience is planned that will allow the school community to wish Monrovia a happy birthday from the safety of their homes. Students and families will submit videos wishing the city a happy birthday and take part in an at-home pie eating contest.

Clifton Middle School has been recognized as a 2020 School to Watch for its academic excellence, responsiveness to the needs of students, and commitment to helping every student achieve at a high level. The honor, conferred by the National Forum to Accelerate Middle-Grades Reform network, is Clifton’s second designation as a School to Watch. Clifton was previously recognized in 2017, the same year it was named a California Gold Ribbon School.

Tzu Chi, a local humanitarian organization and private school, donated 2,000 surgical masks and 1,000 portable hand sanitizers to the City of Monrovia on March 31, with a portion of the donation going to Monrovia Unified School District to ensure the continued safety of staff, students, and families. In addition to the masks and sanitizer, Tzu Chi also donated gloves and bottles of surface disinfectant. 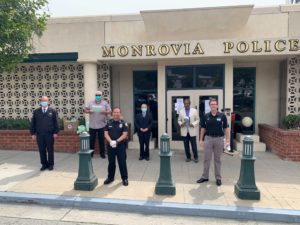 Monroe Elementary School Principal Lily Jarvis has been selected from among 200 applicants for a seat on the Instructional Quality Commission (IQC), which advises the State Board of Education on curriculum and instructional matters. She started her term in January. The IQC develops and recommends curriculum frameworks, evaluate instructional materials and make educational recommendations.