El Monte City School District’s Nutrition Services team will be wearing 3-D printed face shields as they feed about 5,100 children each day thanks to a donation from a team at Cal State Dominguez Hills. The District received 50 of the shields after Central Kitchen and Catering Manager Liz Estavillo Valdez heard Center for Innovation in STEM Education (CISE) Director Kamal Hamdan on an April 15 radio show describing his team’s efforts to provide shields to frontline workers. 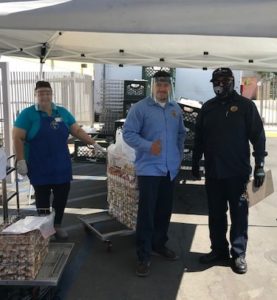 El Monte City School District is distributing more than 4,000 Chromebooks and close to 1,400 Wi-Fi hotspots to students and their families as part of a Distance Learning program launched in response to the COVID-19 pandemic. District leaders determined need for the digital tools through an extensive survey of community members; tools have been distributed over several weeks. 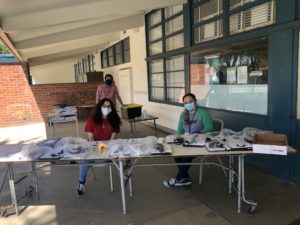 LeGore Elementary Named a Leader in Me Lighthouse School

LeGore Elementary has been named a Leader in Me Lighthouse School for its excellence in applying the “7 Habits of Highly Successful People” leadership program to inspire student success and college readiness. The school is the third campus in El Monte City School District and one of about 300 schools in the world to receive the two-year certification. 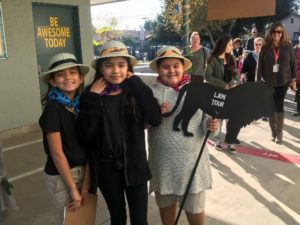 El Monte City School District students exhibited their expertise in building robotics, coding in computer languages and editing with video production software to parents and community members during the District’s second annual Tech Fair. The “Magic of Technology” themed showcase on Feb. 27 featured information booths from each school, outlining how the District is using technology to boost student achievement.