East Whittier City School District serves students through 10 elementary schools and four middle schools. The District, in partnership with parents, endeavors to motivate, inspire, and encourage all students to use their unique potentials to reach their highest level of academic achievement and emotional and physical well-being.

East Whittier City School District has invited community members to provide input at 6 p.m. Tuesday, March 14 on the characteristics they’d like in the District’s next superintendent. Superintendent Mary Branca is retiring in June following a 30-year career in the district. The meeting will take place at the District Office, 14535 E. Whittier Blvd., Whittier. An online survey will be available March 13-24 on the District website at www.ewcsd.org. The board is expected to interview finalists and make a final selection on May 22.

Wendy Davio, principal at East Whittier School District’s Hillview Middle School, has announced that she will retire at the end of the 2016-17 school year. During her eight years at Hillview, Davio and a committee of teachers created Helpful Husky Families, a parent volunteer group that helped build a positive, supportive culture which encouraged all students to be high achievers, take pride in their school and their appearance and respect one another. They also developed a code of behavior called PACK: Prepared, Attitude, Capable and Kind. 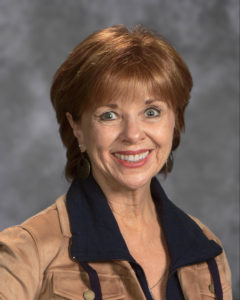 East Whittier City fifth-graders are singing the praises over the District’s decision to expand visual and performing arts programs to elementary school classrooms. The District is providing more than 900 fifth-graders with weekly piano instruction so students can learn the basics of reading music. The curriculum prepares them for advanced music instruction at the District’s middle schools. A funding priority in the District’s 2016-17 Local Control and Accountability Plan, the music program provides a music teacher to serve East Whittier City’s 10 elementary schools.

Through a mix of personalized one-on-one instruction, web-based curriculum and a visit from a four-footed friend, East Whittier City School District students are provided with a comprehensive Response to Intervention program to address academic or behavioral support needs. Each of East Whittier’s 10 elementary schools have full-time intervention specialists who oversee the schoolwide RTI in English language arts, mathematics, writing and English language development. Laurel Academy, a six-week program for students at Laurel Elementary, provides students with 30-minute study sessions during homeroom. At Hillview Middle School, students are under “Husky Watch,” in which teachers keep a close eye on students in need of additional support. Occasionally, students receive a visit from the school mascot, Bani the Husky, a neighborhood dog who has become a beloved fixture at Hillview.