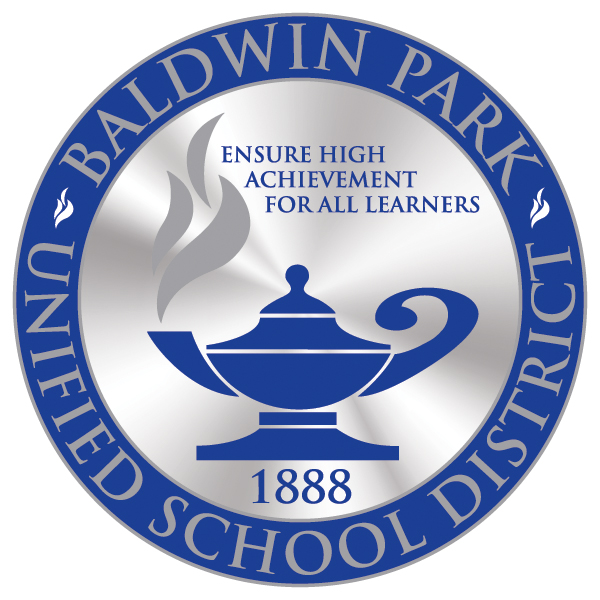 A two-year, project-based learning initiative has sparked new levels of classroom creativity at Baldwin Park Unified’s North Park High School, the only continuation school chosen to participate in a special UCLA program designed to promote teaching innovation. The program led to a school-wide effort that incorporated student-directed, hands-on activities in all content areas, including collaborative projects that artistically documented milestones in student lives. North Park’s innovations, funded with two $20,000 grants through UCLA’s Teacher-Initiated Inquiry Project, were showcased in a 30-minute video that impressed UCLA educators so much during a May 17 review that they have presented the video to the California Department of Education as a model for future efforts.

Students at DeAnza Elementary School in Baldwin Park will learn ways of managing conflict at 8:30 a.m. Tuesday, May 26 through a 40-minute play performed by Kaiser Permanente’s Educational Theatre Program. The play, called “It’s Stop Time,” is designed for children in grades three through five. The event is part of a program of Mental Health Month activities sponsored by a community partnership that includes U.S. Rep Grace Napolitano, co-chairwoman of the Congressional Mental Health Congress, Kaiser Permanente Baldwin Park and the Baldwin Park Unified School District. Parents are invited to attend the event, which will be followed by a workshop for students and parents on Wednesday, May 27.

Six Baldwin Park Unified schools were named Tuesday as California Gold Ribbon Schools – the state’s highest award for academic excellence – giving the district a win for every application submitted. The awards, which have temporarily replaced the California Distinguished School Program, go to secondary campuses that successfully implement new academic content and performance standards for all students, including English learners, as demonstrated through model programs chosen by the schools. In all, the state honored 193 middle schools and 180 high schools. Baldwin Park Unified’s Holland Middle, Jones Junior High, Olive Middle, Sierra Vista Junior High, Baldwin Park High and Sierra Vista High schools were recognized for best practices that ranged from boosting parent and community involvement and STEM programs to closing the achievement gap and reducing absenteeism and dropouts. The schools also earned an additional award for being Title I Academic Achieving Schools.

Diego Hernandez and Timothy Valdez – both seniors at Baldwin Park Unified’s Sierra Vista High – are two of the 1,000 nationwide recipients of the Gates Millennium Scholarship, which covers all college costs and possibly all graduate school costs for high-performing, low-income students. Hernandez, who has a 4.56 GPA, will study aerospace engineering at USC in pursuit of a dream to put the first human on Mars. Valdez, who has a 4.22 GPA, will study medicine at Claremont McKenna College en route to becoming a doctor.

Follow-up Story: Kenmore Elementary third-graders on May 20 donated 500 books gathered by the students during an April “book-raising” event to a local church for distribution to neighborhood children. The donation will be made at the students’ Kenmore classroom, 3823 Kenmore Ave., Baldwin Park. The students coordinated the book-gathering event on their own, after being inspired by teacher Margarita Berdeja, who was recently named 2015 Teacher of the Year by LegiSchool in recognition of her promotion of civic learning through project-based activities. 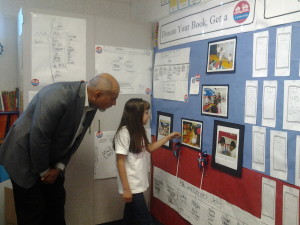 Baldwin Park Unified’s North Park High School is being honored at 6 p.m. Tuesday, May 12 by the District Board of Trustees as a 2015 California Model Continuation School for providing an innovative, student-focused program that boosted student credit completion rates to 97 percent and graduation rates to 92.4 percent in 2013-14. Treustees meet at the District Administration Center, 3699 N. Holly Ave., Baldwin Park. The three-year designation by the California Department of Education is a first for North Park, which serves between 300 and 400 students a year. School leaders slashed the dropout rate to 5.9 percent and cut suspensions/expulsions to 7.9 percent from 28.2 percent in two years. The school, along with 28 other 2015 designees, was also honored at the 2015 California Continuation Education Association State Conference held May 1-3 in Burlingame.