WHITTIER – The Whittier Union High School District unveiled its spectacular 7,000-seat football stadium at Pioneer High School – among the largest high school stadiums in the San Gabriel Valley – to the community during a grand opening ceremony on May 28.

The $17.5 million facility, built with proceeds from the $75 million Measure W facilities bond, was dedicated as the Dick Torres Memorial Stadium in honor of Richard (Dick) Torres, who died in 2010 after serving more than 30 years as an educational leader and inspiration to Whittier Union students.

“We’ve been waiting with excitement for the day when we could open this District stadium and cheer on our student-athletes from the sidelines,” Whittier Union Board of Trustees President Jeff Baird said. “That day has finally arrived and I want to thank the community for supporting the need for premium athletic facilities in our schools and enhancing opportunities for our student-athletes to achieve excellence in academics and athletic competition.”

During the celebration, visitors toured the District stadium, to be shared with Santa Fe High, and marveled at the many improvements it will offer to the school community, including enhanced seating capacity – with 2,000 seats for visitors and seating for 5,000 for the home team – and upgrades that include renovated soccer fields, outdoor tennis courts, junior varsity and varsity baseball and softball fields, and concession areas.”

Other stadium features include an elevator and press box, as well as locker and weight rooms, an equipment storage room and coach’s office with restrooms in a separate structure below. The stadium includes a nine-lane, multi-colored synthetic track that highlights passing zones, a feature found more commonly in colleges and universities, including UCLA’s famed Drake Stadium.

Torres’ wife, Mary, expressed her pride that her husband’s legacy will reach generations of students.

“Along with his own children, being an educator here was an important part of his life and allowed him to dedicate himself to helping students succeed and achieve their dreams,” she said. “It is an enormous privilege for me, our families, our children and grandchildren to see this beautiful stadium carry the Torres name. It is more than any of us could have ever hoped for.”

Torres began his Whittier Union career in 1969 as a teacher at Santa Fe, where he led the Expanded Horizons program, serving and motivating first-generation, college-going youth. He later served as Pioneer’s Assistant Principal of Business and Activities, a post he held until his retirement in 1991. Torres continued to substitute as a teacher and administrator at every District school until his passing.

Joe Duardo, a parent and community leader, lauded Torres for his role in growing the Horizons program at Santa Fe and for stressing the importance of parent involvement in increasing student success.

“Throughout his career, Dick demonstrated an uncommon dedication, enthusiasm and passion to advocate on behalf of all of the District’s students,” Duardo said. “Just as this stadium has been transformed by the renovation project, the District’s instructional program and the lives of thousands of students have been transformed, thanks to Dick Torres and the vision that he so fervently and persistently articulated.”

The Pioneer Class of 2015 will hold its graduation ceremony in the new stadium on Wednesday, June 3.

“We are elated to open this first-class athletic facility to our students who continue to distinguish themselves in the classroom and on the field,” Superintendent Sandra Thorstenson said. “To have the stadium bear the name of a man who inspired so many and left a lasting impact on everyone will serve as a reminder to this community that demographics do not determine destiny at Whittier Union.” 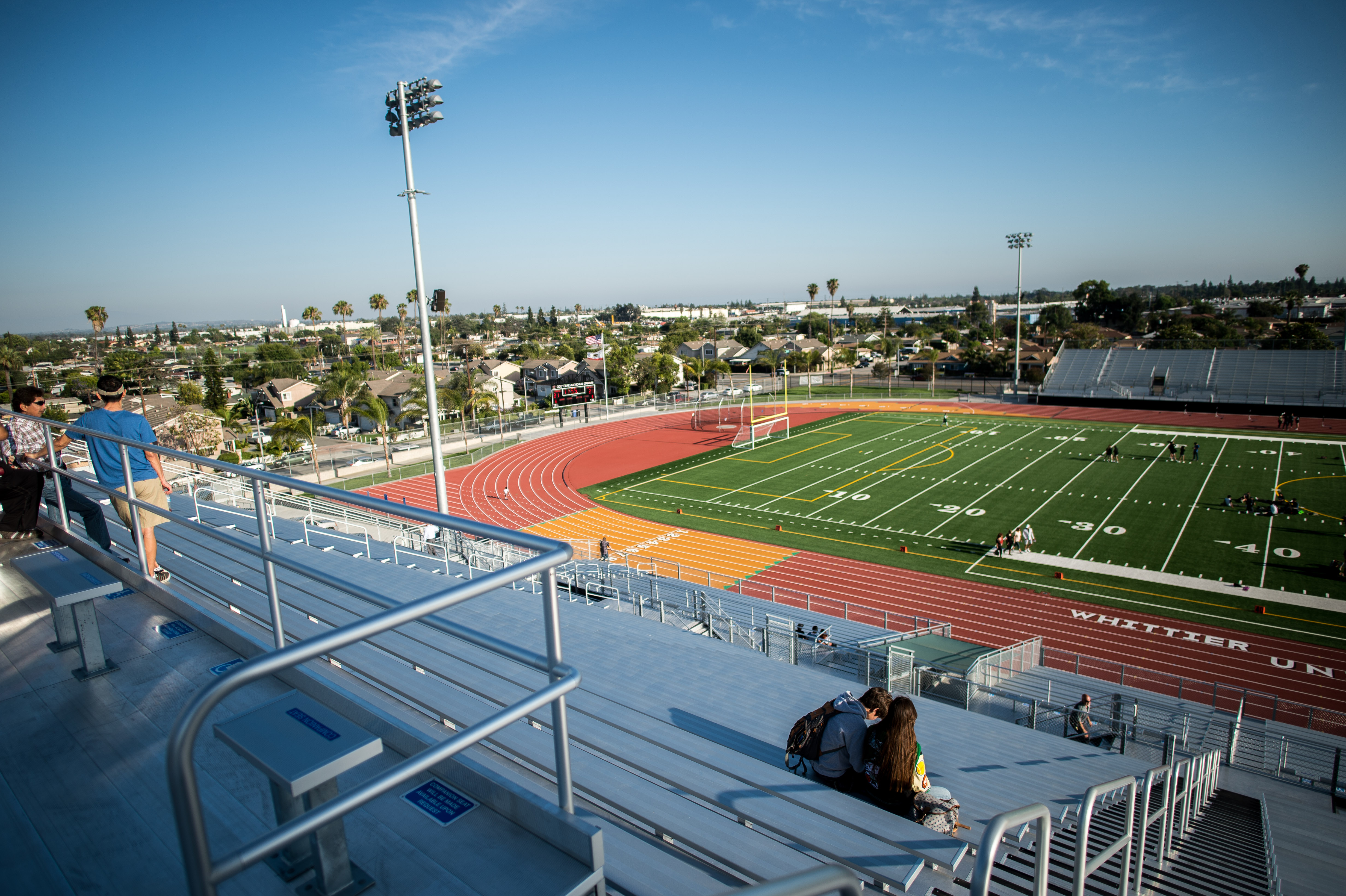 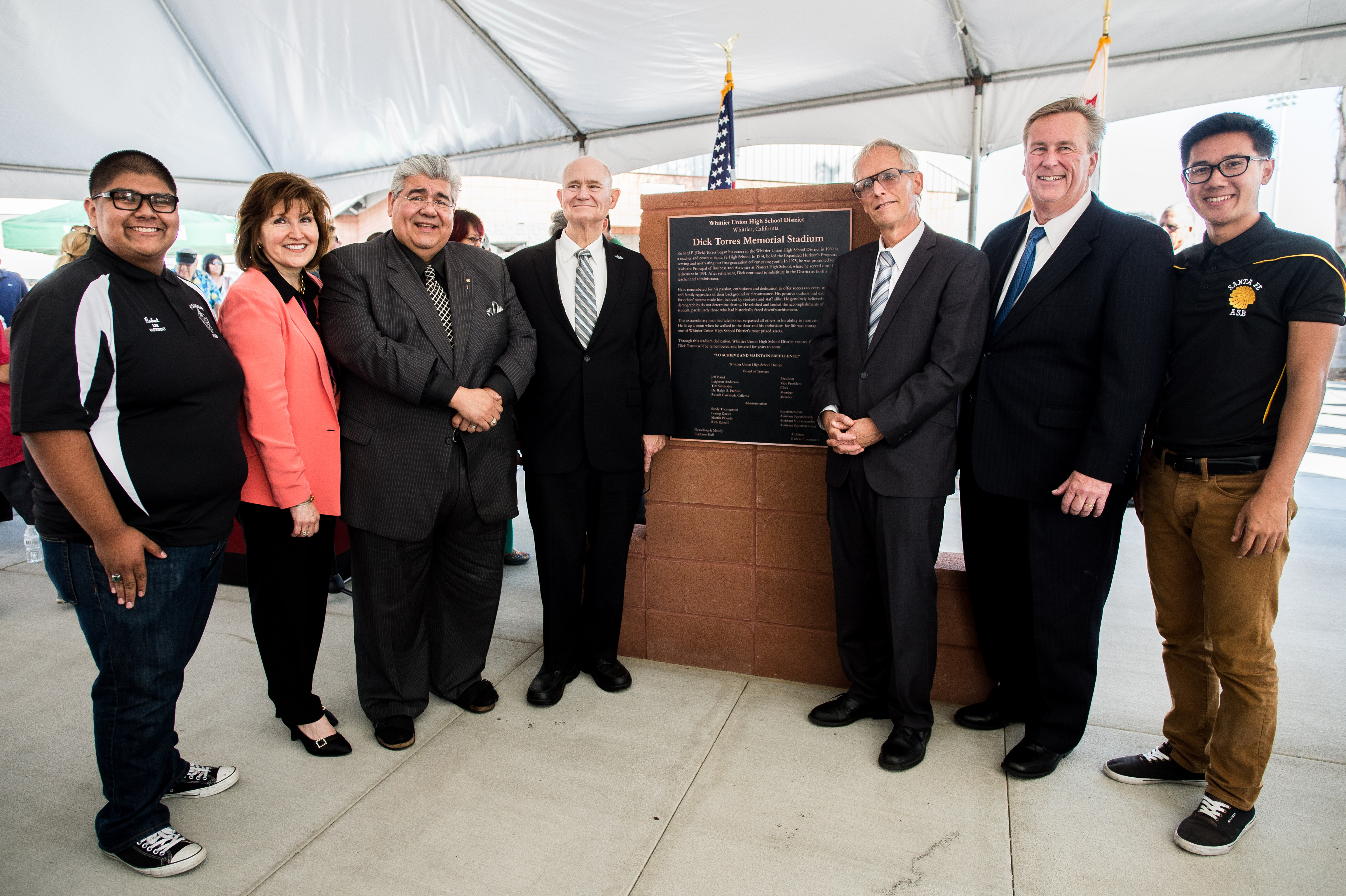