WHITTIER, CA – The Whittier High School community came together on Friday, Aug. 1 to honor former coach and teacher Donald Wade Kelly, who died on July 13, during a special memorial service held at the school where he dedicated nearly 60 years of his life.

Clad in red attire and gathered in the Vic Lopez Auditorium, former students, colleagues, athletes and family members cried and laughed as they shared stories of their time with Kelly, who died at age 86.

“The outpouring of support we have received has been wonderful, and I can’t thank the Whittier High School community enough for honoring him and remembering him as the inspiration he was to us all,” said daughter Karen Kelly-Dillenbeck. “There are so few individuals to walk this Earth with a heart and smile as big as his.”

Fondly known as the “Voice of the Cardinals,” Kelly was a longtime football and track coach and game announcer throughout his decades-long career at Whittier High.

Kelly, a Navy veteran, was honored with a ceremonial folding and presentation of the flag, as well as poetry readings by his family members who remembered Kelly as someone who appreciated life, loved his school and epitomized its alma mater, “and always, always love you, Whittier High.”

“Daddy, your love, patience, understanding, wisdom and amazing sense of humor will stay with us forever,” daughter Sharon Kelly Bowe said. “To love and appreciate the beauty of a sunrise, the flowers in a garden and the simple things in life, that was my father. I know that he is smiling down on us and will always carry the love he had for his family, friends and Whittier High in his heart.”

Kelly was born on Aug. 14, 1927, in Long Beach, Calif., and was the eldest of three sons. He graduated in 1944 from Woodrow Wilson High School, where he was on three championship football and track teams.

He began his decades-long tenure at Whittier High School when he was 25. He taught world cultures, United States history, California history and special education, among many other subjects. Kelly also coached football and track and was involved with the New Horizons academic program.

Kelly retired from Whittier High School in 1990 at the age of 63, but returned to the school for an additional 21 years of service. From the mid-1950s, when his career at Whittier High began, to the age of 84, Kelly was the announcer for all varsity home football games, a basketball timer for the boys and girls teams, and a timer for the wrestling, volleyball and swim teams.

“Don loved to have fun, to laugh. He was a wonderful person to be around,” former colleague George Buehler recalled during the service. “He was a beloved friend and coach. I don’t see Don as gone. I see him up there waving at us until we meet again.”

Kelly was actively involved in both the Long Beach and Whittier communities, including hosting the “Cardinal Round-Up” for former Whittier High School athletes every Labor Day weekend.

He was inducted into the Whittier High School Alumni Association and Educational Foundation Hall of Fame in 2004.

Preceded in death by his wife of 57 years, Hilda, Kelly is survived by his brother John, his nieces, daughters Karen and Sharon, two sons-in-law, grandchildren and a great-grandson. In lieu of flowers, donations can be made to the Whittier High School Alumni Association, Donald W. Kelly Memorial Scholarship Fund.

MEMORIAL1: Whittier High School holds a memorial service for Coach Donald Wade Kelly, who worked nearly 60 years at the school as a coach and teacher, on Aug. 1, 2014. 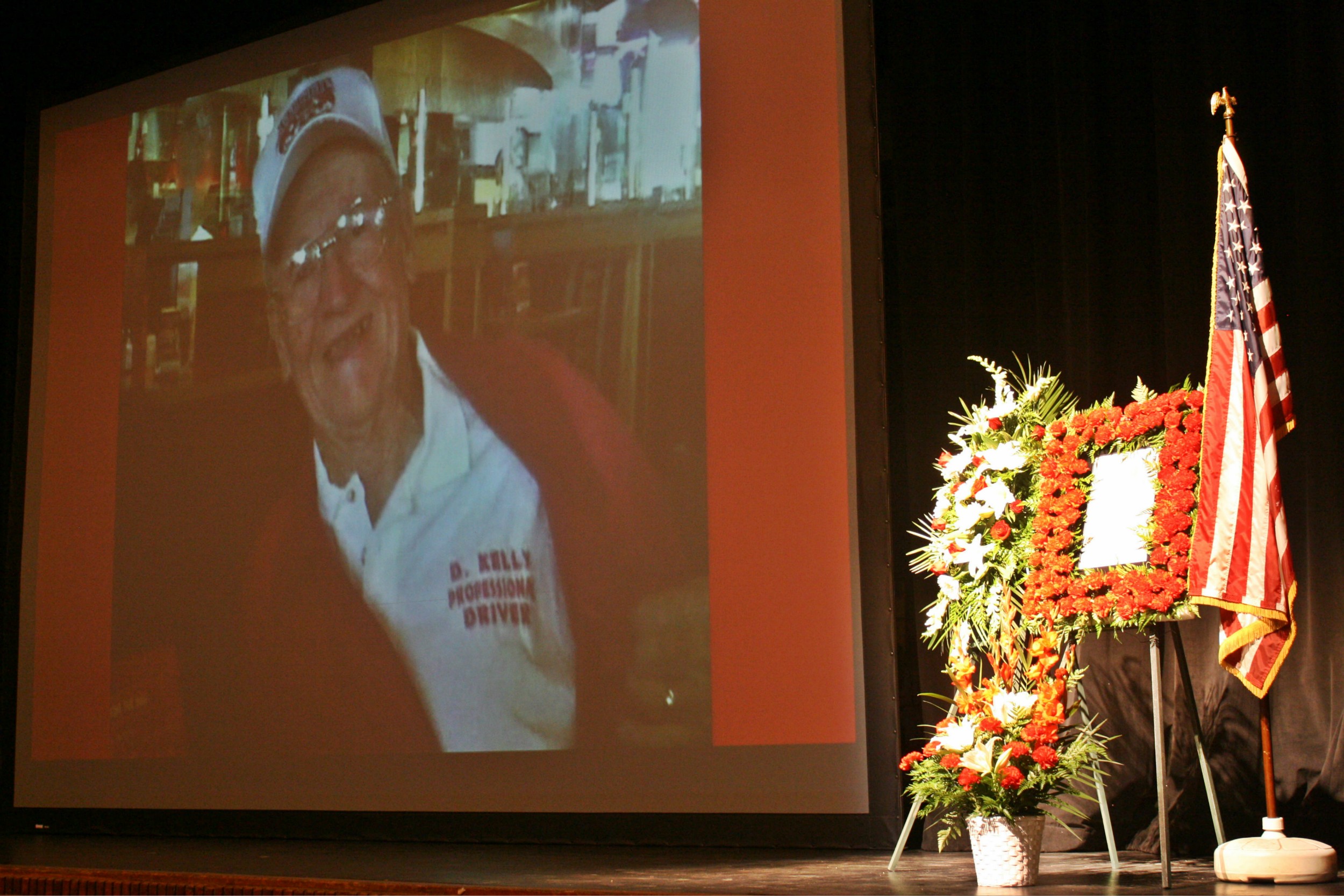 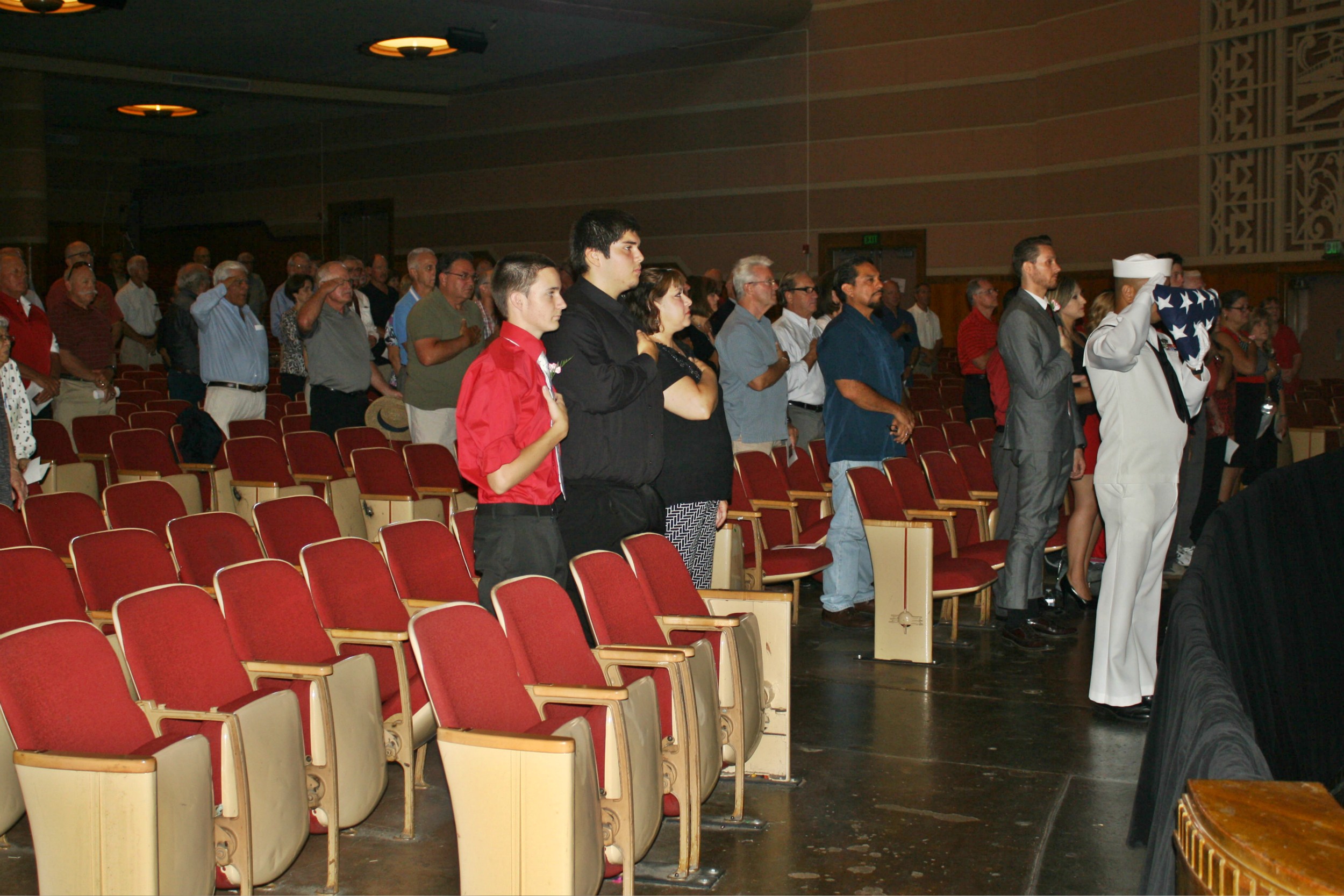