WHAT: Los Angeles Times Sports Reporter Broderick Turner will deliver a guest lecture as part of the Division of Communications and Languages Campus Event Series.

Known for being the first writer to report on Shaquille O’Neal’s exit from the Lakers in 2004 and covering the Donald Sterling controversy, Los Angeles Times sports writer Broderick Turner will host a discussion on Oct. 8 that will explore pathways to journalism, the emergence of new media and other aspects of professional writing during his guest lecture at Rio Hondo College.

Turner’s lecture will be hosted by the Mass Communications Department and El Paisano student news media. The event is also open to the community and will be of particular interest to students studying communications and related disciplines, as well as student athletes.

Turner’s lecture is part of the Division of Communications and Languages Campus Event Series, which also includes a screening of documentary “Wrestling with Angels” with opening remarks from Academy Award-winning director Freida Lee Mock via iPhone on Nov. 6; the Fifth Annual Forensics Showcase featuring Emmy-nominated actress Carolyn Hennesy as moderator on March 5; and the Writes of Spring, two-day literary festival, from April 29-30. 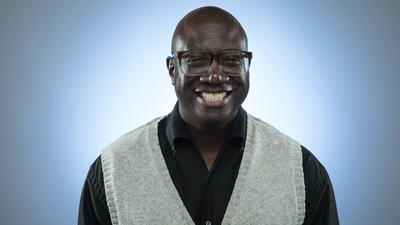