WHITTIER, CA – From discovering the intricacies of crime scene analysis to learning how to save a life, students taking part in Pioneer High School’s Team Science Summer Camp spent three weekends in July becoming scientists in the classroom.

For the second consecutive year, Pioneer High hosted the Team Science camp, a three-weekend adventure in which more than 350 K-12 students from throughout Southern California participated in fun, hands-on science, technology, math and engineering (STEM) activities. The program culminated on July 26.

“It has been such a privilege to host Team Science again this summer, and I especially want to thank the scientists, engineers, educators and all of the volunteers who helped our local students explore their love of math and science in an experimental setting,” said Whittier Union High School District Superintendent Sandra Thorstenson. “It’s a unique experience that I hope students will continue to take advantage of next year.”

New workshops this summer included “Kids to the Rescue,” where students learned life-saving skills, including CPR, making splints and using bandages, and “Racing into Science,” where participants built a small race car for competition.

“I think this program is fun, interesting and very hands-on,” said Pioneer High student April Orozco, a first-year participant in the “Space Trek” workshop, which included learning about space and practicing on a space shuttle simulator that is based in the school library. “It’s a fun way to get exposed to things you don’t get to do year-round, so it’s fun to take advantage of.”

Classes were led by active and retired industry professionals and teachers, as well as college students who volunteer their time and share their expertise with the students, fostering a quality enrichment program that provides them with opportunities to pursue careers in STEM-related fields.

“This STEM partnership with the Whittier Union School District has been a dream come true as far as Team Science goes because it is a true partnership, where science and math outreach is embraced and encouraged,” said Marie Mungaray, president and executive director of Team Science, which has been in operation for the past 23 years.

“As our program grows, it is our hope to reach more kids in the community and foster their interests in these innovative subjects,” she said.

TEAMSCIENCE1: First-grade students participate in a workshop called “Science for the First Time,” where they learned the basics of science education during the Team Science Summer Camp on July 25, 2014.

TEAMSCIENCE2: Sixth- through eighth-grade students learn the basics of electronic components, soldering circuits and building radios during an electronics workshop on July 25, 2014.

TEAMSCIENCE3: High school students learn how to build a water heater during a workshop at Team Science at Pioneer High School on July 25, 2014. 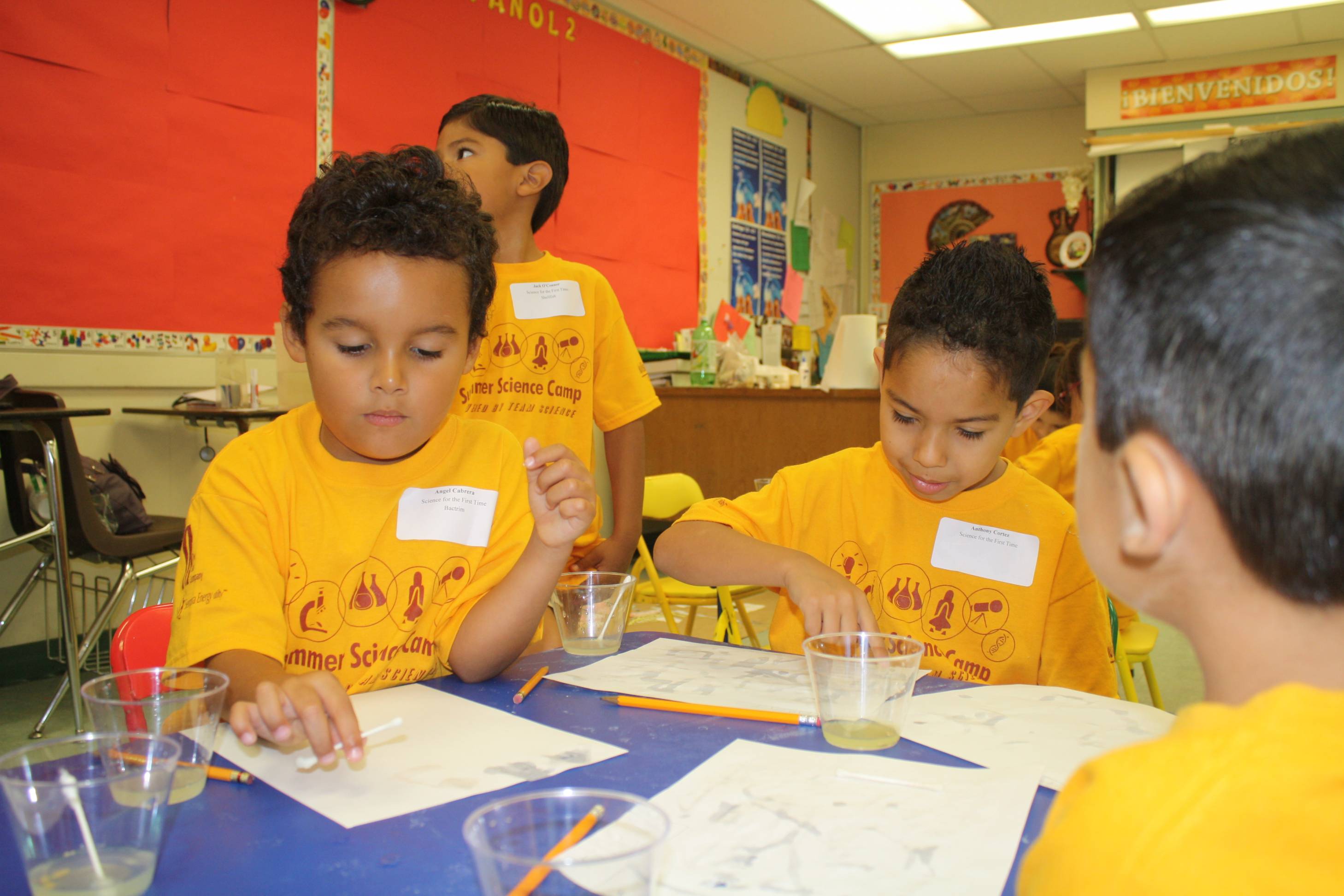 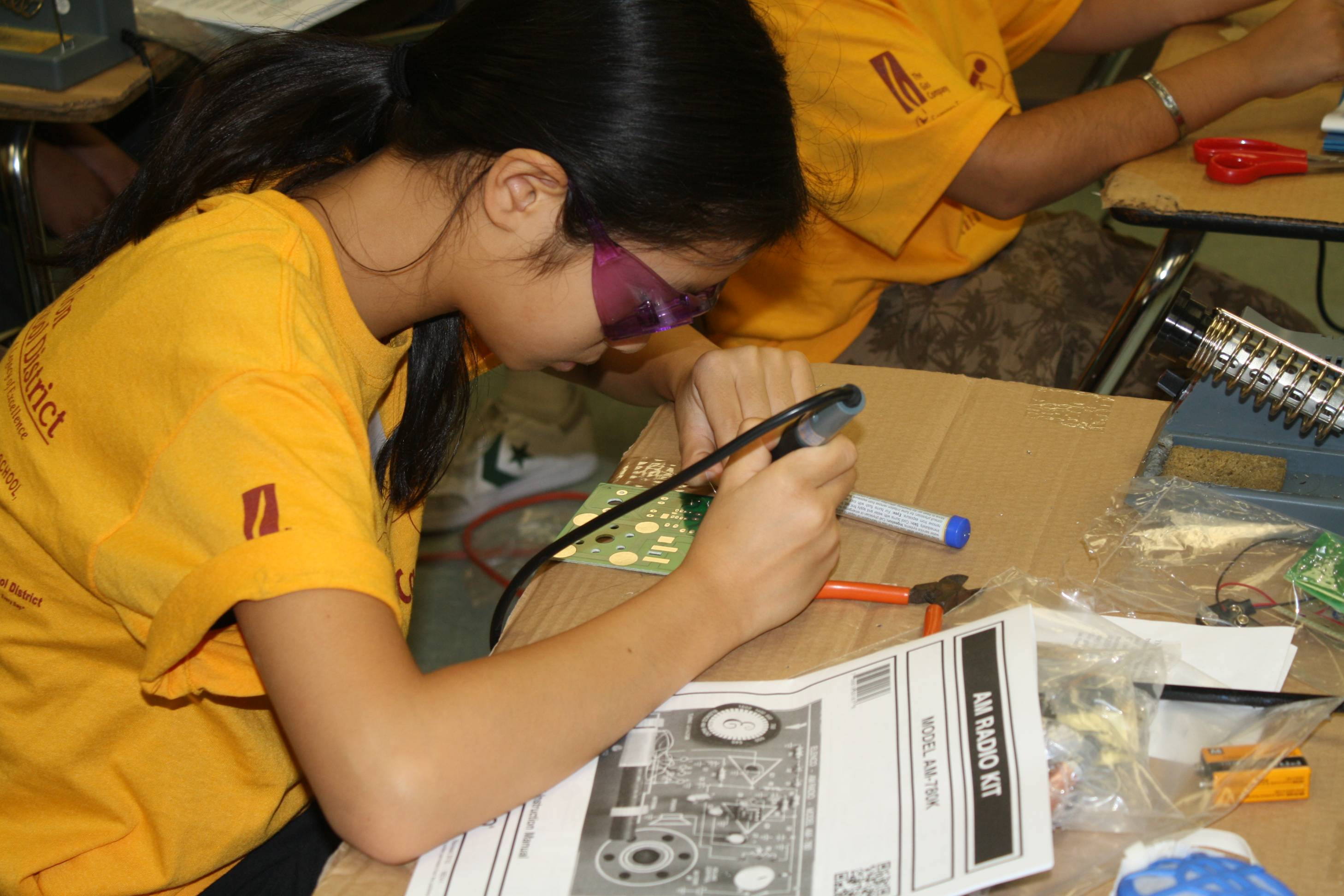 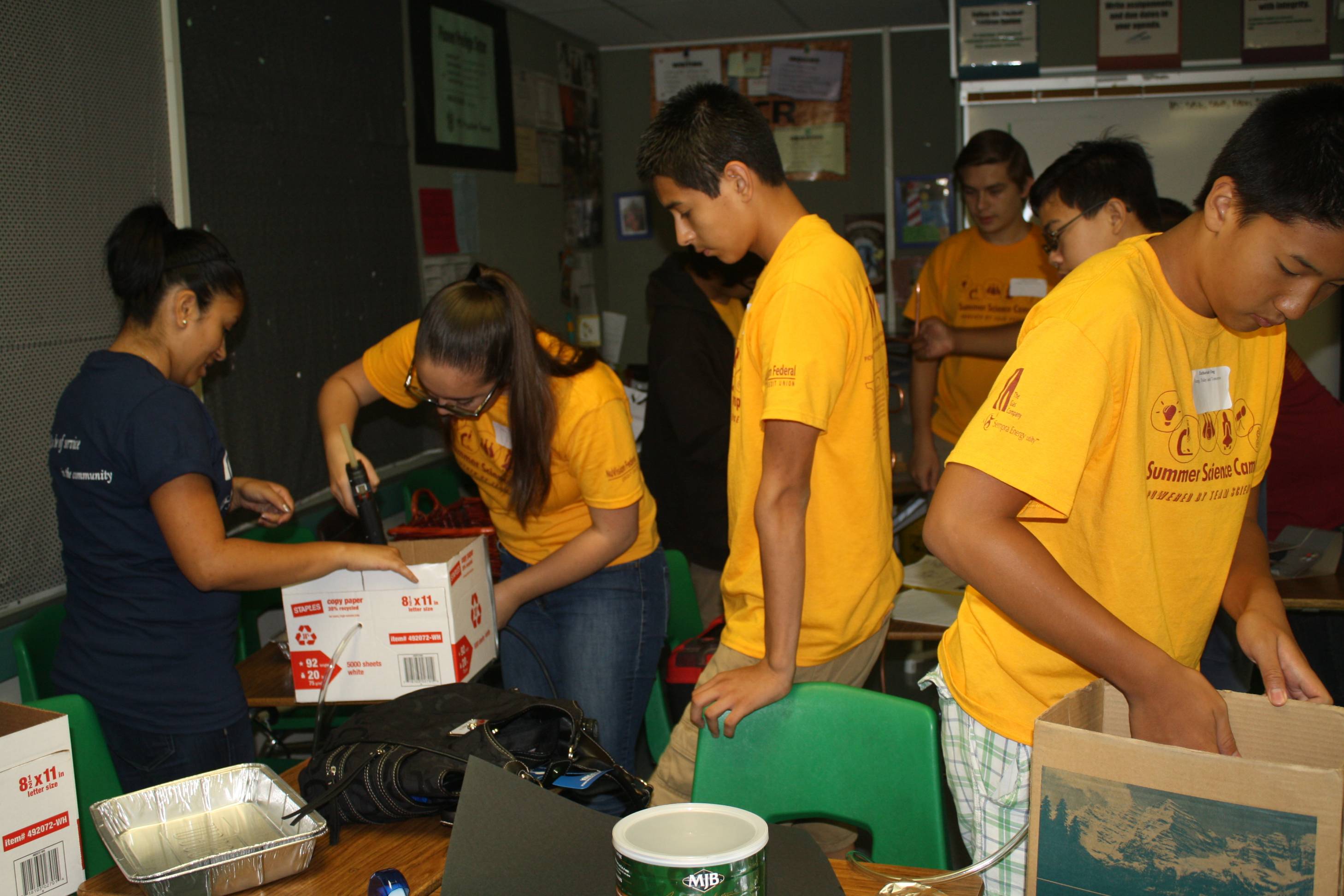