MONTEBELLO – Roberto Miranda may only be a junior at Schurr High School, but the young poet has the heart of an old soul. Channeling a perspective beyond his years, Miranda’s poem “Gatherings” has earned national recognition, winning a Silver Medal in the prestigious 2015 Scholastic Art & Writing Awards – which out of 300,000 total submissions, only the top one percent is honored for exceptional achievement.

“Every student at Montebello is encouraged to think critically and creatively – both within the classroom and about their future,” Montebello Unified Board President Edgar Cisneros said. “We are so proud of Robert for this impressive accomplishment and for being a stellar example of how greatly we value the arts and its capacity to pave the way for bright futures for our students.”

The selection by the Alliance for Young Artists and Writers in New York puts the 16-year-old Miranda in an esteemed group of past award winners such as documentary filmmaker Ken Burns, “Girls” creator Lena Dunham and author Sylvia Plath.

The sky is the limit for Miranda, an avid reader who started writing as an eighth-grade English student at Macy Intermediate School. Captivated by the likes of Charles Dickens, Miranda began putting his own thoughts on paper. Expanding his creative horizons, Miranda draws upon an eclectic range of scholarly influences from British playwright Oscar Wilde to American surgeon and essayist Dr. Richard Selzer.

“What I like about Selzer is the lyrical quality of the language,” Miranda said. “It’s poetry in prose and beautiful writing.”

Miranda’s output increased dramatically when he arrived at Schurr and found himself under the tutelage of English instructor Betty Harbison. Harbison, who has been teaching at Schurr for 27 years, is the founder and sponsor for the campus writer’s group, Spartans of the Plume, which has an official partnership with California State University at Los Angeles’ Center for Poetics and Modern Poetry, under the direction of Dr. Lauri Ramey. She serves as both editor and advocate for her students, strongly urging them to submit material for competitions and publication.

“I’m the one dashing off to the post office moments before the deadline,” Harbison said. “It is well worth it. We have so many talented writers.”

This dedication has had a profound impact on Miranda’s work. In 2014, his entry for the National PTA Reflections Arts Program advanced to the state level. Miranda has also garnered plaudits in the annual Creative Communications Poetry Contest. Previously, “Gatherings” won a Gold Key for poetry in the Scholastic Art & Writing Awards regional level, while his short story “A Requiem” – a harrowing piece about a man with terminal cancer more concerned with his ailing mother – took a Silver Key.

“I’m only starting to realize the implications of winning this award,” Miranda said. “I feel humbled because I didn’t expect my poem to go this far.”

Miranda is the opinion editor for his school newspaper Spartan Scroll and his latest piece advocates the return of teaching cursive writing.

“To be selected from such a talented pool of writers across the country is quite the achievement,” MUSD Superintendent of Schools Cleve Pell said. “We salute both Robert Miranda and Ms. Harbison for their extraordinary efforts and continue to encourage our students to express their creativity while at MUSD.”

Here is an excerpt from “Gatherings”:

“Conversation was a chapter out of Joyce/Stream-of-consciousness, a clatter, a voice
Proclaiming the delights of Earl Grey tea/Then, Virginia Woolf’s ideas on history”

Photo Caption:
Roberto Miranda, a Schurr High School junior, channels a perspective beyond his years; Miranda’s poem “Gatherings” has earned national recognition, winning a Silver Medal in the prestigious 2015 Scholastic Art & Writing Awards – which out of 300,000 total submissions, only the top one percent is honored for exceptional achievement. 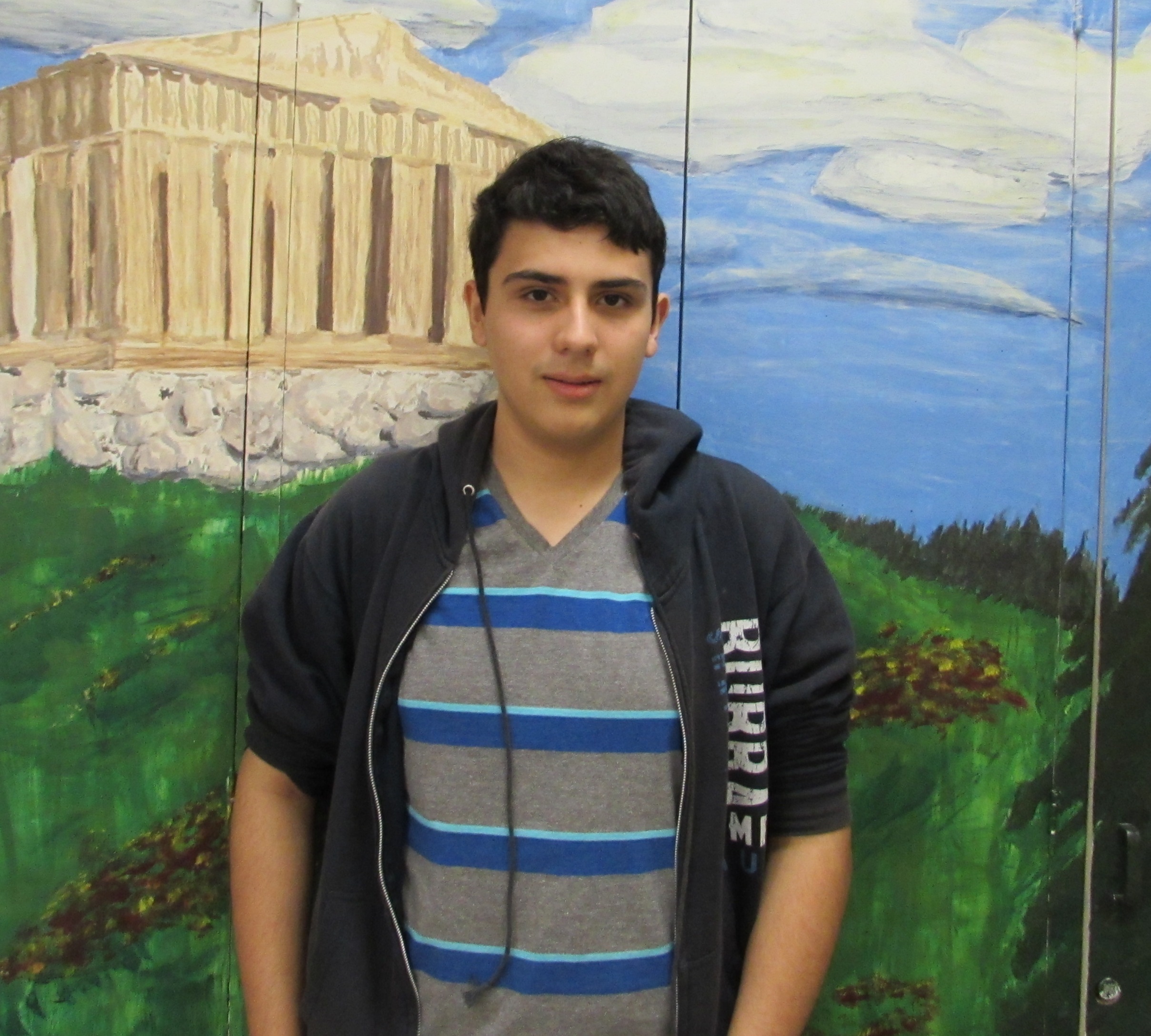