SAN YSIDRO – A dozen San Ysidro students got the unique opportunity on June 9, to hone their baseball skills with the help of former world-class professional baseball players as part of the District’s efforts to expand its athletics programs and overall impact on student success.

Through a partnership with After School All Stars, a nonprofit helping the District grow its after school programs, first- through eighth-grade girls and boys attended the Tony Clark Baseball Camp held at UC San Diego, at no cost, to learn about fundamentals of the game and pose for photos with professional baseball players such as Tony Clark. Clark, who enjoyed a 15-year professional career as a first baseman, including his time with the San Diego Padres in 2008, is now the executive director for the Major League Baseball Players Association.

“We are grateful that Tony Clark and the Major League Baseball Players Association reached out to the District to include our students with the opportunity to learn from world-class players,” said SYSD Superintendent Dr. Julio Fonseca. “These kinds of opportunities show our students what they can accomplish if they pour their heart into something.”

San Ysidro School is working to grow its after-school athletics programs. Partnerships with local and national nonprofits, like the Major League Baseball Association, has made this expansion possible.

“The District hopes that the students who attended Tony Clark’s ProCamp walked away excited to play sports throughout the regular school year,” said Alexis Rodriguez, coordinator of San Ysidro’s After School Education and Safety Program. “We put tremendous value on our students enjoying happy and healthy lives.”

Board of Education President Marcos Diaz said he appreciated that Tony Clark and the players’ association could make a day special for San Ysidro students.

“The opportunity to visit a major university and meet professional athletes doesn’t come along every day and I’m sure the students were beaming with pride to be able to experience this camp,” Diaz said. “Ultimately, we want our students to feel empowered to achieve their goals, no matter what they are. It’s our responsibility to provide them the tools to help them get there.” 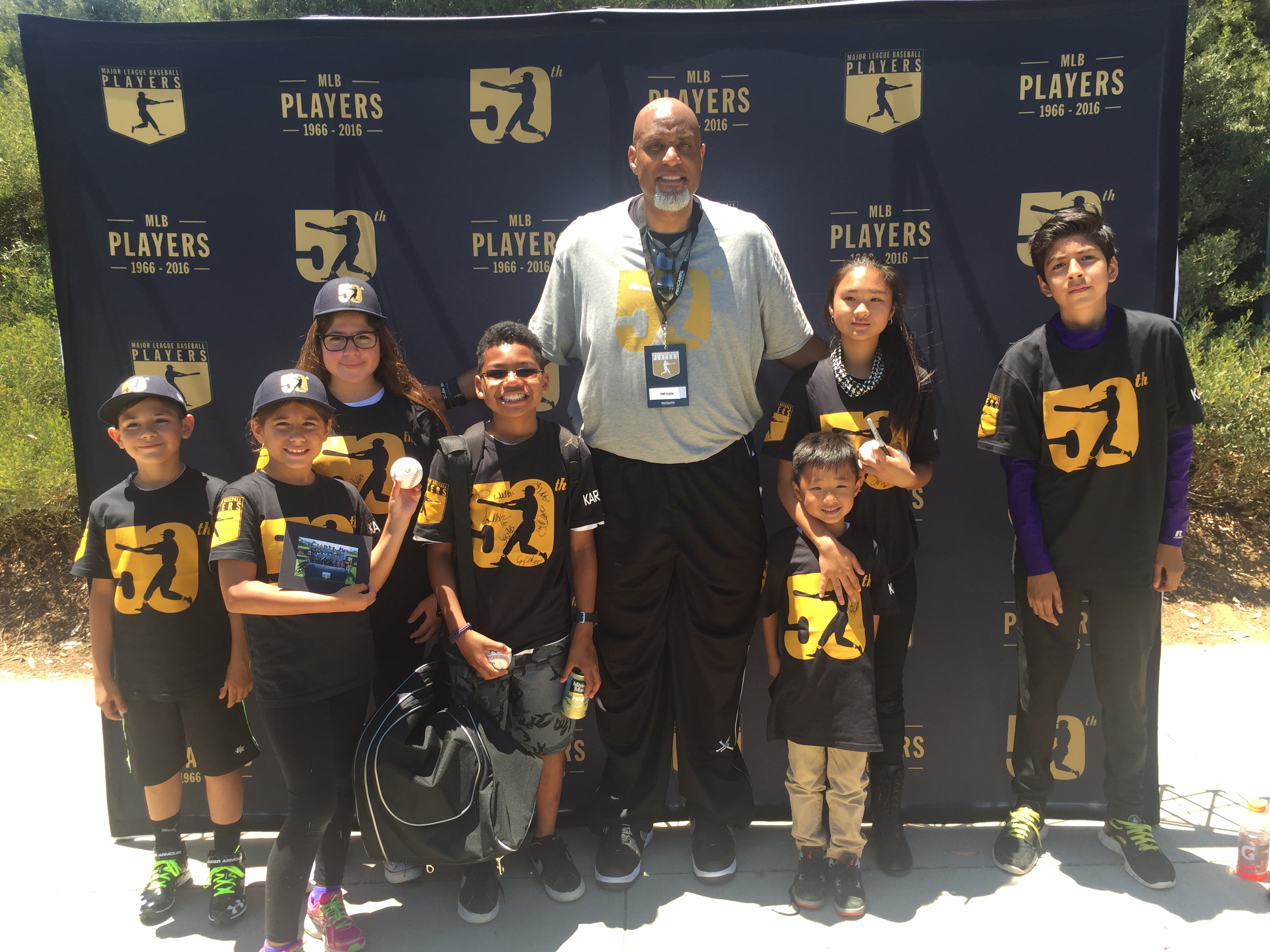