“We believe that providing arts and music education to our students is important for ensuring a well-rounded education that leads to academic excellence,” SGUSD Superintendent Dr. John Pappalardo said. “We’re very proud to showcase our student’s musical and artistic abilities.”

The comedic act was a highlight of the Coolidge Variety Show, which featured 115 students in 16 vocal and instrumental music acts, dances and skits on May 26.

“We believe it’s crucial to encourage creative expression in addition to academic excellence,” Coolidge Elementary Principal William Wong said. “The variety show allows students to display talents we may not see inside the classroom.”

MIE Coordinator Samantha Theisen said performing in front of an audience is one of the most important aspects of the MIE program since it provides positive reinforcement to students after many months of practice.

“These MIE program concerts are always a joyous experience because they allow you to see the growth that our students have achieved,” Theisen said. “I’m so grateful for this program and for the investment the District has made because the students are going to benefit exponentially because of it.”

Students transformed into revolutionary figures like Paul Revere, John Adams and Thomas Jefferson and sang their way through the founding of the United States, complete with kicklines and humorous asides that garnered laughter and applause from the audience.

“The musical was a really great way to learn about American History,” Washington fifth-grader Nathaniel Haas said. “It’s great to give a new twist to historical events and we just had so much fun doing it.”

The musical and its costumes were funded through a grant from the Assistance League of Arcadia.

060117_SANGAB_ARTS3: Washington Elementary fifth-graders Garrison Chan and Jack Lindstrom, dressed as James Otis and John Adams, sang of “taxation without representation” during musical retelling of the American Revolution on May 23. 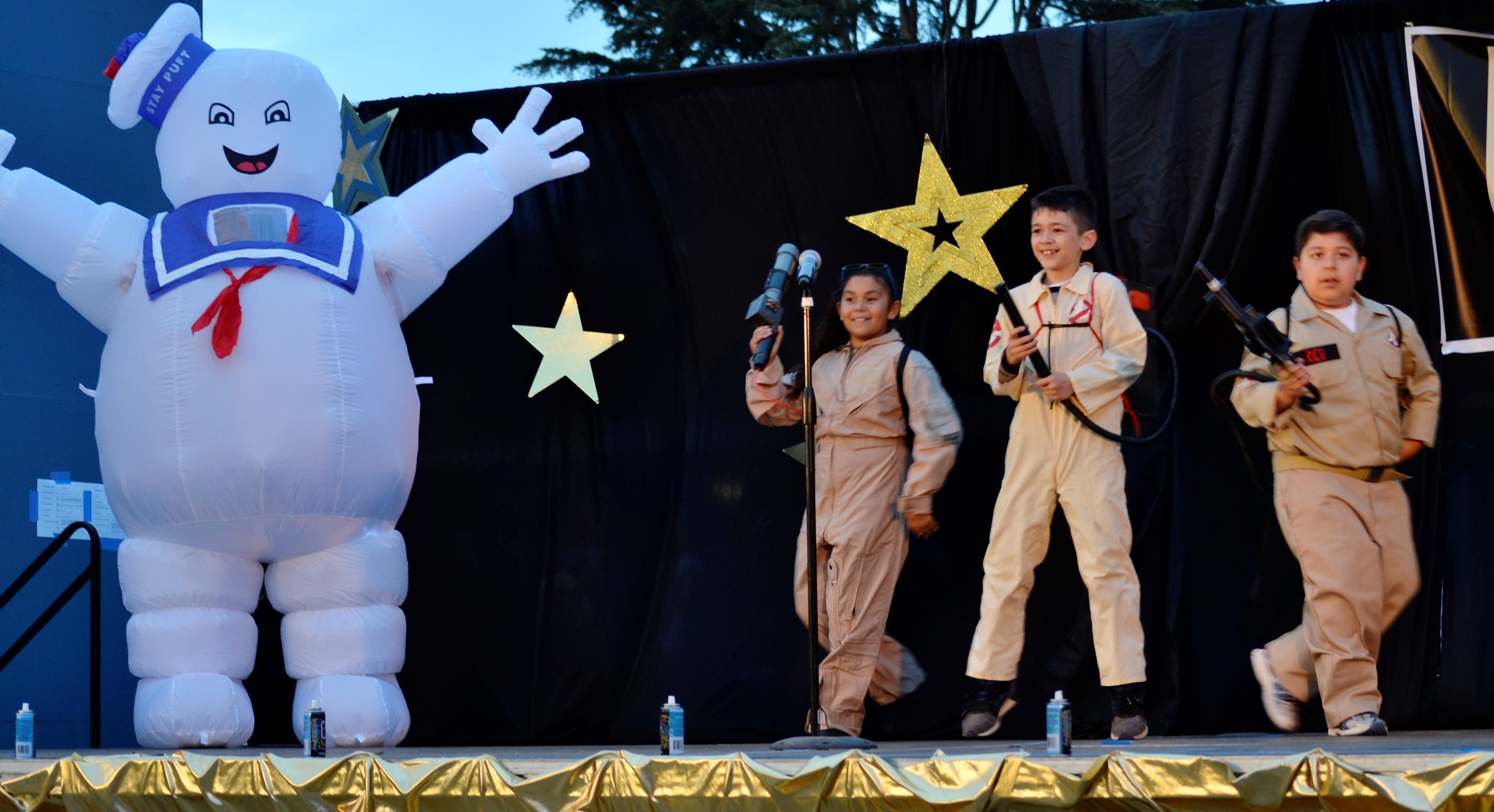 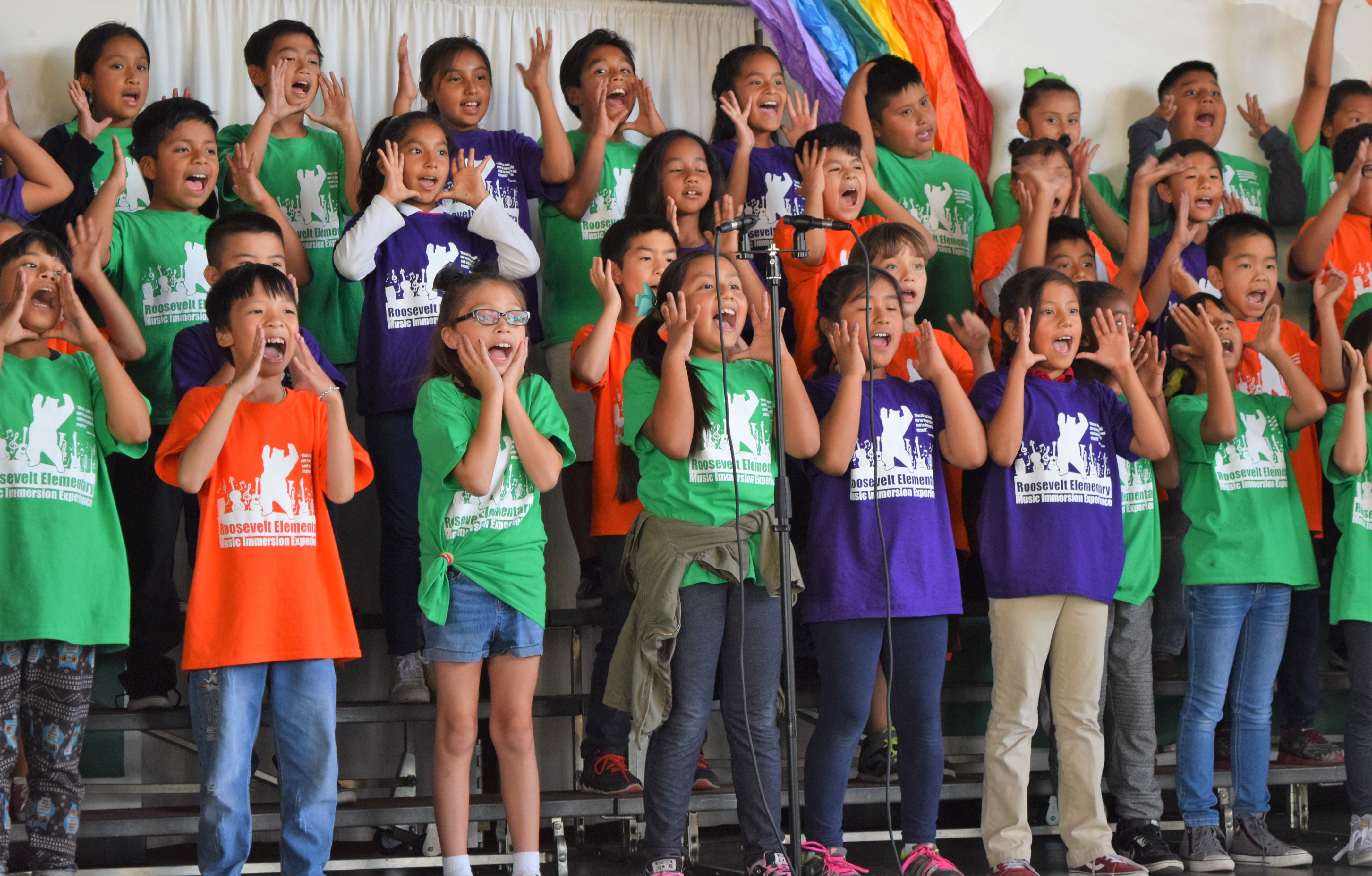 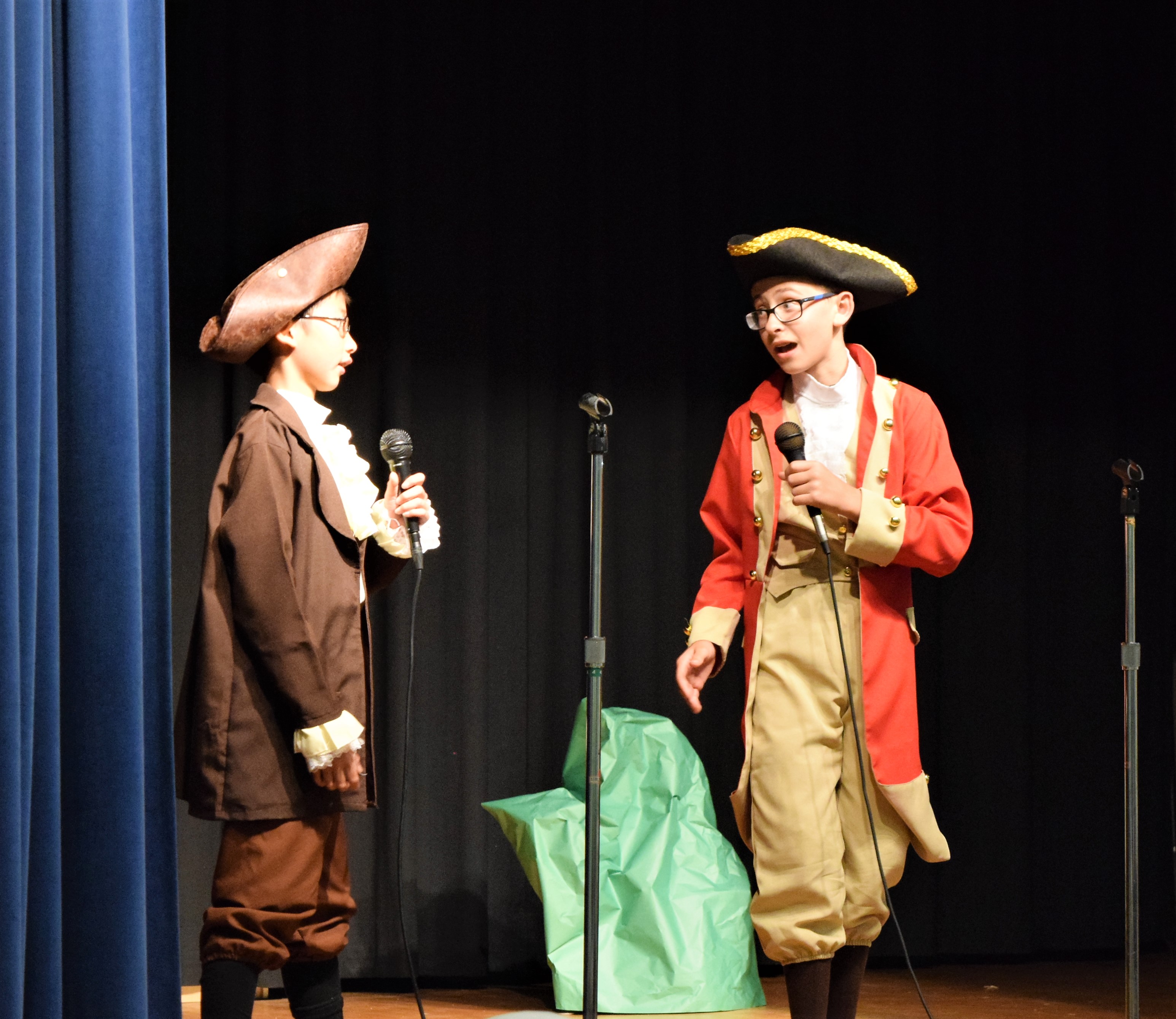