The approval from the California Community Colleges Chancellor’s Office came in just 22 days – an incredibly quick turnaround that acknowledges the strength of the program, said Professor John Frala, who designed the Associate of Science degree.

“Companies are calling me about employees already,” Frala said. “These cars are in heavy demand in California and there is a shortage of qualified technicians right now. Not many technicians out in the field are safely trained to work on high-voltage vehicles.”

Rio Hondo College is recognized for its trail-blazing efforts in automotive technology.

In spring 2015, Rio Hondo was chosen to offer a Bachelor of Science degree in automotive technology as part of a historic venture at the state community colleges. The degree becomes available in fall 2016.

Frala, who worked on the BS program, began developing the concept for the new AS degree four years ago as part of his focus on alternative-fuel technology. A pioneer in the field, Frala sits on the Green Team, a state advisory group dedicated to creating a series of hydrogen refueling stations known as the California Hydrogen Highway.

California’s 21st hydrogen station opened on April 27 with about 80 stations expected to be open by December.
Frala also led an effort that secured a $200,000 National Science Foundation grant in May 2015 to develop alternative fuels training. The funds accelerated creation of the AS degree.

To earn the degree, students will need to study electrical systems, chemistry, physics and applied mathematics – a combination of skills demanded by the complex alternative-fuels vehicles.

“Rio Hondo College continues to forge new career paths for our students, staying at the forefront of technology and opportunity,” said Superintendent/President Teresa Dreyfuss. “This new degree is a tremendous addition to our rich Automotive Technology Program.”

Frala said students in the AS program will qualify to continue in the Bachelor of Science program as well as for automotive technology programs at California State University, Los Angeles. They can also earn Certificates of Achievement in the alternative-fuel technology field.

“This new degree adds another avenue to success for Rio Hondo students,” Board of Trustees President Mary Ann Pacheco said. “Our growing Automotive Technology Program provides a perfect complement to our array of excellent professional training programs in public safety and nursing and general education fields that prepare students for transfer to four-year institutions.” 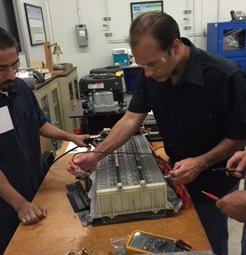 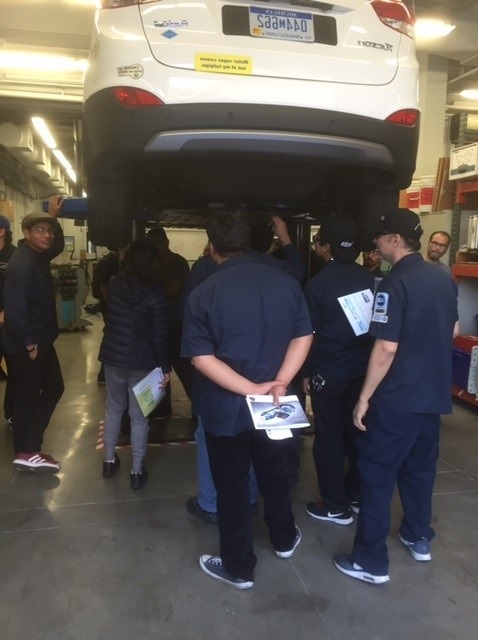