Nursing, public safety, arts, and journalism students to team up in accident scenario

Whittier– Rio Hondo College students within the nursing, public safety, arts and communications and languages divisions will use the skills they have learned in class and apply them to a staged accident on campus Friday, May 9 in the Administration of Justice building annex.

The Collaborative Crisis Scenario scheduled to run twice at 8 a.m. and then again at 1 p.m., will test students’ knowledge in reacting to emergency situations. Performing and visual arts students will act as the accident victims while the other students will respond to the crisis simulation according to their field of study.

The most important part of the simulation is the reflective debriefing where students will practice problem solving, critical thinking and clinical reasoning.  During the debrief, students will analyze the collaborative team approach that took place and reflect on their communication and delegation, as well as critique their own actions for improvement.

More than 100 students will be involved, including those studying to be nurses, emergency medical technicians, police officers, firefighters and journalists. Only the performing and visual arts students will know the scenario beforehand.

“The Collaborative Crisis Scenario allows all of these entities to work with real people in real situations,” said Pam Boyd, assistant director for the Division of Health Science and Nursing at Rio Hondo College. “It gives them hands-on experience and forces them to work as a team, as it would be in the real world.”

This is the second year the Division of Health Science and Nursing and the Division of Public Safety is teaming up for the Collaborative Crisis Scenario, which includes nursing, fire and emergency medical technician students. However, “this year’s event is on a larger scale and involves more students,” Boyd said.

The event will include an officer with the Whittier Police Department, who will be on hand to “arrest” the person who caused the “accident.” The college is also utilizing an ambulance to transport “victims” to the “Roadrunner Hospital” emergency room, which will be located on the third floor of the L tower on campus.

“The Collaborative Crisis Scenario is exactly the type of innovative program that propels our students toward success,” said Rio Hondo College Superintendent/President Teresa Dreyfuss. “I applaud all the divisions and departments involved in this simulated real-life crisis scenario and their commitment to our students.” 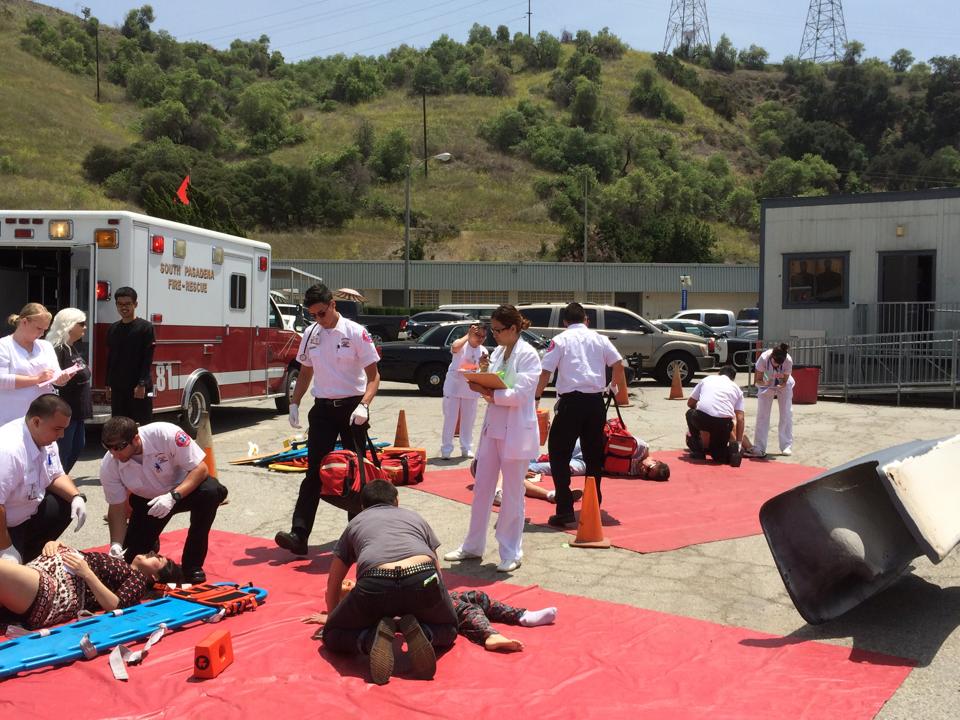