WHITTIER – Rio Hondo College celebrated the completion of its long-awaited Veterans Memorial at a special ribbon-cutting and flag-raising ceremony today attended by College leaders, members of the Board of Trustees and veterans groups from the college and surrounding community.

During the ceremony, members of the El Monte Veterans of Foreign Wars Post 10218 posted the colors and veterans from the College’s staff and student body raised flags to the backdrop of the National Anthem – one for the U.S., one for California and one for Rio Hondo College.

“This memorial has been a long time coming to all the veterans who served,” Rio Hondo Trustee Gary Mendez told the assembled crowd. “I want to say welcome home, welcome to Rio Hondo College.”
Mendez, a veteran, first suggested creating a memorial a decade ago and has authored actions by the Board of Trustees to allow the project. The memorial was designed over the last two years by a campus committee that included students, staff and administrators.

The memorial, which sits at the center of the campus, includes several elements: A concrete monument that stretches 8 feet long and rises 3 feet high topped with a brass plaque and bearing discs for each of the five branches of the U.S. military; a bench where students and guests may reflect on the contributions of the nation’s veterans; and the three flagpoles bearing the banners of the U.S., California and Rio Hondo College.

Those who attended the event also received specially minted Challenge Coins, part of a long-standing military tradition, custom made for military units and depicting symbols and mottos unique to each unit. Issuing a Challenge Coin has become popular at civilian functions, especially events that commemorate public safety programs.

“I’m delighted that we have this moment to celebrate the veterans today,” Superintendent/President Teresa Dreyfuss said during her remarks. “This memorial stands as a tribute to the contributions of America’s armed forces and helps to celebrate the warm relationship between the College and the veterans in its student body.”

RIO HONDO VETS MEMORIAL_2: Rio Hondo College leaders stand with veterans from the region and the College community as they mark the unveiling of the Rio Hondo Veterans Memorial on Wednesday, May 20.

RIO HONDO VETS MEMPORIAL 3: Rio Hondo College’s Veterans Memorial thanks members of the five branches of the armed forces for their contributions and celebrates their relationship with the College. 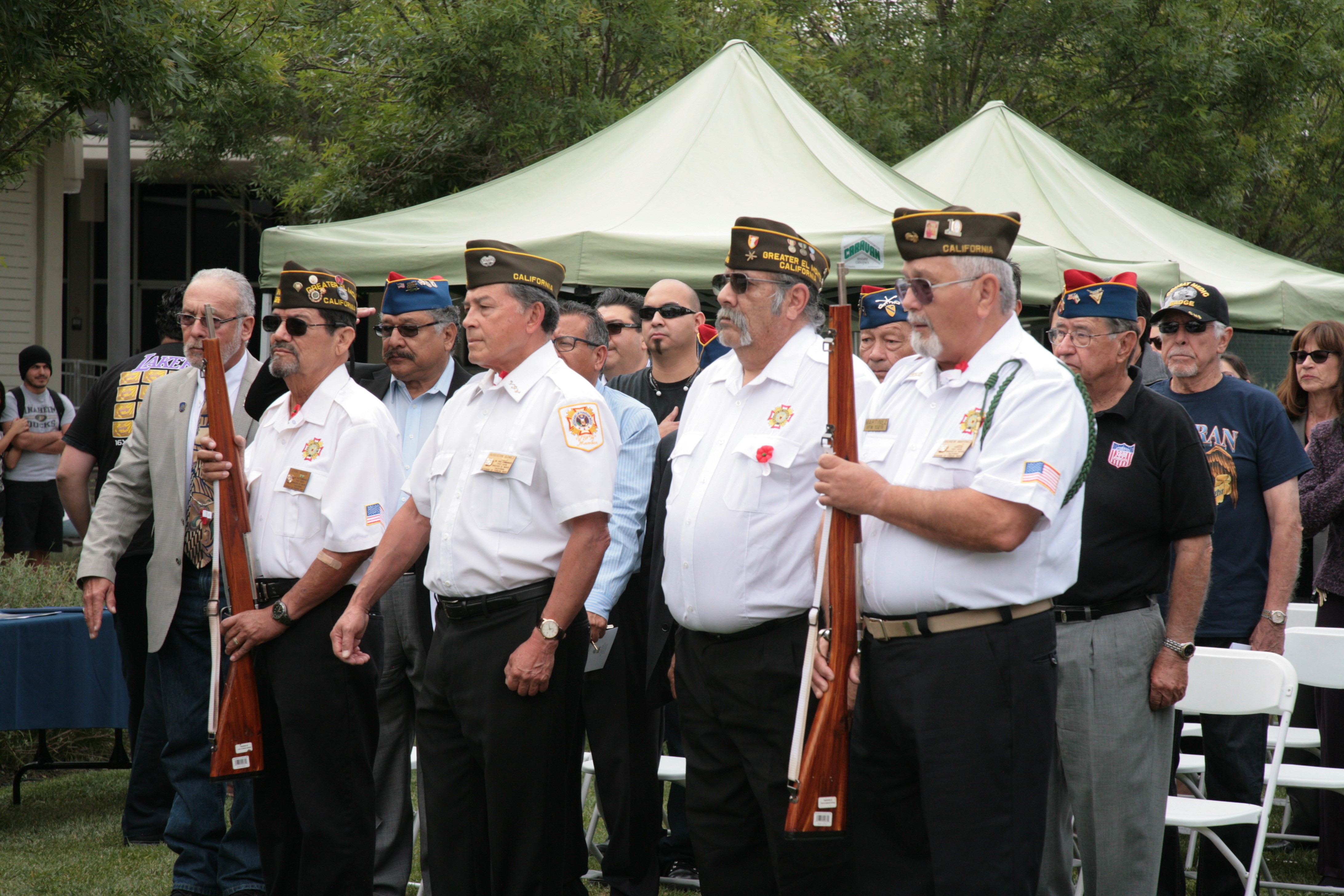 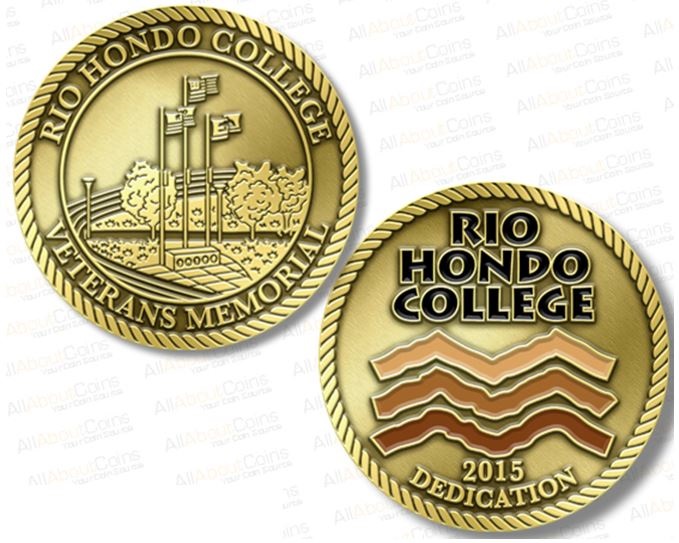 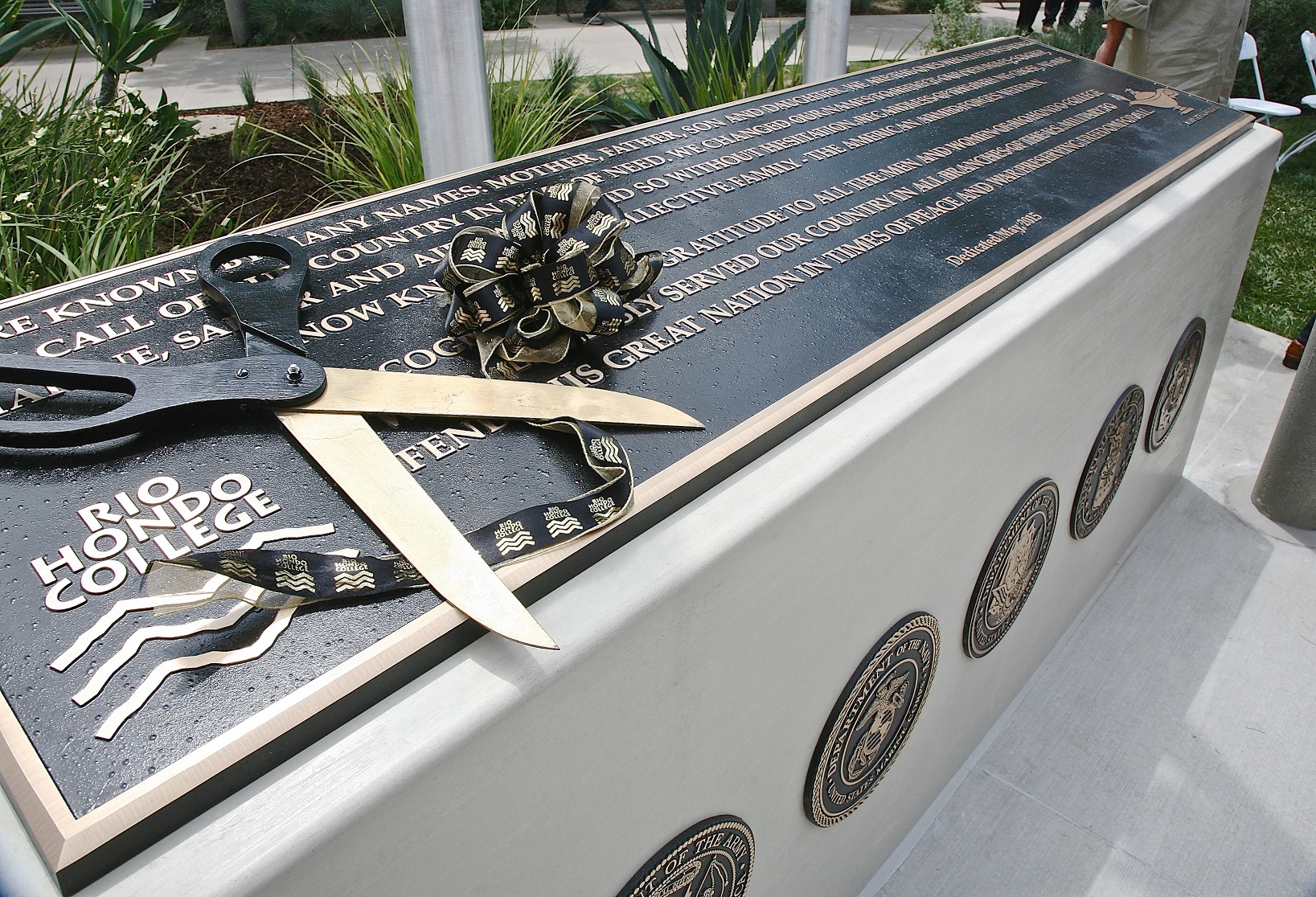 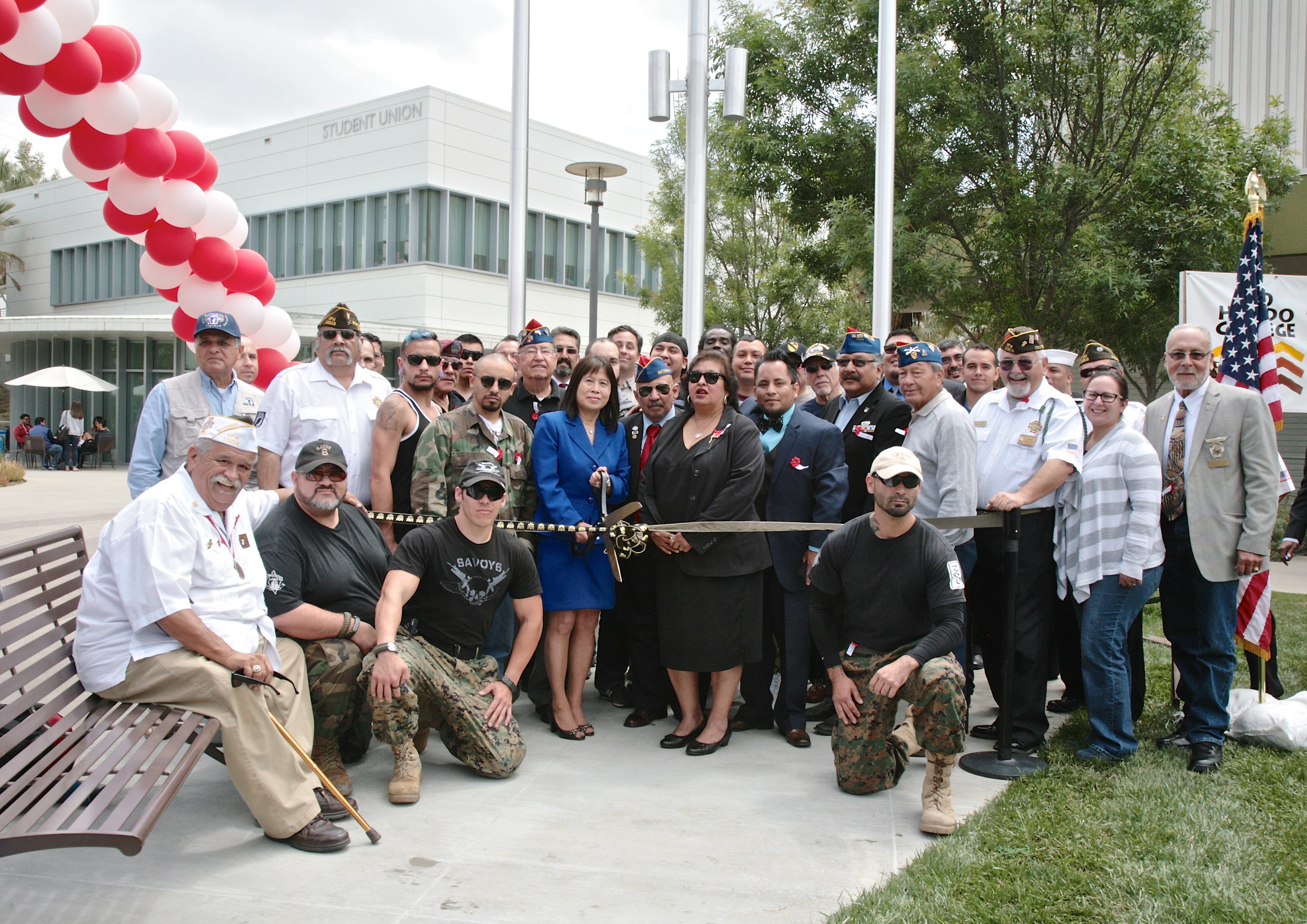