SAN GABRIEL – Rio Hondo College leaders and public safety officials from across Los Angeles on Thursday praised the 19 graduates of Rio Hondo College’s Police Academy Class 200 for their determination and commitment in completing one of the state’s most rigorous training programs.

The cadets completed more than 1,000 hours of training over 26 weeks in 43 areas, including firearm use and physical fitness in a program that carries the motto “Only the Strong Survive” and which is similar in some respects to a military boot camp.

Students were trained in constitutional law, criminal law, aggressive control techniques and use of non-lethal force as well as how to handle domestic violence, mental health and human trafficking situations. Forty-six students began the program; 19 completed it.

“Each and every member of Class 200 has endured six months of intensive training,” said Rio Hondo Police Academy Director Walter Allen III. “A typical journey: they started out with 46; there’s only 19. Occasionally slipping and falling, none of them gave in and none of them gave up.”

Rio Hondo College Superintendent/President Teresa Dreyfuss said the cadets join the ranks of hundreds of police officers successfully prepared by the academy since 1964.

“I’m proud, very proud of each and every one of you,” Dreyfuss said. “Congratulations to Rio Hondo Police Academy Class 200.”

Medrano praised the College for its partnership with the Los Angeles County Police Chiefs’ Association in ensuring the rigor of the academy’s training program. He said police departments today require more from officers than ever before.

“Do right. Do your best. And treat people with dignity and respect.

“We learned what the meaning of ‘Only the Strong Survive” is. But more importantly, though, we learned how to become a family. We started this journey as strangers and we leave today as family,” he said.

Dreyfuss handed the cadets their certificates, including Reyes-Quintanar. The class president’s eyes filled with tears during the emotion-filled exchange.

“It was a very touching moment,” Dreyfuss said. “It brought home just what a significant accomplishment it is to graduate from this program.” 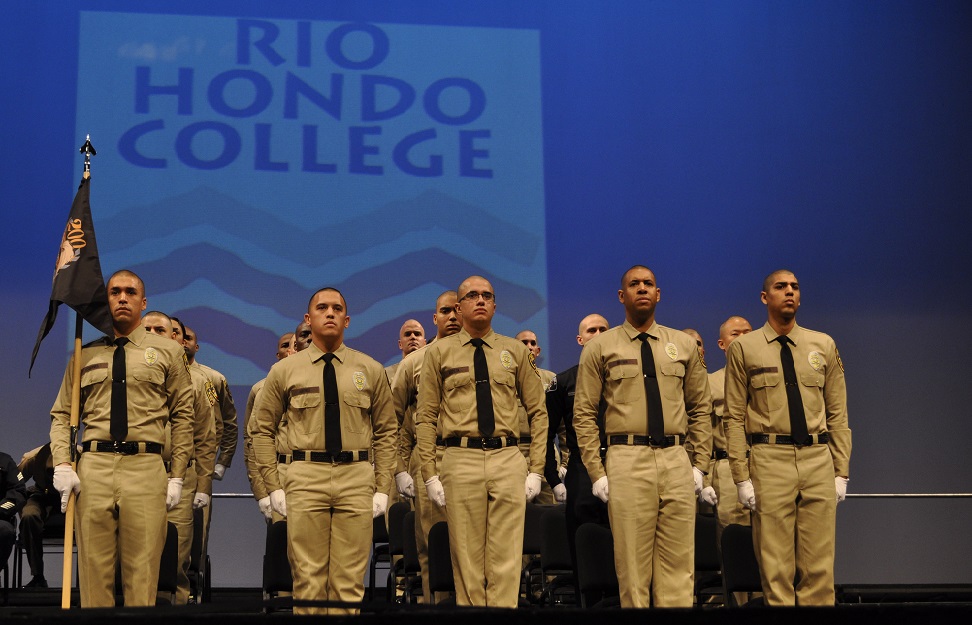 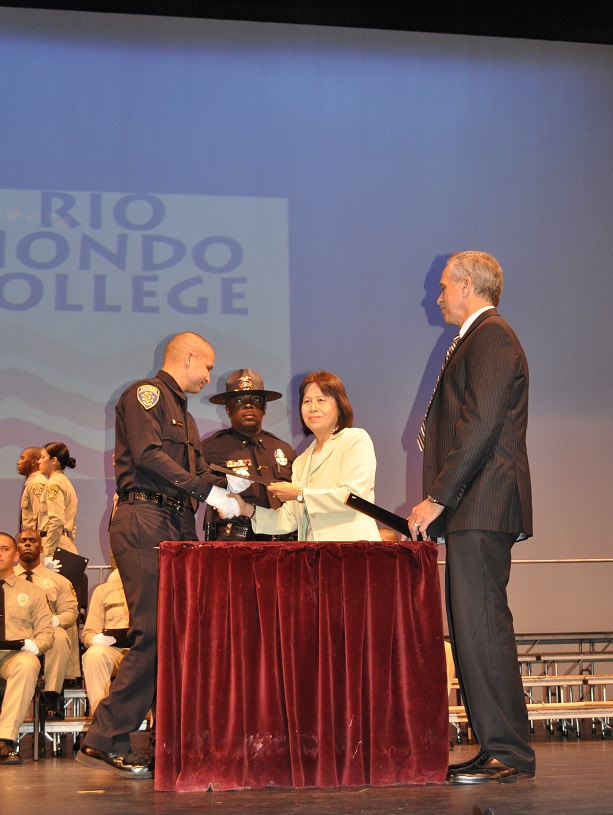