WHITTIER, Calif. – Rio Hondo College’s Mark Matsui has received the R.J. Scuderi Exemplary Service Award from the California Association for Postsecondary Education and Disability (CAPED), recognizing his exemplary service to the organization and to the individuals the organization serves.

Matsui, a member of CAPED for more than 30 years, serves as Rio Hondo’s Director of Disabled Students Programs & Services, a post he has held since 2012.

“Mark has spent his life dedicated to others so it’s no surprise that he was the recipient of this prestigious award,” said Superintendent/President Teresa Dreyfuss. “He has helped strengthen programs for disabled students at Rio Hondo College and across the state.”

CAPED, formed as a nonprofit postsecondary professional organization in 1974, promotes professional development and the advancement of postsecondary educational opportunities for students with disabilities. The group has more than 500 members.

“I am deeply honored and humbled by this award,” Matsui said. “CAPED is an amazing organization with a spirit and dynamic that is unlike anything else.  I am honored and amazed; no other words can describe the feeling.”

Matsui has served CAPED in a number of roles, including two years as the group’s president.

He also served for many years as the vice president of the CAPED Interest Groups, coordinating a cluster of programs representing CAPED professionals who serve students statewide with particular disabilities. The groups focus on such areas as assistive technology, adapted physical education programs, counseling and career development, and the needs of students with brain injuries, autism and developmental disabilities.

The Scuderi Award was created in the late 1990s to annually honor a CAPED member whose exemplary service to the organization – and the students it serves – stands out consistently over many years.

Dr. Rick Scuderi, for whom the award is named and who was its first recipient, said Matsui distinguished himself with his reliability and dedication.

“Mark is always there, serving as a visible leader or in the background. In fact, not one for flair, he prefers the background, quietly handling the nuts and bolts of preparations for special events and annual conventions throughout the years,” said Scuderi, also a former president of CAPED.

Matsui received a standing ovation when Scuderi announced him as the 2014 award recipient during CAPED’s annual convention in October.

Before coming to Rio Hondo College, Matsui served for 20 years as coordinator for the Disabled Students Programs and Services department at Long Beach City College (LBCC). He came to Long Beach after 10 years with California State University, Dominguez Hills, where he was coordinator of Disabled Student Services and Veterans Affairs, and director of Student Programs and Housing.

Matsui has also served on the board of directors for Disabled Resources Center in Long Beach. 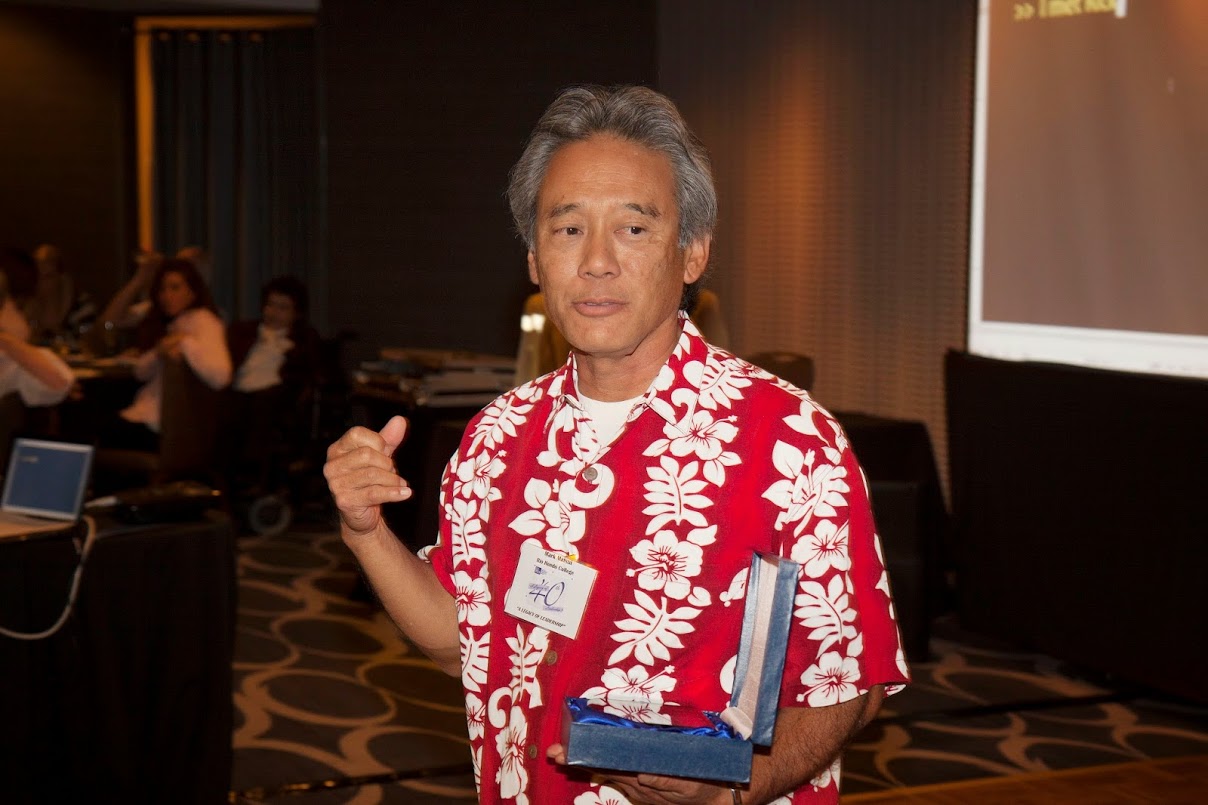