POMONA – Two Pomona Unified schools have funded a memorial scholarship and constructed high-tech science labs for elementary and high school students – including space for a robotics program – thanks to a $100,000 grant aimed at strengthening science, technology, engineering and math (STEM) programs.

La Verne Science and Technology Charter School and Palomares Academy of Health Sciences each received a $50,000 endowment from the Todd Family Foundation to establish science and technology facilities and programs. The donations were made in memory of Dr. Shane Todd, a scientist and Pomona Unified alumnus who died in 2012.

“These new science facilities are generating sparks of creativity in young minds,” Pomona Unified School District Board of Education President Andrew Wong said. “Thanks to the Todd family’s generosity, we are reinforcing our commitment to educate students in cutting-edge and in-demand fields.”

La Verne Science and Technology, a charter school focused on STEM programs, used the funding to build a modern science lab, which is open after school for its robotics programs. The school will continue to expand the use of this new science lab. Plans are in the works to establish a computer coding program.

The facility, dedicated as the “Dr. Shane Todd Science Lab,” is a teacher- and student-friendly space that features digital microscopes, computers for research, a teacher demonstration area, student work stations that foster collaboration and the latest in interactive science notebooks.

“These leading-edge learning tools are inspiring our students to explore science in ways that weren’t possible before,” La Verne Science and Technology Principal Dolores Lobaina said. “Through a plethora of new, hands-on activities, our students are learning how to tackle the hard questions.”

Palomares Academy of Health Sciences divided its share of the donation among several science-based projects, including a robotics program in its new Dr. Shane Todd Science Center and an outdoor atrium that encourages students to explore earth sciences.

In honor of Todd, described as a Renaissance Man, Palomares also established a scholarship program in which students submitted designs for a Renaissance Man mural. A reveal of the mural and the first-, second- and third-place winners of the scholarship will be named in May.

“The spirit and inspiration that Dr. Todd has brought to the Palomares Academy is part of his legacy,” Palomares Principal Camille Ramos-Beal said. “We are grateful to the Todd family for recognizing Palomares Academy as a beneficiary.”

LVSTC: La Verne Science and Technology students learn to conduct science experiments from students from Palomares Academy of Health Sciences in the school’s new science lab, which was dedicated as the “Dr. Shane Todd Science Lab” in September 2014.

PALOMARES: Palomares Academy of Health Sciences has a new Dr. Shane Todd Science Center for its robotics program and an outdoor atrium that encourages students to explore earth sciences. The atrium will include a student-designed mural, which will be revealed in May. 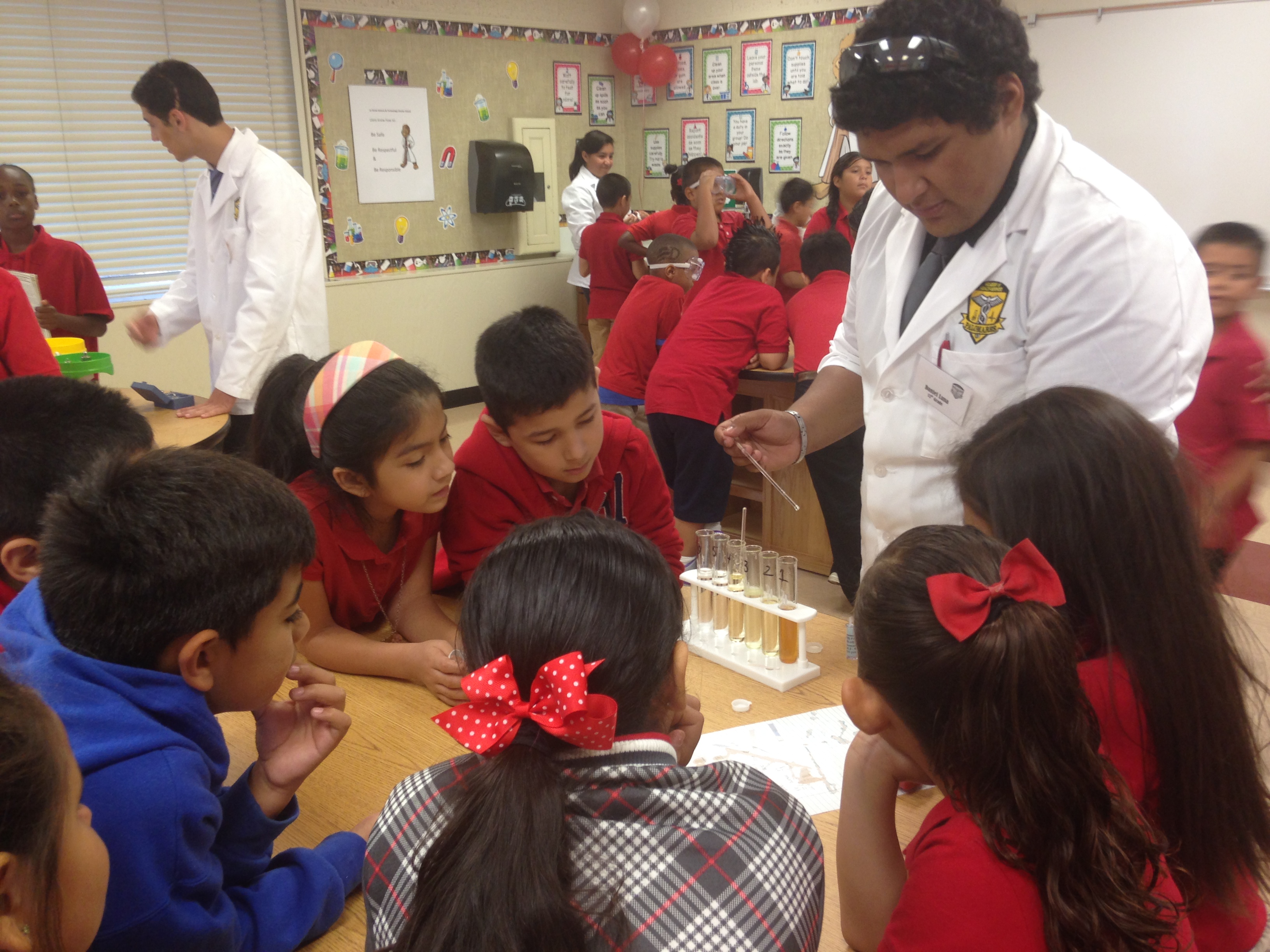