POMONA, Calif. – The Pomona Unified School District has launched a Dual Language Immersion program for the 2014-15 school year at Westmont Elementary, where more than 50 kindergarten students will learn how to read, write and communicate effectively in an English- and Spanish-language setting while achieving high levels of academic success.

The inaugural program is starting in two full-day kindergarten classes at Westmont, located at 1780 W. Ninth St., and will continue through the sixth-grade, ensuring students receive an exciting and challenging educational opportunity where they will gain the bilingual skills needed to succeed in a 21st century world.

“The great thing about Pomona Unified providing this enrichment program is that it gives our kids the opportunity to gain new skills, learn a new language and become prepared for success in a multicultural society,” said Board of Education President Frank Guzman. “Students enrolled in this program also have the chance to earn a State Seal of Biliteracy Award, which will go on their high school diploma and increase their marketability in an advancing global economy.”

The program follows a 50:50 model, where 50 percent of native English speakers and 50 percent of native Spanish speakers are enrolled in each class, enabling both sets of students to interact and learn new vocabulary skills. Teachers work in tandem to design lesson plans that incorporate and provide equal instructional time to both languages. All instructions are written and spoken in Spanish and English, and 30 minutes of daily English Language development is dedicated to English learners.

The program follows PUSD’s core curriculum and uses state-adopted materials. It also supports the Common Core State Standards, which is strengthened by the language-rich environment in which students are constantly communicating, creating, collaborating and using critical thinking skills.

As students advance in the program, they will demonstrate proficiency in both languages, navigating complex material in English and Spanish.

“We have various cultures in the class and they have been thriving and adapting really well since the first day of classes on Aug. 12,” said Westmont Principal Cynthia Badillo. “They will leave sixth-grade being fully biliterate, bilingual and bicultural. We have hard-working, excellent teachers who are going to help us be very successful with this program.”

Registration for the program begins in February for children who will be 5 years old by Sept. 1. Parents must complete an application, which will be assessed to determined students’ language proficiency. Fifty percent of the slots in the kindergarten program are reserved for native Spanish speakers. For those families who are not selected, the child will be placed on a wait list and parents will be notified by the end of June if a placement is available for the fall school year.

“Studies have shown that dual language students experience increased cognitive benefits and improved academic growth compared to their counterparts,” PUSD Superintendent Richard Martinez said. “It’s an excellent program supported by parents and the community for its goals of promoting biliteracy and bilingualism, leading these young learners to a brighter future.”

PUSD is also developing additional Dual Language Immersion programs in other parts of the District for the coming years, including a second English/Spanish program and a new English/Mandarin Chinese program.

For more information on the program, visit www.pusd.org/DLI.

PHOTO CAPTION: The Pomona Unified School District launched its Dual Language Immersion program for the 2014-15 school year at Westmont Elementary, where the program is starting in two full-day kindergarten classes and will continue through sixth-grade. The program includes 26 students in each class, who will learn how to read, write and communicate effectively in an English- and Spanish-language setting. 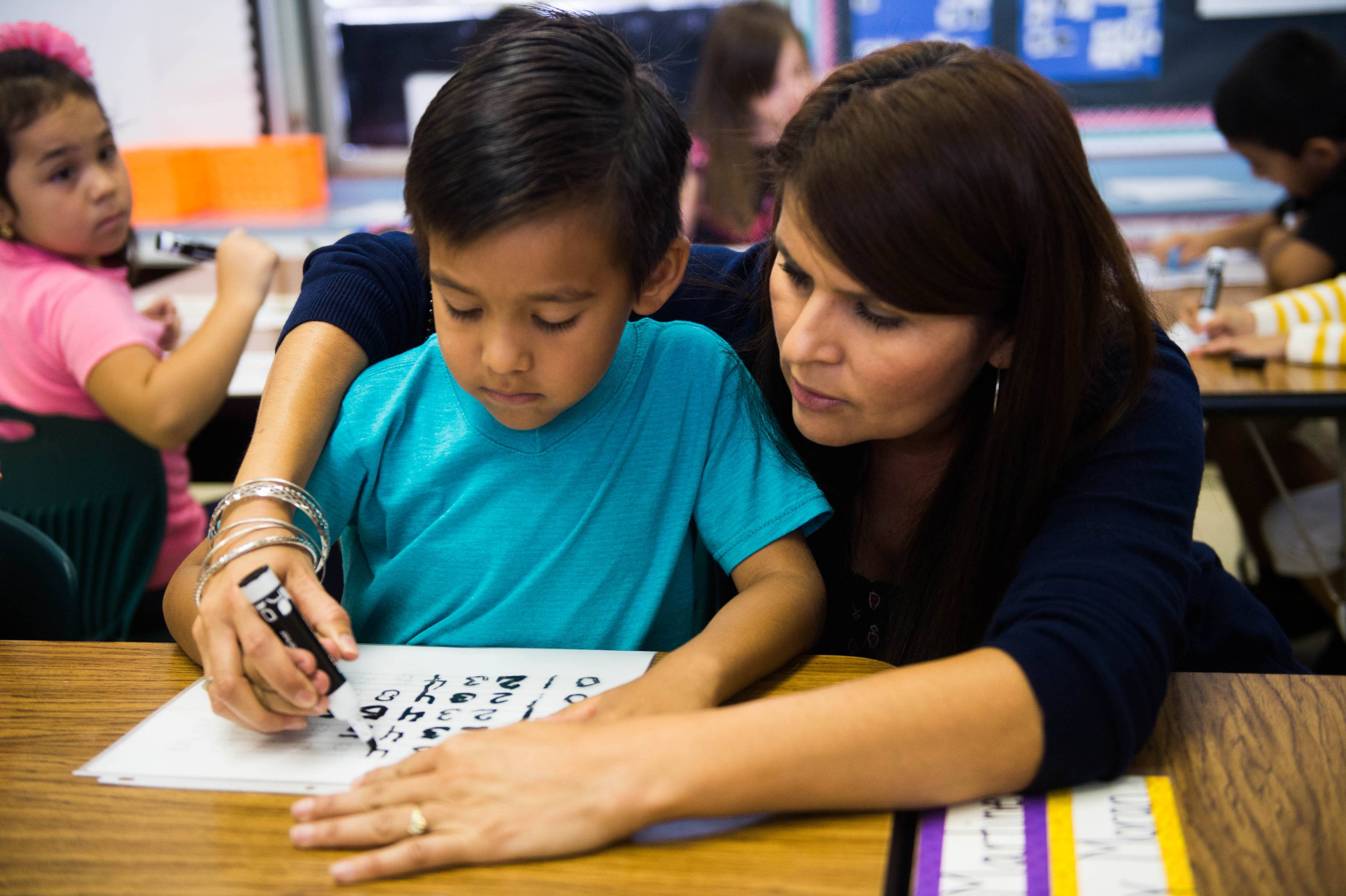 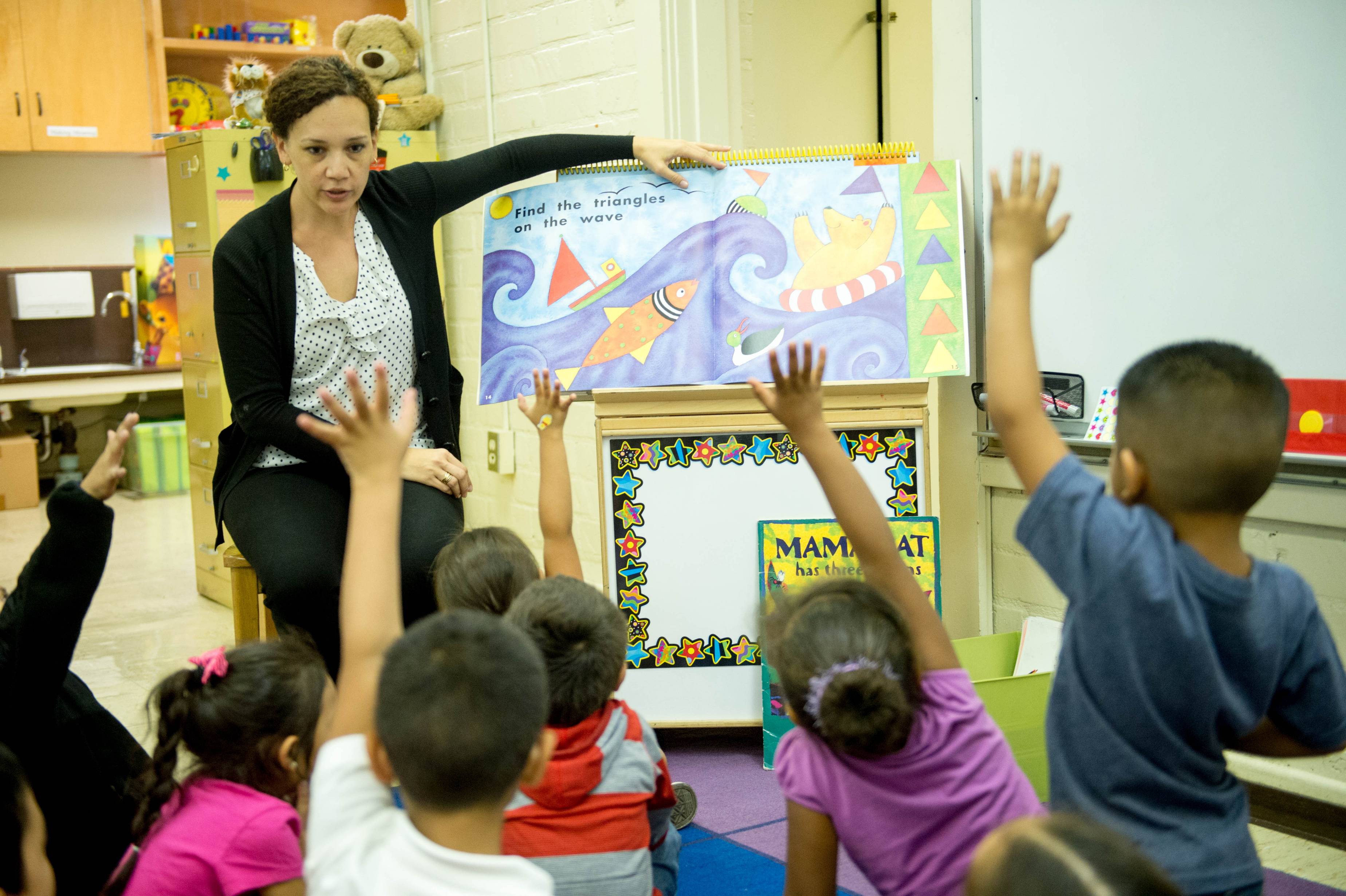